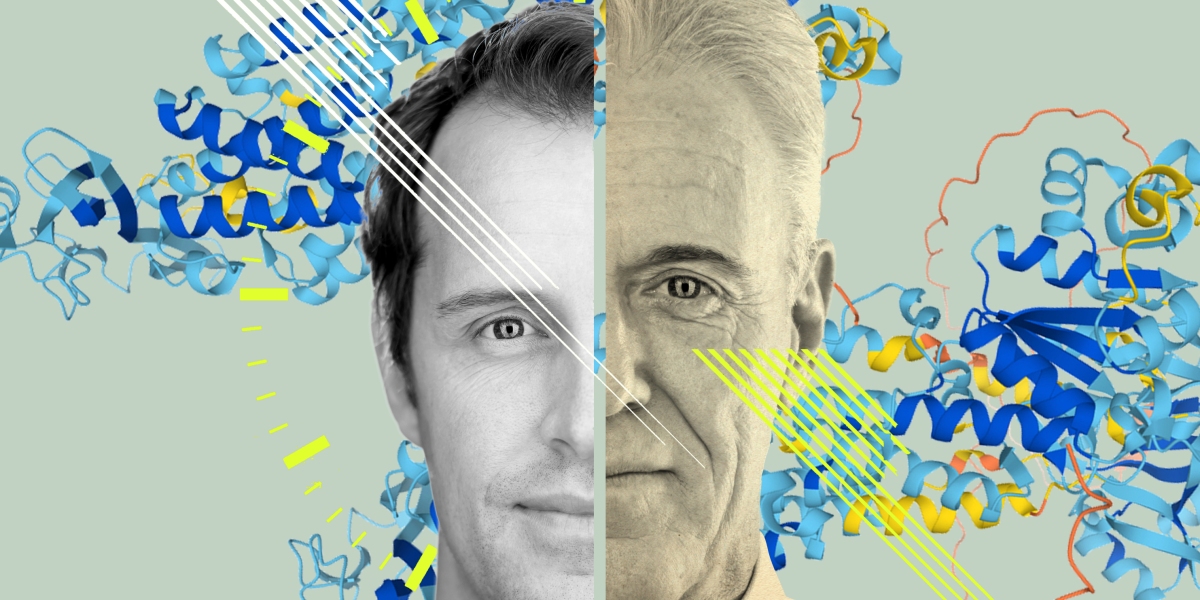 Most aging clocks estimate a person’s biological age based on patterns of epigenetic markers—specifically, chemical tags called methyl groups that are layered onto DNA and affect how genes are expressed. The pattern of this methylation across thousands of sites on DNA seems to change as we age, although it’s not clear why.

Some clocks promise to predict life span by estimating how a person’s body has aged, while others act more like a speedometer, tracking the pace of aging. Clocks have been developed for specific organs of the body, and for multiple animal species.

Proponents of aging clocks are already trying to use them to show that anti-aging interventions can make individuals biologically younger. But we don’t yet know enough about clocks, or what they tell us, to make such claims.

The first epigenetic aging clock was developed in 2011 when Steve Horvath at the University of California, Los Angeles, volunteered to participate in a study with his identical twin brother, Markus. The study was looking for epigenetic markers in saliva samples that might explain sexual orientation. (Steve is straight and Markus is gay.)

As a biostatistician, Horvath offered to analyze the results and found no link to sexual orientation. But he also looked for links between the volunteers’ age and epigenetic markers. “I fell off my chair, because the signal was huge for aging,” he says.

He found that patterns of methylation could predict a person’s age in years, although the estimates differed on average by around five years from each person’s chronological age.

Horvath has worked on aging clocks ever since. In 2013 he developed the eponymous Horvath clock, still among the best-known aging clocks today, which he calls a “pan-tissue” clock because it can estimate the age of pretty much any organ in the body. Horvath built the clock using methylation data from 8,000 samples representing 51 body tissues and cell types. With this data, he trained an algorithm to predict a person’s chronological age from a cell sample.

Other groups have developed similar clocks, and hundreds exist today. But Horvath estimates that fewer than 10 are widely used in human studies, primarily to assess how diet, lifestyle, or supplements might affect aging.

What can all these clocks tell us? It depends. Most clocks are designed to predict chronological age. But Morgan Levine at the Yale School of Medicine in New Haven, Connecticut, says: “To me, that’s not the goal. We can ask someone how old they are.”

In 2018, Levine, Horvath, and their colleagues developed a clock based on nine biomarkers, including blood levels of glucose and white blood cells, as well as a person’s age in years.

They used data collected from thousands of people in the US as part of a different study, which followed the participants for years. The resulting clock, called DNAm PhenoAge, is better at estimating biological age than clocks based solely on chronological age, says Levine.

A one-year increase in what Levine calls “phenotypic” age, according to the clock, is associated with a 9% increase in death from any cause, as well as an increased risk of dying from cancer, diabetes, or heart disease. If your biological age is higher than your chronological age, it’s fair to assume you’re aging faster than average, says Levine.

But that might not be the case, says Daniel Belsky at the Columbia University Mailman School of Public Health in New York City. He says there are many reasons why biological age might exceed a person’s years.

Belsky and his colleagues have developed a tool to more accurately measure the rate of biological aging, based on work that tracked the health outcomes of 954 volunteers at four ages between their mid-20s and mid-40s. The researchers looked at biomarkers believed to indicate how well various organs are functioning, as well as others linked to general health. Then they developed an epigenetic “speedometer” to predict how these values would change over time.

Another popular clock, also developed by Horvath and his colleagues, is called GrimAge, in a nod to the Grim Reaper. Horvath claims it’s the best at predicting mortality, and he’s been applying it to his own blood samples.

His results were consistent with his chronological age two years ago, he says, but when he ran another test around six months ago, his GrimAge was four years older than his age in years. That doesn’t mean Horvath has shaved four years off his life span—“You cannot directly relate it to how long you’ll live,” he says—but he thinks it means he’s aging faster than he should be, though he’s still puzzled as to why.

Others have used changes in their results to infer that their rate of aging has slowed, usually after they started taking a supplement. But in many cases, the change can be explained by the fact that many epigenetic aging clocks are “noisy”—prone to random errors that distort their results.

The problem is that at each area of the body where methyl groups attach to DNA, very slight changes take place over time. These subtle changes can be magnified by errors in methylation estimates. It ends up being a huge problem, says Levine, and results can wind up being off by decades.