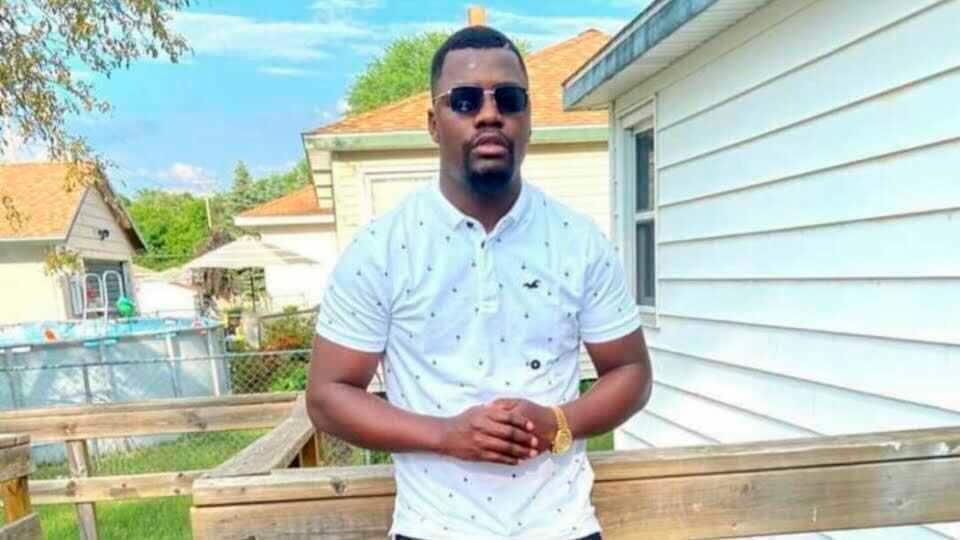 The man killed by a police officer in Grand Rapids, Mich., had just moved into his own place and was ready to settle down

GRAND RAPIDS, Mich. — Patrick Lyoya had just moved into a place of his own — a home with three bedrooms, he proudly told those close to him. He invited friends to drop by for a barbecue and his mom to stay overnight. At 26, he told his dad, he was ready to settle down.

The Lyoya family had come a long way in search of stability. After fleeing violence in the war-torn Democratic Republic of Congo, they spent more than a decade in a refugee camp in Malawi. In 2014, they won entry to the United States and landed in western Michigan, where Peter and Dorcas Lyoya worked odd jobs and shared a modest apartment with their six children.

Patrick, the couple’s oldest son, had a full-time job as a factory worker at a vehicle manufacturing plant in Grand Rapids. While he had sometimes struggled to find his way after arriving in the United States, he had big goals for himself — like buying a house for his mother.

But if he was striving for the American Dream, it would become an American nightmare. On April 4, Lyoya was shot to death by a Grand Rapids police officer who had stopped him after noticing his license plate didn’t match the car he was driving; the Detroit Free Press reported it belonged to his onetime roommate. Video of the encounter showed a foot chase and a struggle over a Taser. Lyoya was facedown in the grass when the officer, later identified as Christopher Schurr, fired a single shot into the back of his head.

“That’s why the family are so broken. Because he represented hope for them.”

Within minutes of being pulled over, Lyoya — who loved teaching traditional Congolese dances, and was quiet with strangers but a comedian to his friends — was dead.

“His biggest dream was to be able to purchase a home for his mom or build a home for his mom so she could be able to say, ‘My son, I brought you to America and now — ’ ” said fellow Congolese refugee and family friend, Patient Baraka. “And that’s why the family are so broken. Because he represented hope for them.”

That violence found them in America, the place that was supposed to offer safety, has shaken the Lyoyas and the larger Congolese refugee community in Grand Rapids, a city of 200,000 that’s less than an hour from the shores of Lake Michigan. At a steady stream of protests and news conferences held since the shooting, Peter and Dorcas Lyoya have spoken of their shock at losing their son to an American police officer.

In an interview at their apartment in Lansing, where photographs of Patrick hung on the walls, mourners crowded the living room and Congolese meals simmered on the stove, Peter Lyoya mentioned it again.

“When we came here to the U.S., we knew that we [ran] away from war and violence, and we came here to America, to a safe haven,” he said through Israel Siku, who has been acting as an interpreter for the family. “What is so surprising and astonishing is that I lost my son here, in America.”

That feeling is shared by many in Michigan’s growing Congolese refugee community.

Robert S. Womack, a commissioner in Kent County, which includes Grand Rapids, brought the family to meet with the chief of police days after the shooting and has been by their side since. Womack, who co-chairs the governor’s Black Leadership Advisory Council, described the Congolese community as “hurt and in shock” over what happened, noting that many refugees “never really got a chance to get briefed by us of our experience as Black people with the police.”

The Grand Rapids Police Department has been accused of bias, and a city-commissioned study found Black drivers were twice as likely to be pulled over as White drivers. After a series of high-profile incidents involving people of color, the Michigan Department of Civil Rights began investigating the agency in 2019. Lyoya’s shooting is being reviewed by the Michigan State Police; the Kent County prosecutor will decide whether criminal charges are warranted.

Police killing of Patrick Lyoya comes after past scrutiny and change

Womack said the African American community was “shocked” that the Congolese “didn’t believe that the police would do something like that.”

A friend of Lyoya who is also a refugee from Congo, Jonathan Mukendi, said he’s now more fearful of police. After Lyoya was killed, he said, an officer pulled him over in nearby Allendale and asked to look at his cellphone for proof he was going where he said he was.

Mukendi wondered whether police had the right to go through his phone. But, thinking of his dead friend, he was afraid to argue.

“What if I start arguing with him and there’s no camera, nobody there?” he asked. He added, “When it happens to one of your close people, you feel like, ‘Okay, this is real.’ ”

There were calls for change at Lyoya’s funeral, along with pleas that his death not be in vain. He was eulogized by the Rev. Al Sharpton, called an American of great distinction by Rep. Brenda Lawrence (D-Mich.) and mourned by a crowd of more than 1,500 whose members were often on their feet, some with fists raised.

His body lay in a white open casket draped in the blue flag of the Democratic Republic of Congo. He was dressed in a white suit with black lapels. A banner beneath the casket read “We have the right to live!” in multiple languages. A long line of people waited to pay their respects before the service; at least two leaned in to kiss him.

In the front row, his mother rocked back and forth, tears streaming down her face, and his father sat with his head bowed. At times, relatives slid to the floor in their grief.

“Patrick came to America looking for a better life,” Sharpton said during the eulogy, “and ran into an America we know all too well.”

Born in 1996, Lyoya arrived in the United States in his late teens and attended high school in Lansing before moving to the Grand Rapids area, about an hour away. There, his family said, he worked at a turkey company and then got the job manufacturing car parts.

On Facebook, he shared photographs of himself posing in stylish outfits — black jeans, studded shoes, colorful shirts. “Life is good no stress,” he wrote in the caption of one photo. “Happy with my life,” he wrote in another post. He liked soccer, music and dancing and attended a church where he occasionally helped interpret, said Mukendi’s brother Daniel, also a friend to Lyoya, who described him as “a good person” and “a cool guy.”

But Lyoya also ran into legal trouble, sometimes serving time in county jails. In 2015, the year after his family’s arrival in America, he was arrested on a charge of driving under the influence. He ultimately pleaded guilty, records show. More run-ins with law enforcement followed. They were usually misdemeanor driving-related offenses, such as driving without a license, failing to stop at the scene of an accident and unlawful use of a vehicle.

Lyoya seemed to allude to his troubles in a Facebook post from August 2020. He wrote of wanting to get things right, saying, “I’m the first son and I usually [expletive] it up.”

Family and friends remember Lyoya as generous and loving. The Mukendi brothers knew Lyoya from their shared childhood at the refugee camp in Malawi but lost touch when Lyoya’s family departed first. Years later and a world away, they ran into each other at a bus stop in Lansing.

“How amazing to see somebody you grew up with,” Daniel Mukendi mused. “We almost missed the bus.”

The Mukendi family was still unfamiliar with America, unsure how to navigate their new home. Lyoya gave them cellphones the next day and later bought them clothes, showed them where to shop, introduced them to American food and taught them how to drive. He went on to live with the Mukendis for years and called them a “second family.”

Lyoya’s father described him as hard-working, a “helper to the family.”

“Every time when Patrick was getting paid, he would call his siblings and say, ‘What would you like me to bring for you?’ ” Peter Lyoya said. “Patrick was the person that really took care of his siblings, his parents.”

He had thought his firstborn son would one day take his place as patriarch of the family. Instead, as a cold rain fell, he and his wife and children watched two gravediggers lower Patrick’s casket into a vault and place it into a hole in the earth. Mourners formed a circle around the grave, singing in Swahili. One by one, friends and family approached carrying flowers.

His mother peered into the cavernous pit and cried as she remembered her son telling her about the house with three bedrooms. She asked, “Is this the house you told me that you rented?”

“Patrick,” she continued, “I just want to tell you to go in peace.”