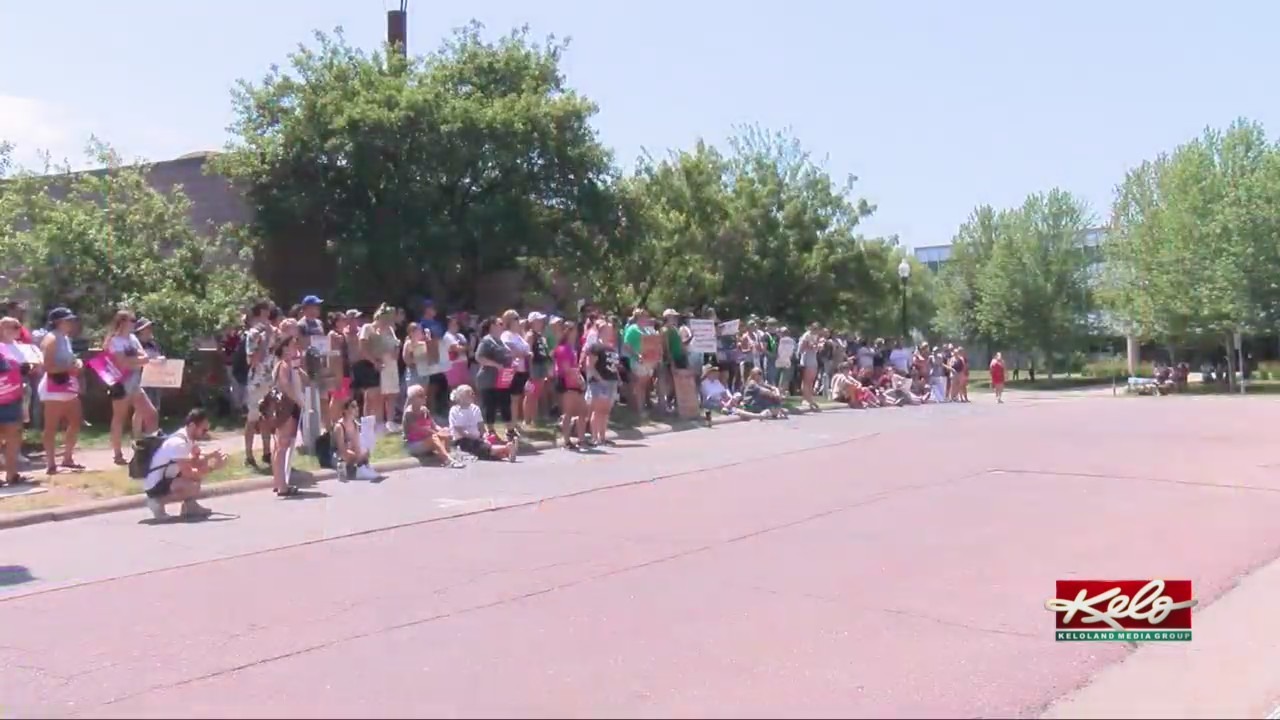 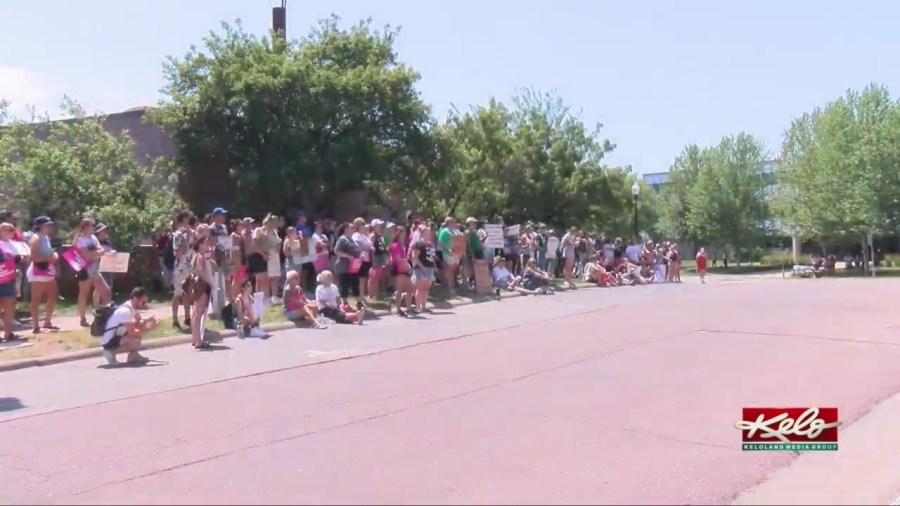 “We are at a historical moment where half of the country has lost a constitutional right, and our state is one of the most hostile for abortion rights,” said Jett Jonelis, Advocacy Manager for the ACLU of South Dakota.

The rally took place at the Minnehaha County Courthouse.

“We are bound together in this fight.”

Speakers from Planned Parenthood, ACLU, South Dakota Urban Indian Health, Sioux Falls Pride and The Transformation Project spoke about their worries and plans. After the rally, demonstrators moved to Van Eps Park where organizers shared information about resources and causes.

“We just wanted to make some noise, get loud, use our voices but then keep it really peaceful and just join together to talk about how we can make this movement a better space for most people,” Hayward said.

“Those who oppose our US Supreme Court’s decision on June 24 have every constitutional right to peacefully protest. But South Dakota Right to Life will not be involved in any counter rallies across the state,” Bartscher said.

He says his organization plans to keep working toward their goal.

“We will continue to fulfill our mission of defending innocent human life from conception to natural death as we look forward to the day when elective abortion is both illegal and unthinkable in our great state and across the nation,” Bartscher said.

Abortion is now illegal in South Dakota, with one exception: to save a pregnant person’s life.