A look at the political situation over Jackson garbage contract 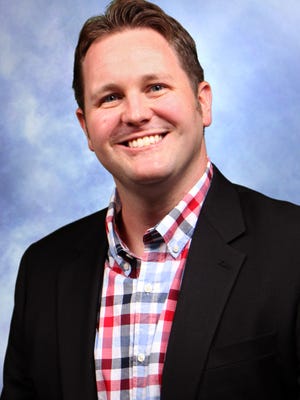 Last week when Millsaps College political science Professor Nathan Shrader tuned into developments about the city’s garbage collection contract, he said there was a moment when everything shifted.

The Jackson resident said that moment was when Mayor Chokwe Antar Lumumba used his veto power on an ordinance to ratify an emergency contract for Richard’s Disposal Inc.

Members of the Jackson City Council thought the contract was dead and couldn’t be voted on. The mayor’s view was they voted no for it and his veto reversed that action.

“We jumped the shark,” said Shrader, who worked in county and state government and campaigns before joining academia. “But you don’t need a law degree or a PhD or to have taken a 1000 level government class to understand that is not how it works.”

Shrader said a drawn out showdown between the council and mayor over a garbage contract such as the one that has played out for more than a year in Jackson can have an impact on the city, residents and local government.

Here’s a look at some of the political issues surrounding the awarding of a garbage contract.

It is also the council’s job to ask tough questions relating to funding and contracts, he said.

But what is his political outlook on Jackson’s current garbage contract situation?

Shrader said it’s not the norm and neither are officials trading personal attacks publicly and disagreements playing out in the courts.

The longer the contract dispute drags out, it hurts the city, he said.

Recent Census data shows the Jackson area lost residents to other counties and states. Shrader said the main goal of Hinds County and the City of Jackson should be making Jackson a great place to live and to do business.

The garbage dispute can go against that goal, he said.

Jackson residents care about garbage being picked up, not a vendor

The mayor and councilmembers have talked about the cost of a garbage contract and how to get the best services for residents, but more simply, Shrader said residents want their garbage to be picked up and service to be reliable.

Lumumba asked residents for patience and placed blame for Richard’s Disposal Inc.’s pick up delays on the former vendor, Waste Management, accusing the company of closing a transfer station early and blocking access for the company to drop off garbage.

“A lot of folks felt like the one city service that was carried out well was trash service,” said Shrader of the garbage collection prior to contract getting mired in legal disputes.

‘This is now about personality and politics. We’ve moved far from policy’

Conflict over a garbage contract may have started out over policy, but Shrader said the situation has taken more of a personal shift.

Several times, the mayor has claimed some members of the council have ties to Waste Management.

“What I am saying plainly and simply is that I believe members of our council … have accepted bribes and are steering a contract,” Lumumba said during a Feb. 28 press conference.

After naming Councilmen Kenneth Stokes and Ashby Foote by name in the press conference, Stokes, in interviews with television stations, accused the mayor of being on illegal drugs.

In response to the mayor’s actions, the council passed a resolution expressing “extreme disapproval” of Lumumba’s comments.

At a March council meeting, Stokes said he planned to sue the mayor for slander over the comments.

Shrader said it is not uncommon for those kinds of allegations to take place in politics, but politicians don’t always make them publicly. If elected city officials are making accusations against each other without evidence, he said, that shows a breakdown in trust.

“Your word really is your bond,” Shrader said about trust in all levels of government. “Once that trust is broken, it is hard to put it back to together.”

The council and mayor still have to work together on other issues including water, road infrastructure, crime and school funding.

Shrader wonders how they are going to continue to get the city’s business done in a productive way.

What could the garbage situation mean for the mayor, councilmembers?

When people vote for a mayor or city councilmember, something as specific as how they will handle a garbage contract usually doesn’t come up or is considered.

But when service isn’t going well and there is an ongoing battle over a contract, Shrader said people pay attention and may make those frustrations known when those city officials are up for reelection.

In Jackson, most of the councilmembers won’t face election for several years, and Lumumba has three years left in his second term as mayor.

Specifically for Lumumba, Shrader said the garbage dispute has made things more difficult for the mayor because he is using much of his political capital.

Although Lumumba was elected and reelected by large margins, he still needs to maintain enough political capital throughout his term, Shrader said.

“I don’t understand why this is the proverbial hill for the administration to die on,” he said. “There will be other contracts.”