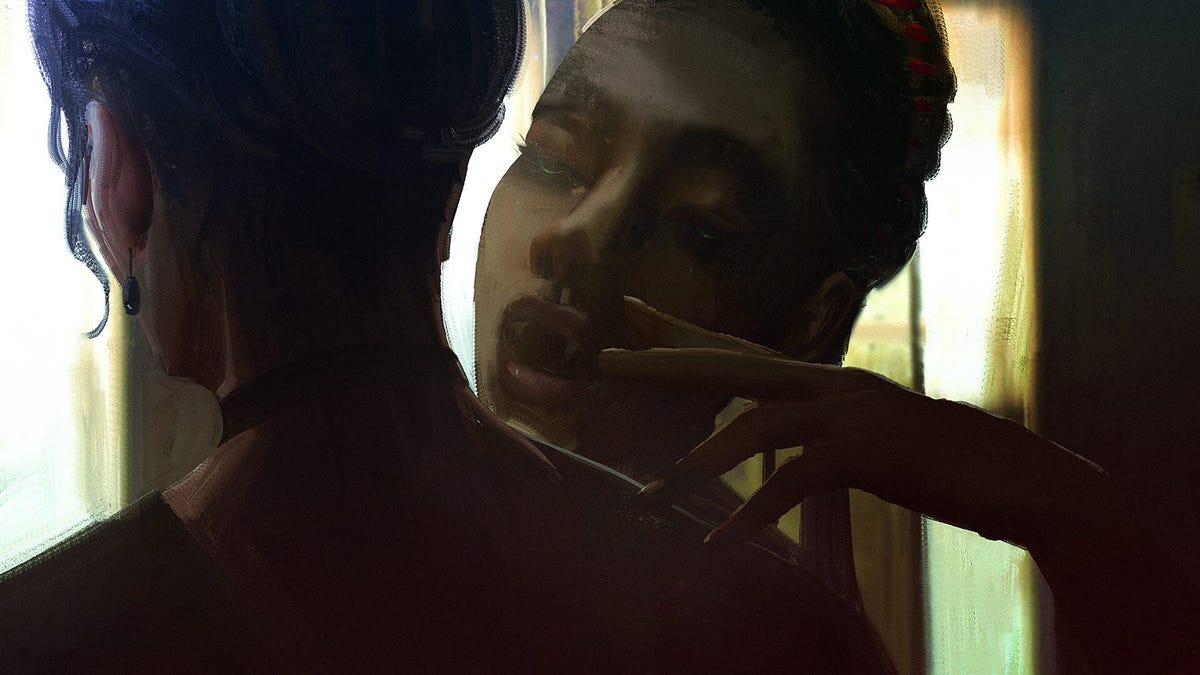 Any video game bearing the title Vampire: The Masquerade has a lot of heavy lifting to do. With the legacy of the cult-favorite hot mess that is Bloodlines, and the AWOL status of Bloodlines 2, many VtM fans (my fellow kindred) have an ever-lingering hunger to see this classic setting finally get its proper execution in a video game. The latest contender is Big Bad Wolf Studio’s Vampire: The Masquerade – Swansong, out on Thursday for all major consoles and PC via Epic Games Store.

From the team behind 2018’s The Council, Swansong is like a Telltale game, a Quantic Dream adventure (in a good way), and maybe Life is Strange all strung together, with a decent-enough narrative RPG system in which you take control of three different vampires amid typical VtM-style intrigue. The Prince of Boston is on alert and the protagonists must investigate, mop up, and play some vampiric politicking under the cloak of night. You’ll be sneaking around crime scenes, vampire lairs, coaxing information out of NPCs, solving puzzles, and unraveling secrets. Activating your powers spikes your Hunger, so you’ll need to feed on humans in safe areas—preferably without killing them—meaning there’s a bit of resource management at play. So, is this latest digital trek to the classic World of Darkness setting the experience many of us have been hoping for?

After a few evenings playing on PC and Steam Deck, it’s clear that Vampire: The Masquerade – Swansong stumbles and disappoints in certain key areas. But before we act too swiftly and sentence this one to final death before the vampiric court of the Camarilla, allow me to make the case that, based on my time so far, this is perhaps one of the smartest and most intriguing video game adaptations of a World of Darkness RPG in recent memory.

Let’s get a few things out of the way first. This is very much a Vampire: The Masquerade game, but if you don’t know your Malkavians from your Tremeres, and aren’t sure what separates an Embrace from a Blood Bond, don’t fret too much. While VtM relies on a highly detailed, privatized vocabulary of this world’s specific treatment of vampiric horror, Swansong is more than helpful in providing definitions for its in-world language, with pop-ups on screen every time a character says a keyword, along with an inviting storyline that naturally embraces players who may not be as familiar with the franchise’s language and lore.

This is a nice 101 course for VtM. Veterans of the tabletop games will feel right at home—in fact, I think VtM fans might just find this to be an essential game to play for anyone interested in the tabletop experience, and this fictional world in general. As a World of Darkness experience, it seems to utilize its source material exceedingly well, with a charged story about power, identity, memory, and society: all things we kindred come back to Vampire for.

As a video game, Swansong has some serious rough edges, and often fails to be as helpful as it could be in defining its mechanics. You may also be prone to wandering around in circles with a feeling of “where the hell do I go now?”

On top of that, it’s best to screenshot the initial tutorials, because for the life of me I can’t find any in-game help that reiterates how Hunger and Willpower work, for example. Sure, I’m familiar with the terms from the tabletop, but this game borrows language from the 5th Edition of Vampire: The Masquerade and tweaks it ever so slightly to fit this narrative RPG style the game aims for. It works in practice. Really well in fact. I feel like I’m at the table playing VtM as both a player and a storyteller, but I do wish I could have another chance to be reminded of how some of its rules work.

For a boldly ambitious game that focuses so much on character interaction and exploration, it’s a shame that Swansong so frequently slips up in its execution. Some characters look very wooden; facial expressions are…interesting. Hair moves weirdly, clothing clips through character models in all the wrong areas. Walking animations, movement speed, and restrictive environments early on all make the game sometimes feel a bit too limiting. I wish there was a bit more freedom, particularly in the opening areas. Despite these shortcomings, this is a lush, dark, inviting, and terrifying world, full of the kinds of spaces a veteran storyteller might describe to a table crammed with players. Accompanied by a perfect soundtrack, mostly excellent voice acting, and a story worthy of its source material, as a VtM fan it’s hard not to find it all rather intoxicating.

The resulting experience centers drama (there’s always drama in Vampire) around compelling characters who are written in a way that doesn’t just lazily rely on the usual vampire clan stereotypes. Each of your three avatars, who you take turns controlling, are unique individuals forced to deal with the unique political and philosophical complications of being a vampire in the eternal masquerade. Nowhere is this more evident than in the treatment of its Malkavian character, Leysha. Initially, I was worried that her behavior might fly too close to Bloodlines’ Jeanette, who was funny at times, but often perpetuated tired and harmful representations of female personality disorders and mental illness.

In contrast, Leysha is a remarkable character who must survive in a broader society that would see her killed for who she is while acting on behalf of a political organization more concerned with using her than accepting her for who she is. I find her struggle to know what’s real, her inability to trust her own perceptions or know if she can truly trust others, a very compelling aspect of Malkavians as well as this setting. And with TTRPGs, the ability to explore these topics is the very reason we see so many queer and trans people attest to gaining insight into their own identities at the table.

Leysha has been the first character I pick in every new scene and, for me, is the main character of this story. I don’t want to undersell the other two characters, though, because they really are outstanding too. The way their individual narratives intersect with the broader story is really compelling and bodes well for how the remainder of the game will play out.

Video games based on TTRPGs can easily simulate combat systems. Just look at Baldur’s Gate or, to be honest, every turn-based RPG out there. Beyond damage and hit points, though, most struggle. Cyberpunk 2077 might capture its genre and source material well enough in some of its side-quests, but like the recent Werewolf: The Apocalypse – Earthblood, it fell into the trap of centering combat as the primary reason to level up and engage with its world. Vampire: The Masquerade – Swansong, as well as 2020’s Werewolf: The Apocalypse – Heart of the Forest, are TTRPG video game adaptations that are interested in capturing the other part of the tabletop experience, focusing on letting you engage with a rich story and a dense world of lore with fascinating characters front and center.

It may be messy in a number of ways, but I think Swansong will prove an important milestone for video game adaptations of tabletop storytelling games, one I’m hoping will set a new precedent and provide sources of inspiration for more ambitious titles to come.