A crucial week for France and for Europe 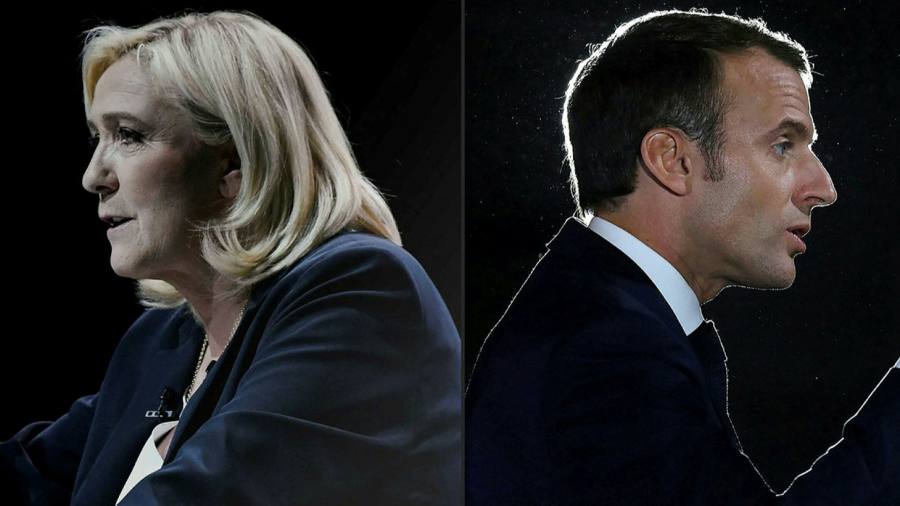 As France enters the final week of its presidential election campaign, the stakes could not be higher. If Emmanuel Macron wins, he will be the first French president to secure re-election since Jacques Chirac in 2002. With a new mandate, Macron will be in a strong position to push ahead with his ambitious plans for France and the EU.

But if Marine Le Pen wins, it will be a political earthquake to rival Brexit and the election of Donald Trump as US president in 2016. The victory of a fervent nationalist and Eurosceptic would throw the future of the EU into doubt. Le Pen’s agenda on immigration and Islam would also threaten social stability in France.

Twenty years ago, Jean-Marie Le Pen, the founder of the far-right National Front, received less than 18 per cent of the vote in the final round of the presidential election. A generation later his daughter, Marine, is within touching distance of the presidency — polls suggest she will gain the support of at least 45 per cent of voters. The TV debate between Macron and Le Pen on Wednesday will be crucial, and could yet alter the dynamics of the race.

The fact that Le Pen is faring so well is testimony both to the radicalisation of the French electorate and to her own successful attempts to soften her image. In the first round of voting on April 10, some 57 per cent of French voters opted for candidates from either the far-right or the far-left.

These days, Le Pen rejects the label “far right”. Like Macron, she insists that she is neither left nor right. In her campaign, she has shrewdly concentrated on economics and the cost-of-living — presenting herself as the candidate of the hard-pressed French workers and Macron as the champion of an out-of-touch metropolitan elite.

Le Pen has also softened her personal and political style. She smiles a lot, speaks calmly and has mastered the art of sounding reasonable.

In reality, however, the domestic and international agenda of Le Pen remains radical, dangerous, and internally inconsistent. It is Macron’s task, over the coming crucial week, to expose those flaws.

The French president should, in particular, be unforgiving in linking his opponent to Vladimir Putin. Le Pen insists that she has only met the Russian president once and that her party was forced to borrow money from a Russian bank in 2014 because it was being shunned by French financial institutions. In reality, there are longstanding ideological links between Le Pen and Putin. As recently as 2017, she cited Russia’s president as exemplifying her approach to politics.

Le Pen’s domestic and international policies are also riddled with contradictions. At home, she is proposing a classic populist mix of higher spending, lower taxes and early retirement — combined with protectionism and restrictions on foreign labour. That mix of policies would hurt the very workers she claims to be championing.

A key element in the softening of Le Pen’s image has been the adoption of a more emollient-sounding approach to the EU. These days she is no longer an advocate of Frexit. But her insistence that French law should be given primacy over EU law would amount to Frexit by another name. The policies of national preferences for French workers and industry, if pushed through, are also clearly incompatible with being part of the EU’s single market. Le Pen refuses to acknowledge the logical consequences of her policy pledges, so Macron must pin her down.

The French president has left it late to begin campaigning in earnest. He must use this last, crucial week to good effect.