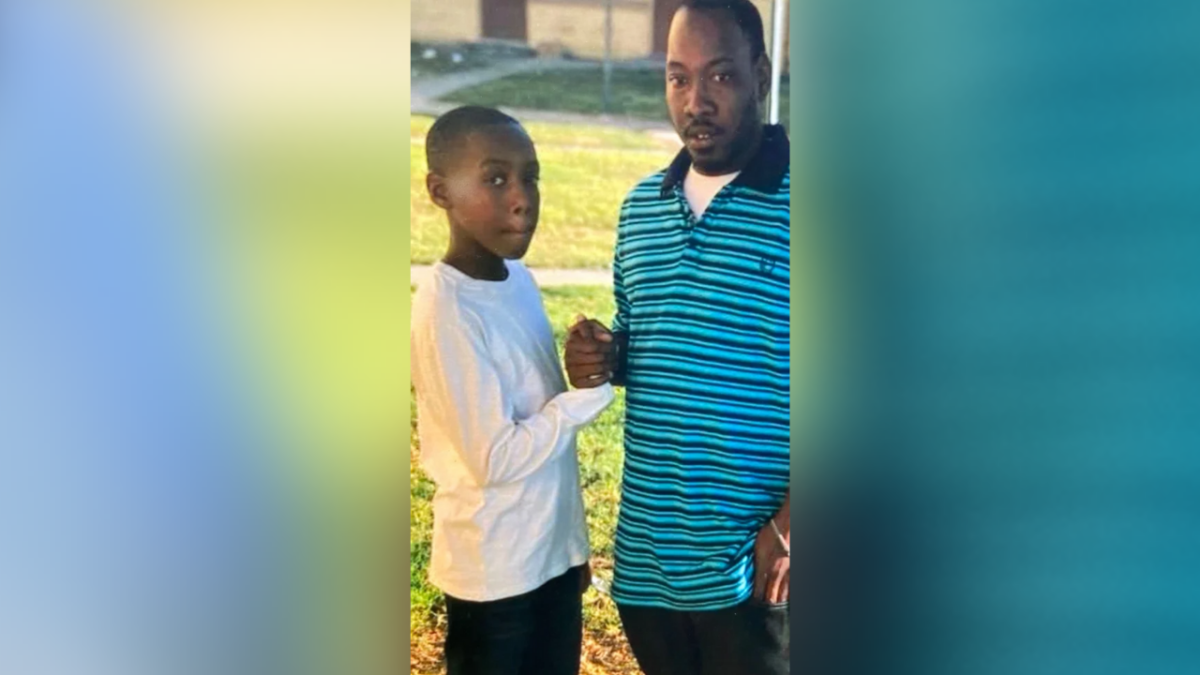 Peel was dropping off his son’s school clothes when the two were walking near 114th Street and Hooper Avenue. LAPD South Bureau Homicide detectives say it was just after 9 p.m. when a dark-colored compact SUV turned the corner and a man jumped out.

Multiple shots were fired toward Peel and his son who both took off running to escape. His son did. Calvin did not. He collapsed near the corner in front of a wall that bears the remnants of many killings before. And that’s when the shooter stood over him and shot him one more time, says LAPD Officer Jocelyn Baguinat.

Calvin’s family sees it as an execution, stealing from them the family men they knew so well – a man that spent his whole life fighting for it.

“He was born with fluid on his brain,” Rivers says. “He was a daddy, brother, uncle, son, cousin, friend.”

But one thing she says he was not: a gang member.

“That wasn’t meant for him,” Rivers says of the barrage of bullets that flew that night. “He was just doing his daddy duties and taking his son some school clothes.”

Police say the night this happened, the crime scene was surrounded by witnesses. They’re hoping someone will have the courage to come forward – even in an area known to have multiple gang affiliations.

“We know there’s people out there that know what happened here and we just want them to come out and speak up for this victim who can’t speak for himself,” says Baguinat.

There is a $50,000 reward for information in the case – a hefty price for anyone that could help police solve the murder and bring Peel’s family – and his son who escaped the gunfire – peace. Anyone with information can call LAPD South Bureau Homicide at 323-786-5113.