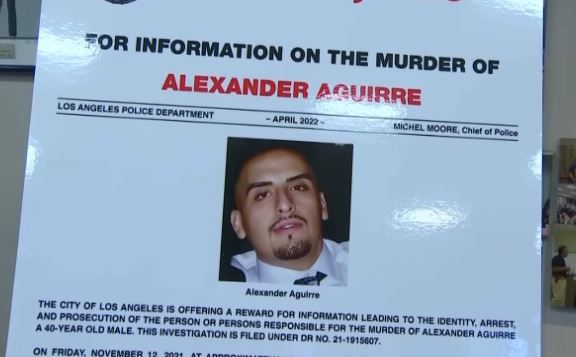 A reward of up to $50,000 was offered Monday to help solve the murder of a Sylmar man who was shot and killed in November.

The shooter gunned down Aguirre in a parking lot, police said. Police have not identified a motive.

The victim’s brother spoke Monday at a news conference announcing the reward.

“He was the heartbeat of our family,” Aguirre’s brother David Aguirre, said at a news conference Monday. “We were there recently, just visiting the site of where he was killed, and then some lady comes out, unexpectedly, and said, ‘Oh, you guys know the gentleman — he was such a sweet gentleman; every time I would come out, he would see me sweeping, he would come and help me do my chores …

“He was that person. He would just lend out his hand, wherever he could.”

There were no details about the shooter’s description.

The reward was offered by the Los Angeles City Council.