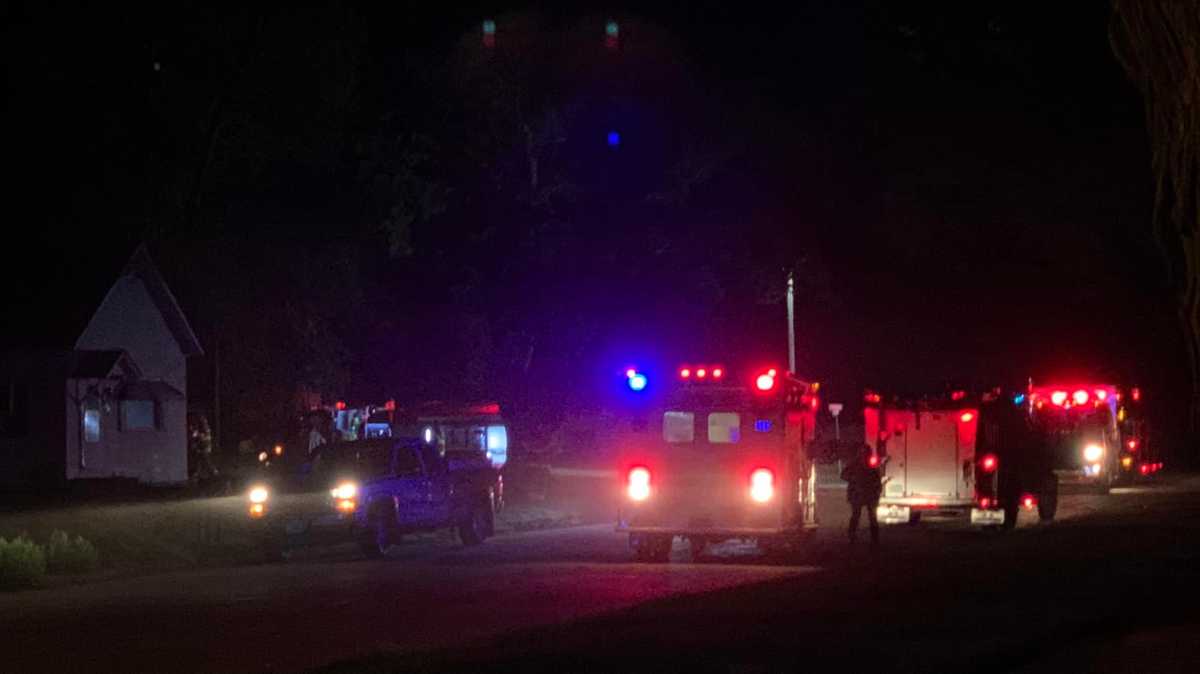 Four people were found dead Thursday in two separate homes in a northeast Nebraska town, and authorities said fire was involved at both locations.Around 3 a.m., the Cedar County Sheriff’s Office responded to a call about an explosion at a residence in Laurel and fire teams found a person dead inside the home, according to the Nebraska State Patrol.As investigators arrived at the scene, a second fire was reported a few blocks away, authorities said.Three people were found dead in the second residence and fire crews worked to preserve evidence while putting out the fire, according to Nebraska State Patrol. Investigators are still processing the second scene.”This is a tiny, safe community, we aren’t sure if they knew each other, but everyone knows everyone in this community,” Cedar County Sheriff Larry Koranda said. “If people see something out of the ordinary, call the state patrol.”The 4 were found dead at two different crime scenes that are about five blocks apart in Laurel, Nebraska, is home to fewer than 1,000 people and is about 100 northwest of Omaha.Shortly after the second fire, a silver sedan, reportedly driven by a Black male, was seen leaving Laurel and may have picked up a passenger before leaving town, according to the Nebraska State Patrol.Law enforcement said it’s possible the suspects received burn injuries. The Nebraska State Patrol said they are looking for security cam footage that may aid the investigation.The state patrol is investigating if there’s a connection between the two fires, Thomas told sister station KETV.

Four people were found dead Thursday in two homes in a small community in northeastern Nebraska, and schools and most businesses went on lockdown as a precaution at the recommendation of police, officials said.

Cody Thomas, a spokesman for the Nebraska State Patrol, said he didn’t know how many people were found dead or how anyone died, but that fire “was involved” at both houses. He said state investigators were headed to Laurel and would likely take the lead in investigating what happened.

Most businesses, a senior center, and schools voluntarily went on lockdown at the recommendation of police, said Lori Hansen, a clerical assistant at the Laurel City Hall. She said she had no other information about what was happening at the police scenes.

“We’ve been listening to TV to try to find out what’s going on,” she said.

A woman who answered the phone at the Cedar County Sheriff’s Office said she had no information about the deaths and that she was the only person in the office.

Laurel is home to fewer than 1,000 people and is located about 100 miles northwest of Omaha.

The patrol plans to hold a news conference later Thursday to discuss its findings.