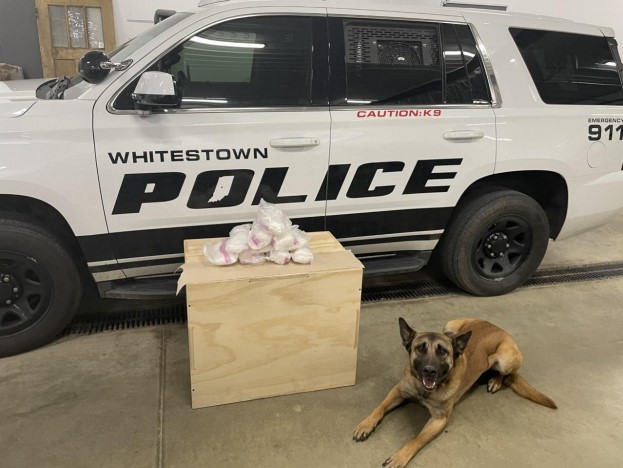 WHITESTOWN, Ind. — Whitestown police are crediting a K-9 officer with helping find 10 pounds of hidden methamphetamine during a traffic stop on I-65.

According to police, K-9 Officer Whitney Lushin pulled over a speeding driver on I-65 Monday night.

When he approached the vehicle, he could smell marijuana. After an interview with the driver, Lushin’s K-9 partner AL joined a probe of the vehicle and detected something suspicious about the vehicle’s dashboard.

A search warrant was issued, and police dismantled the dashboard and found 10 bags of meth, all individually wrapped and tucked underneath.

Investigators believe the driver, 25-year-old Jordan Huff of Chicago, was transferring the drugs from Atlanta to Chicago.

“Smart police work led to a large bust,” said Whitestown Police Chief Scott Rolston. “We know these drugs are traveling through our town and we are dedicated to catching and charging these criminals who think they can get away with it. I’m proud of our officers and how dedicated they are to keeping our town safe.”