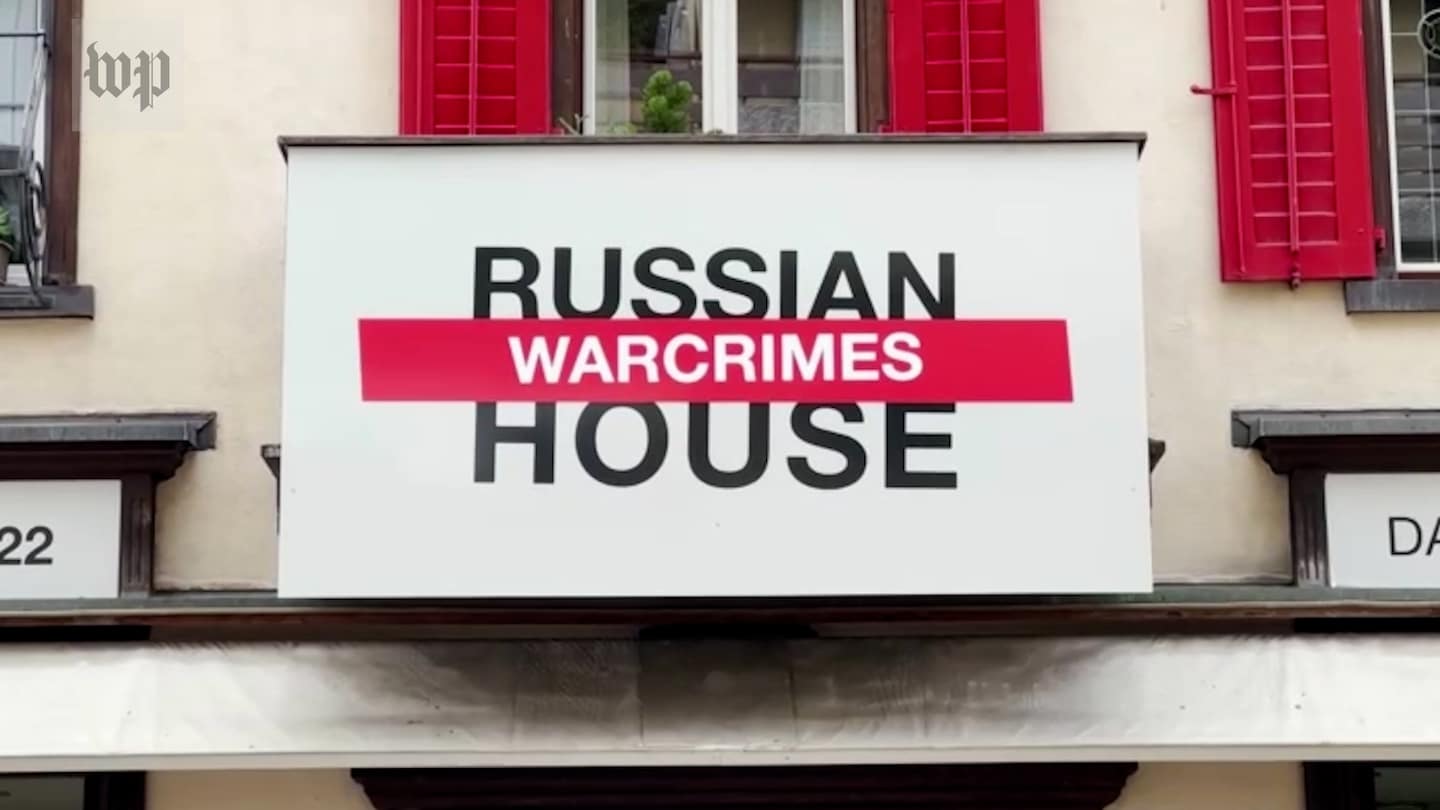 DAVOS, Switzerland — Ukrainian President Volodymyr Zelensky urged the world’s political and business elite to set “new precedents” for punishment for Russia’s invasion of his country, calling for attendees at the opening session of the World Economic Forum to “decide whether brute force will rule the world.”

“Ukraine is short on time,” President Volodymyr Zelensky said on Monday in a virtual address from Kyiv to the mountain-ringed halls of Davos. “This year, the words ‘turning point’ are to become more than just a rhetorical phrase,” Zelensky said in a nod to the meeting’s theme, “History at a Turning Point.”

Zelensky’s words were heard at the strangest of Davos forums, where for more than 50 years political and financial elites and even adversaries have chummily met in a Swiss ski resort town to debate global economic perils and possibilities. War has hardened relationships since the Russian invasion of Ukraine in February, though, and a walk past the “Russia House” where no one from Russia could be found offered a vivid example.

The Russia House once was a standard fixture of Russian soft power at Davos and an outpost of the Russian lobbying group Roscongress Foundation. On Monday, the site where Russian and international officials had regularly met for cocktail-fueled schmoozing, had signs in its windows from Ukrainian activists and allies: “This used to be the Russian House in Davos. Now it’s the Russian War Crimes House in Davos.”

No Russian representatives, from government nor business, were invited to this year’s Davos forum, which usually takes place in the winter. .It is the first forum since the 1990s — when armed conflicts broke among nations of the former Yugoslavia — to be held while war rages on the continent.

Zelensky took note of the new look of Russia House and named it as the “Russian War Crimes House.”

“Russia has done it to itself by becoming a state of war criminals,” he said in the video address.

Zelensky also urged business leaders to carry out a “complete withdrawal of foreign businesses” in Russia and relocate their enterprises to Ukraine. He called for international assistance to unblock his country’s Black Sea ports to speed Ukrainian agricultural exports to countries around the world, and he floated the idea of a diplomatic “corridor” to move these goods.

The Ukrainian president expressed thanks for the military aid and equipment rushed to the country, as well as to the “hundreds of millions of people in democratic countries” who he said were putting pressure on their governments to confront the Russian invasion.

But he added that if Ukraine’s long-standing pleas for better weaponry and stiffer sanctions on Russia had been heard earlier, Russia probably would not have been able to invade.

Zelensky stressed that, whenever the war ends, Ukraine’s allies need to create the security and political conditions that will dissuade Russia from invading again. And he had data to consider: So far, Ukraine has sustained at least half a trillion dollars in losses, he said.

“With a neighbor like this, anything can happen any time, and the war may repeat itself,” Zelensky said.

Senior Ukrainian officials are slated to attend Davos in person, including the foreign minister, two deputy prime ministers and the mayor of Kyiv, and there are a slew of Ukraine-related panels at the conference. One panel focuses on humanitarian needs, another is about “health care in times of crisis,” and another addresses food deficits triggered by the loss of farming in Ukraine, an economy that fed a global supply chain of grains and cooking oil.

In shadow of war, there’s no ‘business as usual’ in Davos

The United States and other nations have determined that Russian troops have committed war crimes, citing intelligence and documentation execution-style killings on civilians in the port city of Mariupol. President Biden has called the invasion a “genocide.” Russia has said the allegations false and no war crimes are being committed in Ukraine.

The Victor Pinchuk Foundation and the PinchukArtCentre worked with Ukrainian officials, artists and media outlets to turn Russia House into a space that “highlight how Ukrainians defend democracy and their freedom not only in a physical war, but also in a social and political front,” the foundation said in a statement.

The foundation, named for Ukrainian oligarch and businessman Victor Pinchuk, “aims to inform about the main facts, share faces, names and dates and provide at least some of the victims a platform from which to tell their real story.”

Ishaan Tharoor in Davos, Switzerland, contributed to this report.