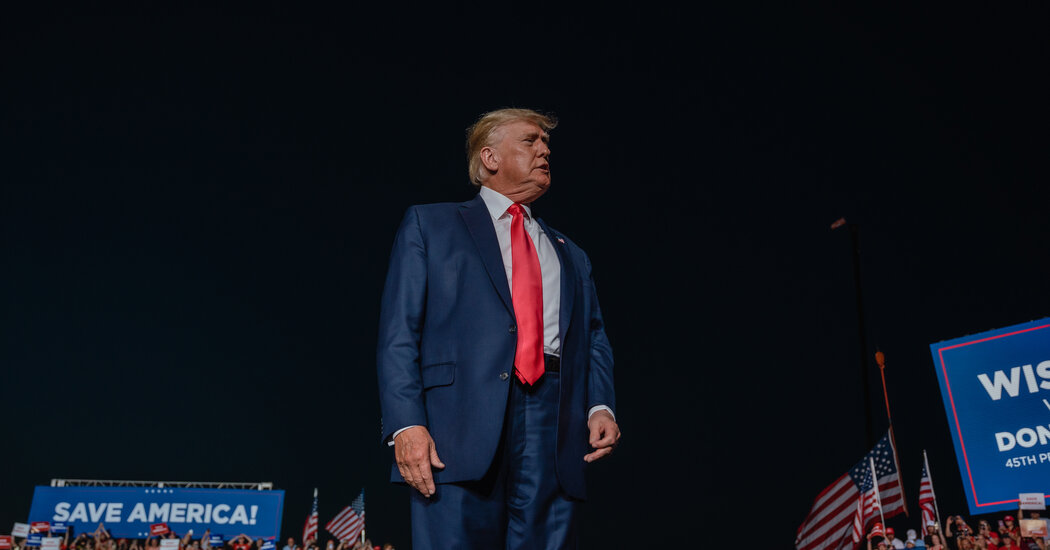 Donald Trump’s family real estate business was convicted yesterday of tax fraud and other financial crimes, a remarkable rebuke of the former president’s company and what prosecutors described as its “culture of fraud and deception.”

The conviction on all 17 counts, after more than a day of jury deliberations in the New York State Supreme Court in Manhattan, resulted from a long-running scheme in which the Trump Organization doled out off-the-books luxury perks, like fancy apartments and luxury cars, to some executives.

While prosecutors stopped short of indicting the former president, they invoked his name throughout the monthlong trial, telling jurors that he personally paid for some of the perks and even approved a crucial aspect of the scheme.

Fallout: The company’s conviction — coupled with the prosecution’s claim that Trump was “explicitly sanctioning tax fraud” — could reverberate through the 2024 presidential race and might lay the groundwork for a wider criminal investigation into Trump’s business practices.

During a funeral ceremony yesterday, China’s top leader, Xi Jinping, heaped praise on the late former president Jiang Zemin, who died on Nov. 30. Xi delivered a 51-minute eulogy for Jiang that was full of accolades while avoiding any hints of differences between the two leaders.

The event was attended by thousands of officials, soldiers and dignitaries, who sat in the audience, wearing masks — a visual reminder of the coronavirus pandemic controls that have prompted protests across China.

Background: Jiang was at times a hard-line leader, especially when he cracked down in 1999 on the Falun Gong, a spiritual movement that the Chinese Communist Party saw as a threat to its power. But many in China remember him more for implementing market reforms, securing China’s entry into the World Trade Organization and tolerating more open debate than is possible now.

Analysis: The mourning implicitly signified the end of an era when Jiang and other party elders remained powerful back-room players. After Jiang relinquished his last major post in 2004, his protégés perpetuated his influence on politics. But his influence waned over the past decade, as did that of his successor, Hu Jintao. At a party congress in October, Xi swept aside Hu’s remaining protégés and installed loyalists as top leaders.

Protests: The government has begun easing some of the pandemic measures that fanned public anger, even as coronavirus infections keep rising. Beijing said yesterday that it would no longer require residents to show negative Covid test results to enter supermarkets, shopping centers, the city’s main airport and other public places.

Indonesia’s Parliament cleared a sweeping overhaul of the country’s criminal code, which outlaws sex outside of marriage and defamation of the president and sharply expands laws against blasphemy in the world’s largest Muslim-majority country.

Opponents said the rules, which were approved unanimously by Parliament yesterday, posed significant risks to religious minorities by tacitly targeting critics of Islam.

The criminalization of extramarital sex also targets the L.G.B.T. community, as gay marriage is illegal in Indonesia. The new laws could also curtail freedom of expression and assembly.

Context: After the fall of the dictator Suharto in 1998, Indonesia had prided itself on becoming a thriving democracy. But more recently, conservative Islam has gained ground in the country, and now some fear its influence is growing, even as its adherents remain a minority in Parliament.

Background: In 2019, the government tried to pass a similar law, but President Joko Widodo shelved it after tens of thousands of young people protested. This time, activists said they were blindsided when lawmakers suddenly announced on Nov. 30 that they were handing a draft to Parliament to ratify.

A new study found that curse words in several unrelated languages sound alike: They’re less likely than other words to include the consonant sounds L, R, W or Y. And more family-friendly versions of curses often have these sounds added, just like the R in “shirt” or “fork.” The finding suggests that some underlying rules may link the world’s languages.

Holiday music has long been a big business. Back in 2018, Billboard estimated it to be worth $177 million a year in the U.S. alone. But streaming has supercharged it.

In the week leading up to Christmas last year, holiday songs accounted for 10 percent of all music streams in the U.S. And on Christmas Eve, Amazon’s Alexa smart speakers received 35 million voice requests around the world for seasonal music.

This week, streaming helped send Mariah Carey’s 28-year-old “All I Want for Christmas Is You” to No. 2 on Billboard’s Hot 100 singles chart, topped only by Taylor Swift’s latest, “Anti-Hero.” “Getting on key algorithmic stations is really everything,” said Andrew Woloz of the music company Concord. Carey’s smash has appeared on TikTok 12 million times and racked up more than 1.2 billion streams on Spotify.

In an interview with my colleague Ben Sisario, David Foster, a golden-touch producer who has worked on hit Christmas albums, relayed three rules of the Christmas music game.

No. 1: The public prefers the old classics and isn’t too interested in new songs.

No. 2: Singers shouldn’t wander too far from the melody.

No. 3: “You can’t be too corny at Christmas. You totally get a free pass.”