Your First Look at HBO’s Captivating New Series The Staircase 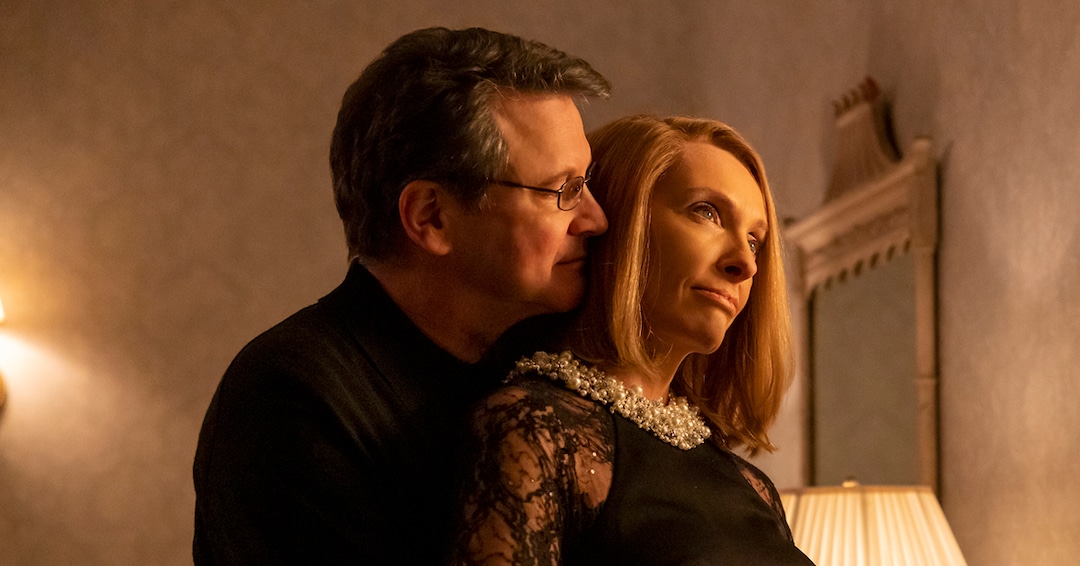 Your next true crime addiction is here.

The Staircase, which is inspired by the real-life story of acclaimed author Michael Peterson and the suspicious death of his wife Kathleen, promises a chilling dramatization of events in a new trailer released April 21.

In the trailer, when Peterson, played by Colin Firth, is accused of murdering Kathleen, played by Toni Collette, he calls it “a witch hunt” as his family and North Carolina hometown attempt to make sense of what actually happened. Kathleen was found at the bottom of the staircase in the family’s home in 2001.

Firth’s Peterson does all he can to keep his five children on his side.

“I think there are not many families like us,” he says in the trailer. “We’re not perfect, but we stick together. And we love each other.”

Sophie Turner, who plays Peterson’s daughter Margaret, urges the family to stand by their father. “Dad has been there for us always,” she says. “Stop questioning everything. Just stop.”

The series also analyzes the death of Elizabeth Ratliff, Peterson’s first wife who was also found dead at the bottom of a staircase in 1985. Peterson was never formally charged in her death.