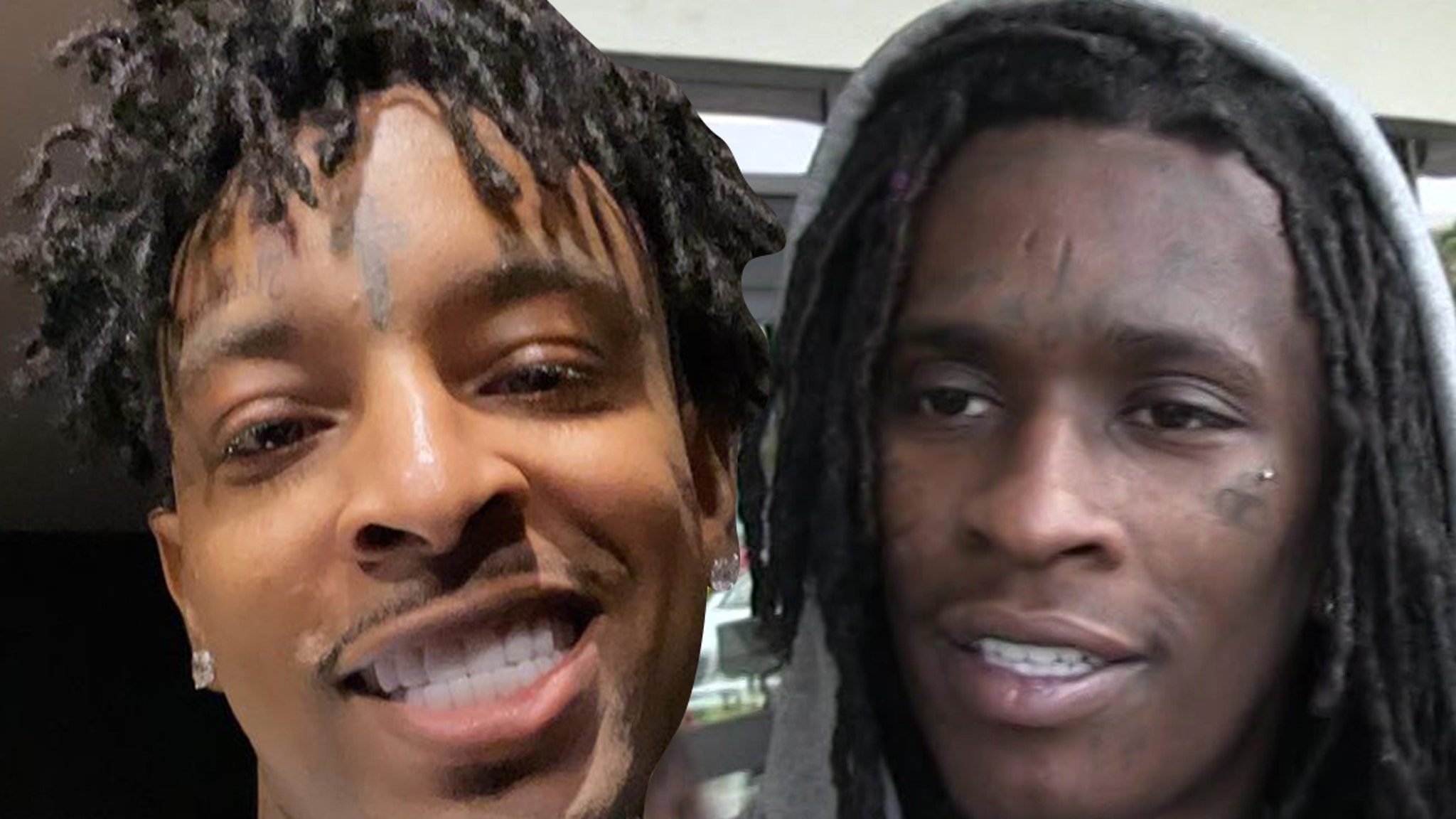 Young Thug is about that big spender lifestyle — especially when it comes to his pal 21 Savage … who just hit 29, and YT went all out for his very pricey gift … some very expensive wheels.

21’s birthday was on Friday, and he celebrated with a major Freaknik-themed bash in the ATL. You might’ve seen the awesome fire red pickup truck Thug gifted to his homey — but what you didn’t know, until now, is the whip cost $150k!!!

The price gets up there quick when it’s a completely customized ride. 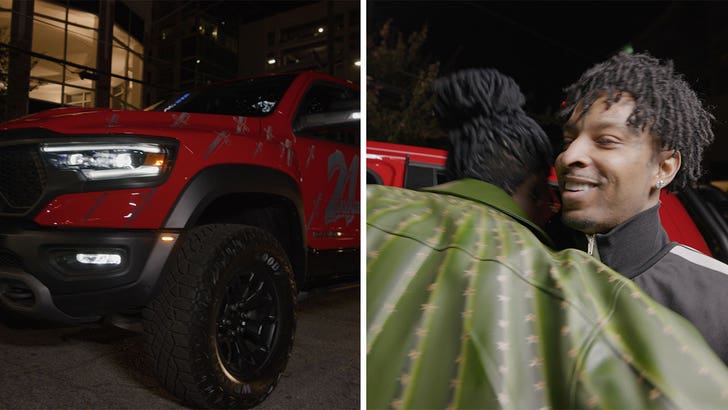 Roadshow International — a luxury car dealership in Atlanta — tells TMZ … the truck itself is a Dodge Hellcat TRX, new models of which can range anywhere from $60k to $72k right off the lot. But, watch this video showing all the truck’s features and you’ll see why Thug paid way more than that.

The truck is plastered with dagger logos … which lines up with Sav’s signature face tat, which is an ode to his younger brother who was slain years ago. It also has a “21” emblazoned across the door.

Not just that, but the interior bears 21 Savage’s face too … a rendering of himself is stitched right into the upholstery of some of the seats — so there’s no question whose ride this is.

Herm, who owns Roadshow Int’l, says he had 3 days to work on the truck, and sure enough … he got it done in time for the big birthday party. Talk about a good friend, huh?