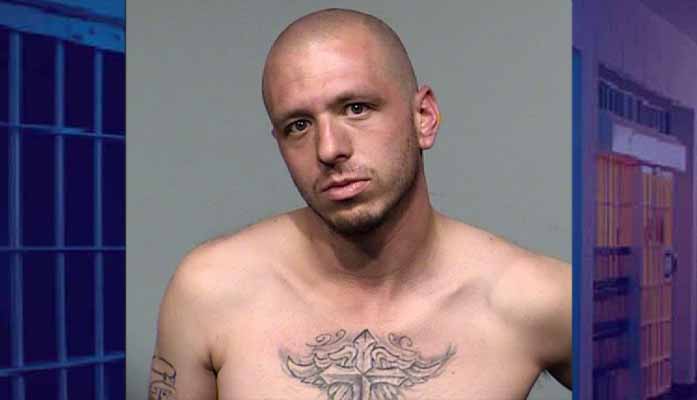 A Yavapai County man is in custody after a dispute over where his child would go to school.

According to the Yavapai County Sheriff’s Office (YCSO) , on Friday June 3rd, deputies responded to a call for assistance from a woman who said her ex-husband had threatened her with a gun. During an argument over the best school for their child, the suspect, 27-year-old Kyle Bomgardner, threatened his ex-wife by putting his pistol under her chin and threatening to kill her.

When deputies arrived at the residence in the Village of Oak Creek, a witness reported that he saw Bomgardner holding the pistol in his hand, and that he had audio recording of the incident where Bomgardner threatens that if they called law enforcement, he could kill them both before officers arrived. The recording also included Bomgardner talking about killing cops one by one as they arrived saying, “boom there goes another one.”

Bomgardner was no longer at the residence when deputies arrived, having left with the 5-year-old son. YCSO issued an alert with the details of the threats to all surrounding law enforcement agencies to be on the look-out for Bomgardner in a Red 2016 Hyundai Accent.

The Sedona Police Department reported that Bomgardner had also threatened to harm their officers during a Feb 2022 arrest.

YCSO deputies were able to locate Bomgardner at a home in the Village of Oak Creek within an hour. When they arrived, Bomgardner closed and dead-bolted the door with child inside. After deputies tried to force open the door, Bomgardner opened it himself, and was handcuffed and taken into custody.

Bomgardner appeared highly intoxicated and was found with a loaded bullet magazine in his jeans. Deputies obtained a search warrant and recovered a loaded handgun, holster, and more ammunition, as well as meth pipes and other drug paraphernalia. The child was unharmed.

Bomgardner was booked into Yavapai County Jail on numerous charges included assault with a deadly weapon, endangerment, threatening and intimidating, and child abuse for having drugs and loaded weapons around the son.