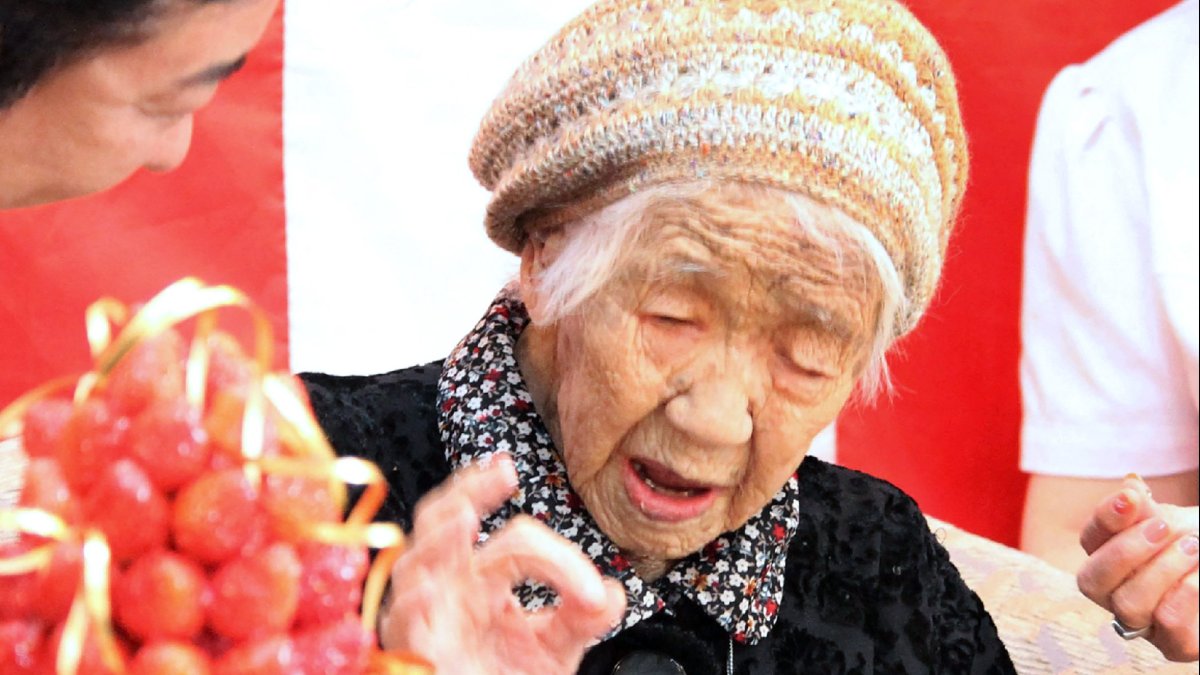 A Japanese woman recognized as the world’s oldest person, Kane Tanaka, has died at age 119, just months short of her goal of reaching 120.

Born on Jan. 2, 1903, Tanaka loved playing the board game Othello and had a penchant for chocolate and fizzy drinks. She was certified by Guinness World Records as the oldest living person in 2019 when she was 116. On media occasions, she said she was still enjoying life and hoped to live until 120.

Tanaka died of old age on April 19 at a hospital in Fukuoka, her hometown in southern Japan where she spent all her life, city officials said Tuesday. Tanaka, who had lived at a nursing home, was in and out of hospital only recently, they said.

Fukuoka Gov. Seitaro Hattori said in a statement he was shocked and saddened by her loss as he was looking forward to marking the Respect for the Aged Day later this year in person over chocolate and fizzy drinks, as he had to miss the occasion last year due to the pandemic.

“I could only see her in a picture showing her with the bouquet and making a ‘peace’ sign (with her fingers), but that cheered me up,” Hattori said. “She gave the people hope for healthy long life.”

With her death, the world’s oldest human is now Lucile Randon, a French nun known as Sister Andre, aged 118, according to The Gerontology Research Group. Guinness reported in the fall of 2021 she was also the oldest survivor of COVID-19.

In Japan, the new record-holder is a 115-year-old woman Fusa Tatsumi, of Osaka, the Japanese health ministry said.

Japan, whose population is rapidly aging and declining, had 86,510 centenarians, 90% of them women, according to the latest ministry figures.