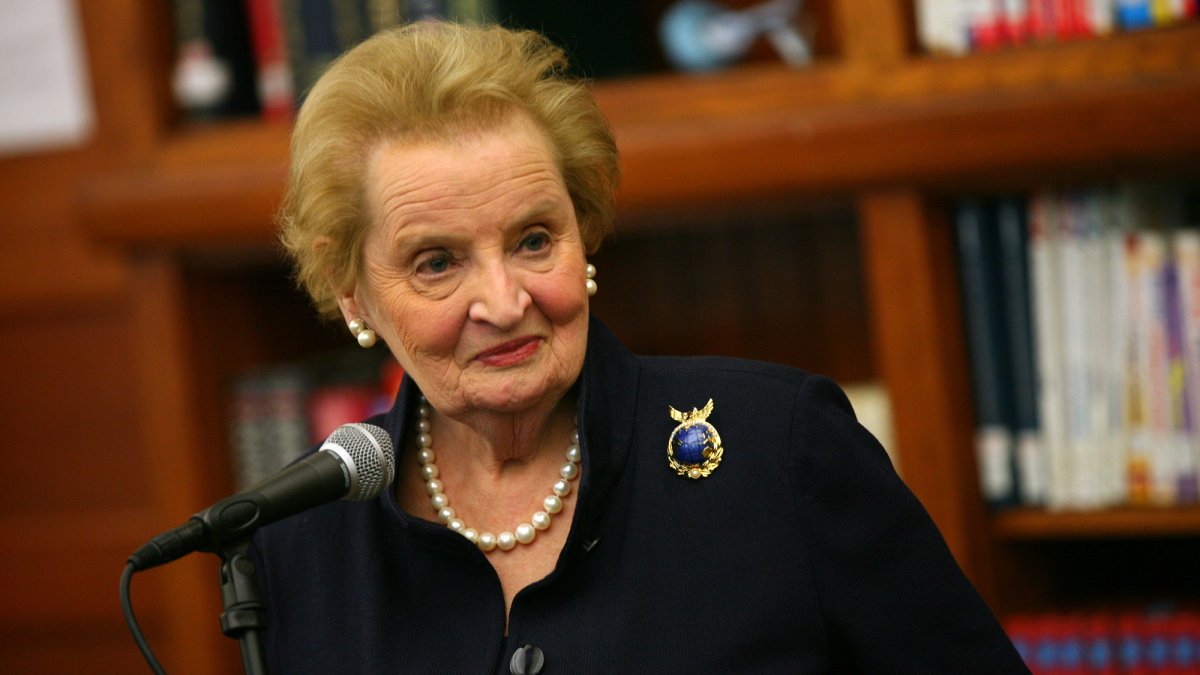 World leaders and a bevy of U.S. political and foreign policy elite are preparing to pay their respects to the late Madeleine Albright, the child refugee from war-torn Europe who rose to become America’s first female secretary of state.

Led by President Joe Biden and predecessors Barack Obama and Bill Clinton, the man who picked Albright to be his top diplomat and the highest-ranking woman ever in the U.S. government at that time, some 1,400 mourners will gather Wednesday to celebrate her life and accomplishments at Washington National Cathedral.

Albright, 84, died of cancer last month, prompting an outpouring of condolences from around the world that also hailed her support for democracy and human rights. In addition to the current and former presidents, the service will be attended by at least three of her successors as secretary of state along with other current and former Cabinet members, foreign diplomats, lawmakers and an array of others who knew her.

Biden, Clinton and former Secretary of State Hillary Clinton are all scheduled to deliver tributes at the service, while the current secretary of state, Antony Blinken, and former secretaries Condoleezza Rice and John Kerry are slated to attend. Other top current officials expected to be present include Defense Secretary Lloyd Austin, CIA Director Bill Burns and White House national security adviser Jake Sullivan.

Foreign dignitaries slated to attend include the presidents of Georgia and Kosovo and senior officials from Colombia, Bosnia and the Czech Republic.

Madeleine Albright, the first female U.S. secretary of state, has died at age 84.

Albright was born in what was then Czechoslovakia but her family fled twice, first from the Nazis and then from Soviet rule. They ended up in the United States, where she studied at Wellesley College and rose through the ranks of Democratic Party foreign policy circles to become ambassador to the United Nations. Clinton selected her as secretary of state in 1996 for his second term.

Although never in line for the presidency because of her foreign birth, Albright was near-universally admired for breaking a glass ceiling, even by her political detractors.

As a Czech refugee who saw the horrors of both Nazi Germany and the Iron Curtain, she was not a dove. She played a leading role in pressing for the Clinton administration to get involved militarily in the conflict in Kosovo. “My mindset is Munich,” she said frequently, referring to the German city where the Western allies abandoned her homeland to the Nazis.

As secretary of state, Albright played a key role in persuading Clinton to go to war against the Yugoslav leader Slobodan Milosevic over his treatment of Kosovar Albanians in 1999. As U.N. ambassador, she advocated a tough U.S. foreign policy, particularly in the case of Milosevic’s treatment of Bosnia. NATO’s intervention in Kosovo was eventually dubbed “Madeleine’s War.”

She also took a hard line on Cuba, famously saying at the United Nations that the 1996 Cuban shootdown of a civilian plane was not “cojones” but rather “cowardice.”

In 2012, Obama awarded Albright the Presidential Medal of Freedom, the nation’s highest civilian honor, saying her life was an inspiration to all Americans.

Born Marie Jana Korbel in Prague on May 15, 1937, she was the daughter of a diplomat, Joseph Korbel. The family was Jewish and converted to Roman Catholicism when she was 5. Three of her Jewish grandparents died in concentration camps.

Albright was an internationalist whose point of view was shaped in part by her background. Her family fled Czechoslovakia in 1939 as the Nazis took over their country, and she spent the war years in London.

After the war, as the Soviet Union took over vast chunks of Eastern Europe, her father brought the family to the United States. They settled in Denver, where her father taught at the University of Denver. One of Korbel’s best students was Rice, who would later succeed his daughter as secretary of state.

Albright graduated from Wellesley College in 1959. She worked as a journalist and later studied international relations at Columbia University, where she earned a master’s degree in 1968 and a Ph.D. in 1976. She then entered politics and what was at the time the male-dominated world of foreign policy professionals.