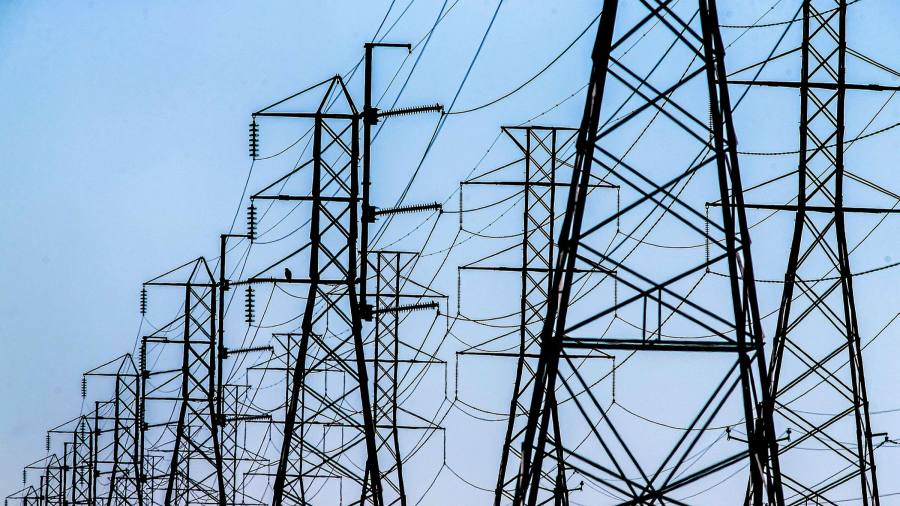 Griddy Energy, the Texas retail electricity provider thrust into the spotlight during last month’s winter storm after some of its customers racked up thousands of dollars in electricity bills, has filed for bankruptcy protection.

The filing is the latest sign of the financial fallout in the state’s power market following the devastating storm, which plunged millions of Texans into the dark amid bitterly cold temperatures.

Griddy lashed out at Texas’ grid manager, the Electric Reliability Council of Texas, saying that a decision to keep prices fixed at maximum prices of $9,000 a megawatt hour throughout the crisis, many times higher than typical prices, led to its downfall.

“The actions of Ercot destroyed our business and caused financial harm to our customers,” said Griddy chief executive Michael Fallquist.

Griddy listed assets up to $10m and liabilities between $10m and $50m, and listed Ercot as its largest unsecured creditor, in a Chapter 11 petition filed Monday.

Ercot, which acts as a clearing house and overseer of the market, banned Griddy from the Texas market in late February and moved its customers to other providers after the company failed to pay nearly $25m in power purchases.

I remain concerned about the possibility of cascading bankruptcies. Correcting the prices is the right thing to do.

Most Texans pay for their electricity through fixed-rate utility plans that shield customers from volatility in wholesale markets.

But Griddy pioneered a novel business model that charged customers $10 a month and passed wholesale prices directly to households, a plan that was made possible by Texas’ uniquely deregulated market.

When prices surged during the winter storm, those households suddenly saw their power bills skyrocket. The Financial Times spoke to Griddy customers who racked up electricity bills of $8,000 to $10,000 in just a couple days at the peak of the storm, more than they would pay in a typical year.

Texas attorney-general Ken Paxton has sued Griddy, alleging the company misled its customers, and legislation has been introduced in the state that would ban the sort of wholesale-linked contracts that the company specialised in.

Ercot’s decision to hold prices at maximum levels throughout the crisis has become a flashpoint. More than $3bn in power purchased during the winter storm has not been paid for, according to the latest data from Ercot.

Ercot’s independent market monitor said that the regulators erred in holding prices at that level, and reducing them from the time enforced blackouts were lifted would reverse more than $3bn in charges and ease financial stress in the system.

Analysts say more than 20 retail suppliers could follow Griddy into bankruptcy. Many in the sector are warning that ruinous bills incurred during the storm could see swaths of the competitive retail market wiped out and consolidated around fewer companies.

The Coalition of Competitive Retail Electric Providers, a group representing retail providers, warned in a filing with the Public Utility Commission last week of “irreparable harm to the competitive retail market” unless steps were taken to roll back prices.

That has prompted calls from Texas state officials for the Public Utility Commission of Texas (PUCT) and Ercot to roll back some of the surge pricing put in place during the storm.

Two of the PUCT’s three commissioners have resigned under intense scrutiny in the wake of the storm. Arthur D’Andrea, its lone remaining commissioner, has resisted public pressure to retroactively lower prices, arguing it is beyond his powers and would simply cause more chaos in the market. “It’s just nearly impossible to unscramble this sort of egg,” said D’Andrea.

But Texas governor Greg Abbott has urged regulators to roll back the prices, and the state’s Senate could take up potential legislation that would force the PUCT to roll back prices.

“I remain concerned about the possibility of cascading bankruptcies,” Carrie Bivens, a vice-president of Potomac Economic, the independent market monitor that recommend the price corrections, told a Texas Senate panel last week. “Correcting the prices is the right thing to do.”