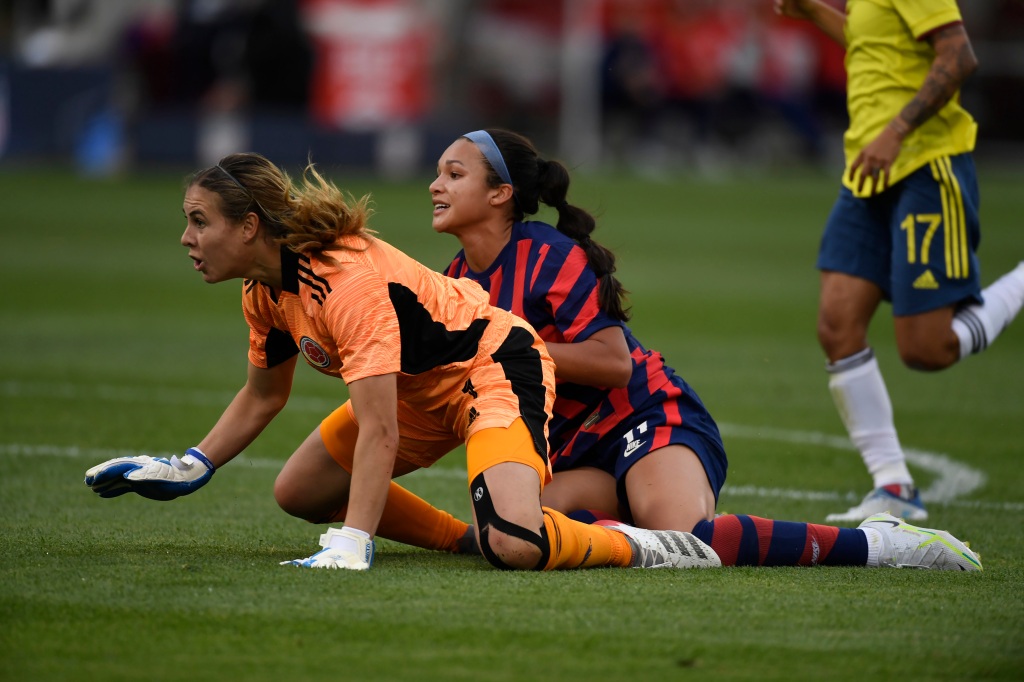 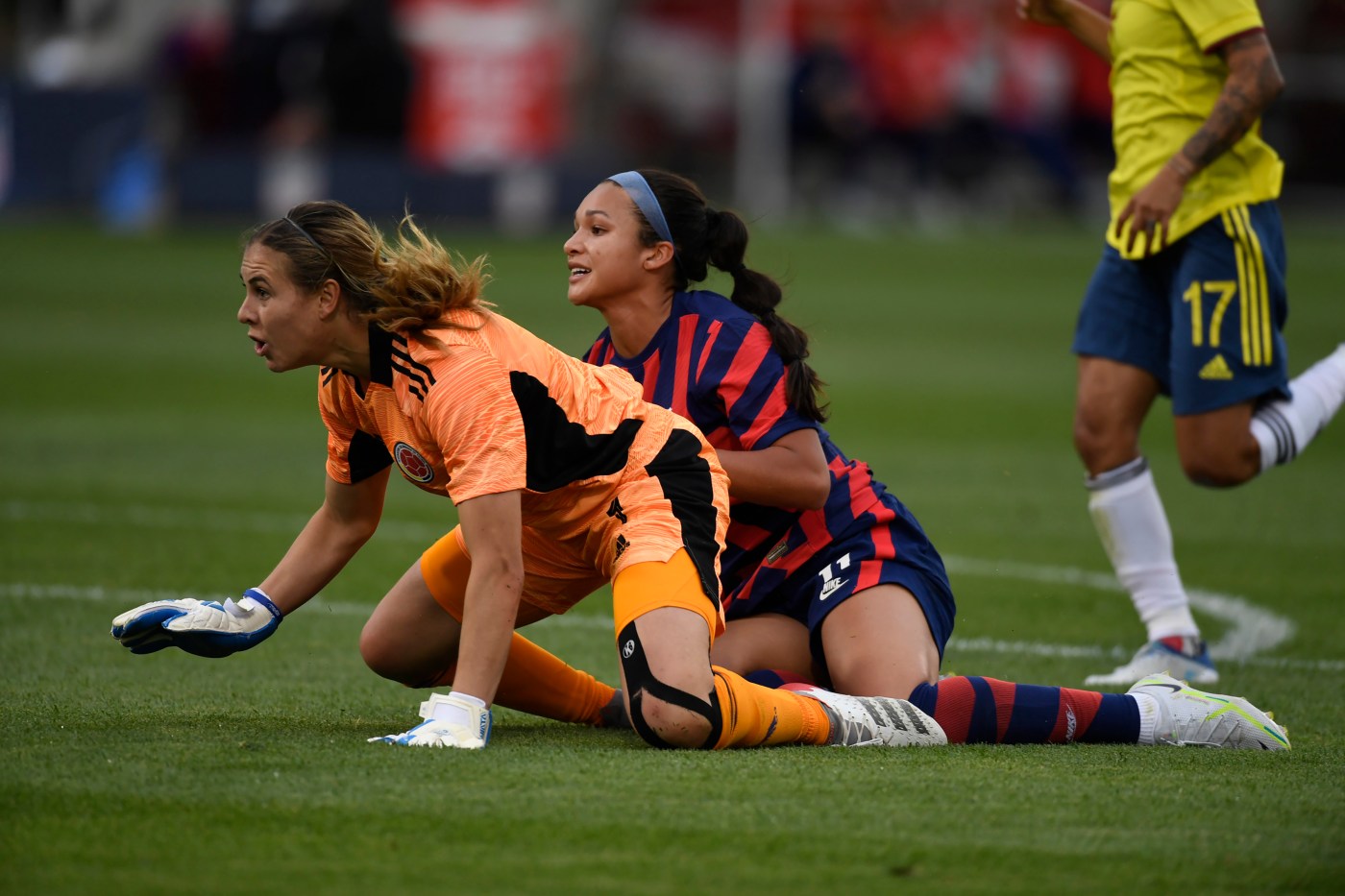 COMMERCE CITY — All of the build-up around the return of international soccer to Colorado delivered. So, too, did Windsor’s own Sophia Smith.

Two days after the 50th anniversary of Title IX, the United States Women’s National Team drew 17,143 to Dick Sporting Goods Park in Commerce City. And the U.S. stars gave the sellout crowd plenty to cheer about in a 3-0 victory over Colombia ahead of 2023 Women’s World Cup qualifiers in July.

Smith scored two goals in the span of six minutes in the second half to send DSGP into a frenzy, with Rose Lavelle assisting on both tallies.

After a disappointing first half, the U.S. showed it is still the No. 1 team in the world, while also moving to 7-1 in matches at DSGP.

“I think we were just trying to find our feet in the first half, trying to connect passes better and build chemistry and get a rhythm going,” Smith said following the game. “Going into the second half, that’s what we knew we had to do, to be patient and not panic and trust that the goals would come.”

In the 54th minute, Lavelle played Smith in and the Windsor native fired past on-rushing goalkeeper Catalina Perez to make it 1-0. On the stroke of the hour mark, Lavelle won the ball back in mid-field and served in a line-drive ball which Smith took two touches on fired into the bottom left corner to make it 2-0.

The second tally was Smith’s fifth goal for the USWNT, tying fellow Coloradan Mallory Pugh for the most in 2022. She also became only the second-ever Colorado native to score at a senior USWNT game in-state, also joining Pugh, who scored twice in 2019.

“It just means everything to me,” said Kornieck, who stands at 6-foot-1, and is the tallest player on the USWNT roster. “It’s been my dream ever since I was a little girl and scoring obviously wasn’t part of the plan, but it was a good perk.”

Fans started filing in to DSGP as soon as the gates opened up at 4 p.m. From there it was a steady stream arriving early and fired up to see the USWNT in Colorado for the first time since April 2019.

Outside DSGP, the American Outlaws’ supporters group held a tailgate in Lot F in Rapids-esque fashion.

By the time the pre-match warm-ups finished and the walk-out was announced, Dick’s Sporting Goods Park was mostly full. During the starting lineup announcement, all three Coloradans were introduced in succession, drawing the loudest roars of the night. After Smith’s name was the last to be called, it was a cauldron of noise.

The U.S. created plenty of chances in the first half but came away scoreless. The opener nearly came in the 12th minute as Smith crossed in a dangerous ball for Pugh, but her one-time shot went narrowly wide. Other chances for the USWNT included a shot from Lavelle which was saved by Colombian Perez.

The best of the first half came as Smith was taken down inside the box. Lindsey Horan stepped up to the penalty spot, but Perez guessed the right way and saved Horan’s shot, while the follow-up went wide. In the second half, Lavelle also had a penalty kick saved by Perez.

Head coach Vlatko Andonovski ended his press conference by thanking the supporters who came out on Saturday and called the atmosphere “incredible.”

The U.S. will play Colombia for a second time on Wednesday night in Salt Lake City before heading off to Mexico for the CONCACAF W Championship, held from July 4-18. The USWNT will include three Coloradans, Horan, Pugh and Smith, on the roster.