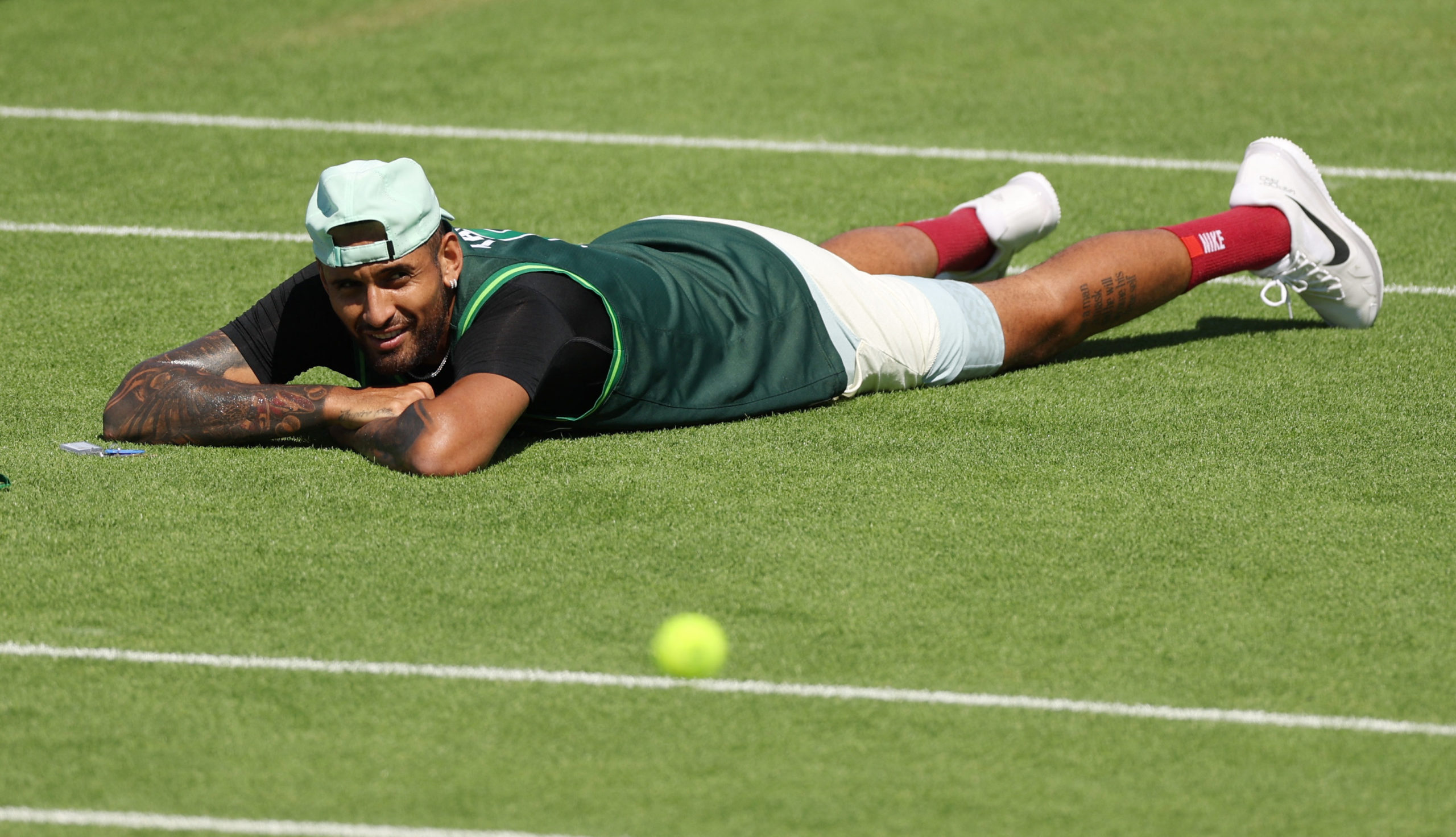 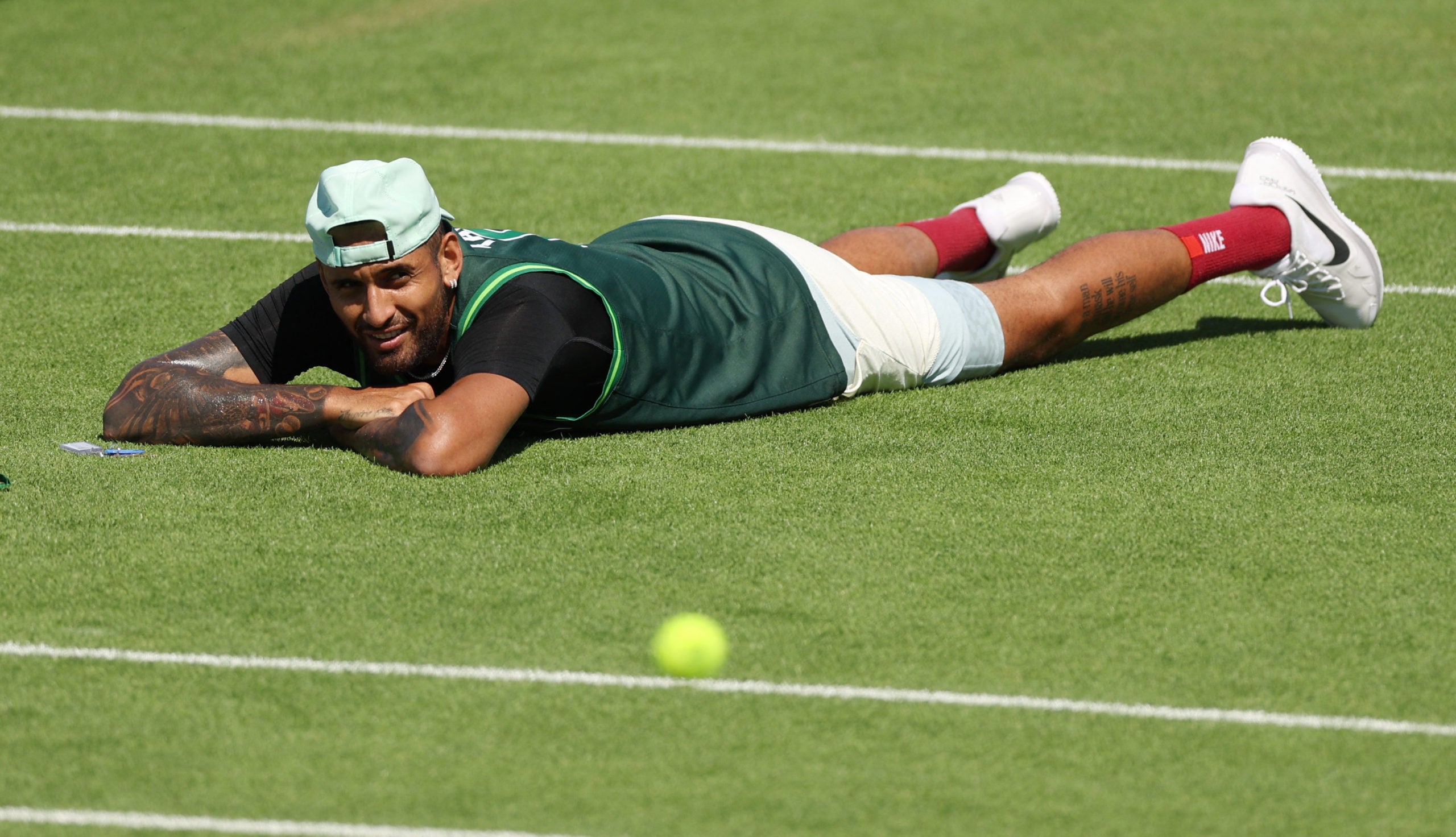 LONDON – Nick Kyrgios has brazenly declared in the past that he hates tennis at times but on Thursday night, after his spot in the Wimbledon final was confirmed, the Australian was so restless that he was unable to sleep more than an hour.

Kyrgios was at dinner when he found out his scheduled semifinal showdown on Friday against Rafa Nadal had been canceled with Spain’s 22-time Grand Slam champion forced to pull out due to a tear in his abdomen muscle.

That paved the way for Kyrgios to reach his maiden Grand Slam final where he will meet either six-time Wimbledon champion and top seed Novak Djokovic or Britain’s Cameron Norrie.

“It’s not the way I wanted to get to the final,” Kyrgios said on Friday. “As a competitor, I really did want that match. We’ve both taken a win against each other at this tournament. I really did want to see how the third chapter was going to go.

“Obviously you never want to see someone like that, so important to the sport, go down with an injury like that. He’s just played so much tennis. He’s had a grueling season. I just hope he recovers. I’m sure I’ll play him again on a big stage.”

A former top-ranked junior, Kyrgios’ talent was never in question but the 27-year-old said that he felt his “ship had sailed” when it came to having deep runs at Grand Slams.

Kyrgios added that he will use the extra day off before Sunday’s final to get in an extended practice session and also catch up on some sleep.

“I probably got an hour’s sleep just with everything, like the excitement,” he said, with a big smile on his face. “I had so much anxiety, I was already feeling so nervous, and I don’t feel nervous usually. But I had a shocking sleep last night.

“I feel like I’m just a reckless ball of energy right now. I just want to go out on the practice court now and hit some tennis balls and just talk. I don’t know. I want it to come already. Yeah, I want the final to come already.”

A Kyrgios match in the past would always be a box office affair — full of entertaining trick shots, run-ins with match officials and often also with opponents.

Kyrgios said he was now more mature and on Friday credited his Australian Open doubles triumph with friend Thanasi Kokkinakis for changing his outlook towards majors.

“There’s definitely times where I hate this sport, but there are times where I think I’m one of the most competitive people I’ve ever met,” he said.

“So I feel like, yeah, I love tennis, but I just love competing. I just love going up against someone, and I love just the winning and losing aspect of sport in general. So I don’t know if that will ever change.

“The one thing for sure, whether I win or lose on Sunday, I’m going to be happy. It’s such a great achievement that I thought I’d never be a part of.

“Especially at 27, I feel this is, like, for me, I thought it was the later stages of my career. But I just never thought it would be right here.