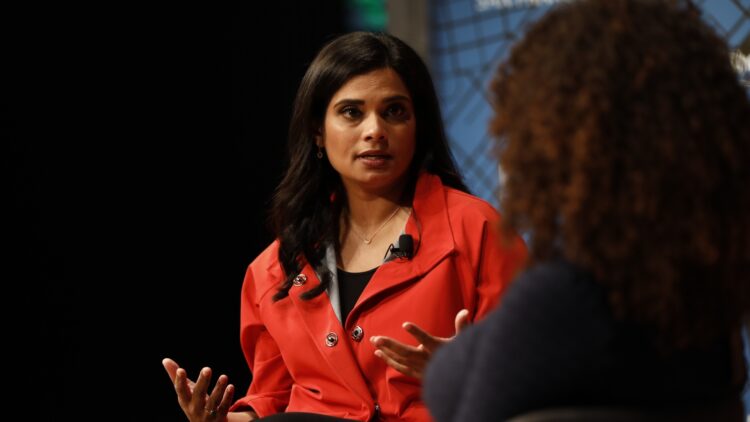 Will Elon Musk keep the top person at Twitter who censored and banned conservatives on the Big Tech giant once he takes over?

Vijaya Gadde is responsible for the censorship and banning policies at Twitter.  She is famous for this and apparently took great pride in it.  In her role she allows the Ayatollah of Iran to promote hate speech on the platform but she took down the account of the leader of the free world, President Donald Trump.

Ms. Gadde through her actions has little regard for the first amendment in the US Constitution which protects free speech.  The far-left Democrat Party and communists around the world praise her work.  She took down Trump – the biggest and best Twitter user in history – because she and her top management colleagues just didn’t like him.  She didn’t hide it.

“I’ve never met a national politician in the U.S. who is so ill informed, evasive, puerile and deceptive as Trump.” https://t.co/Wv1tXKGWAF

TRENDING: “I’ve Been a Victim of All of This” — Chris Wallace Says He’s Unsure of What the Future Holds After His CNN+ Gig Is Junked

Vijaya tweeted openly about President Trump who beat the corrupt Clinton and Obama machines and made America prosperous and the world safe again.  But she didn’t like him and those who supported him.

Writing for the Jeff Bezos-owned Washington Post in 2015, Gadde argued that certain users were trying to “silence discourse in the name of free expression.”

“I’m often inspired by the vigorous debates on controversial issues that occur on Twitter, but I’ve also been seriously troubled by the plight of some of our users who are completely overwhelmed by those who are trying to silence healthy discourse in the name of free expression,” she wrote.

As Breitbart News previously profiled, Gadde has a history of donating to Democrats and even publicly defended Yoel Roth, a Twitter official responsible for fact-checking policy, when he called members of the Trump administration “Nazis.”

“No one person at Twitter is responsible for our policies or enforcement actions,” she said. “We are a team with different points of view and we stand behind our people and our decisions to protect the health of the public conversation on our platform.”

Shortly after billionaire Elon Musk bought the powerful social media platform, top Twitter lawyer Vijaya Gadde called a virtual meeting with the policy and legal teams she oversees to discuss what the new ownership could mean for them.

Gadde cried during the meeting as she expressed concerns about how the company could change, according to three people familiar with the meeting. She acknowledged that there are significant uncertainties about what the company will look like under Musk’s leadership.

Twitter spokesperson Trenton Kennedy said Gadde became emotional when discussing her team’s impact and the pride she feels in them.

Under Gadde’s tenure, Twitter got further and further left, eventually banning the President of the United States.  When confronted on Twitter’s rules that go against US free speech law three years ago, Gadde ignored the fact that Twitter was a US company and instead claimed its users were global.   This appeared to be the justification for banning conservatives on the site.

When others shared documents from Hunter’s laptop they were banned claiming this was basically Hunter’s material and therefore the person sharing the material needed to obtain his approval before sharing, totally discounting the fact that Hunter lost that ownership when he signed a contract with a PC repairman.