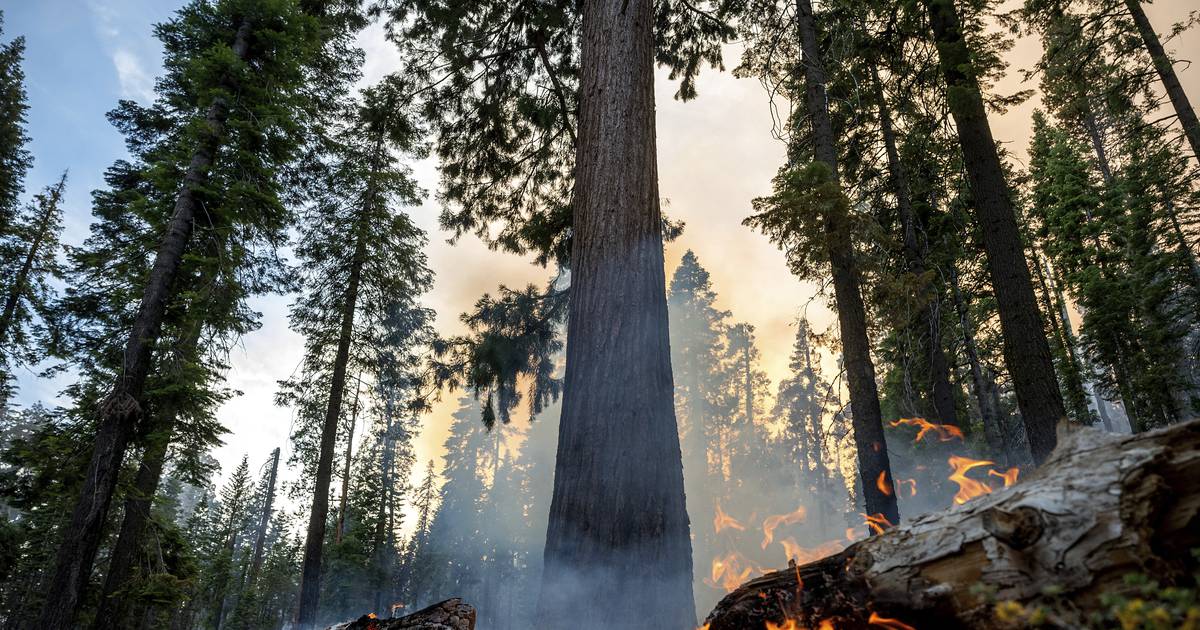 The Mariposa Grove of Giant Sequoias in Yellowstone National Park is under threat from a wildfire that is edging closer and closer to the 500 trees, some of which are thousands of years old.

They in fact were the inspiration for the entire national park system, according to its description on the National Park Service Yosemite website.

The grove is under threat from the Washburn Fire, which started near the Washburn Trail and has since grown to about 2,000 acres since first being reported on Thursday, according to federal incident reporting site Inciweb. Mariposa is the largest grove of giant sequoias in Yosemite National Park and includes the Grizzly Giant, which is 3,000 years old.

The Washburn fire more than doubled in size in a day, and firefighters were working in difficult terrain Sunday to protect the ancient trees and a small mountain town in yet another active fire season for the U.S.

Yosemite remained open aside from the campers and residents near the fire who were evacuated, The Associated Press reported. Heavy smoke obscured scenic views, though, and air quality alerts were issued as far away as the Bay Area of California.

“Today it’s actually the smokiest that we’ve seen,” Yosemite fire information spokesperson Nancy Phillipe told AP on Sunday. “Up until this morning, the park has not been in that unhealthy category, but that is where we are now.”

Firefighters were immediately dispatched in a “full initial attack response” when the report came in on Thursday, according to Inciweb, and firefighters were continuing to pour in on Sunday and beyond to battle the blaze. A total of 360 personnel were assigned, Inciweb said. The fire as of Sunday evening was 0% contained and had grown during the day from 1,591 acres that morning to 2,044 acres, or about 3.2 square miles.

Officials said the fire was burning in difficult terrain and fueled by the availability of “continuous heavy fuels” left from dead standing and fallen trees from “significant tree mortality” during 2013-2015, conditions that also could endanger firefighters.

Fire scars left by previous blazes a few miles from the Washburn fire are proving helpful in slowing the fire’s growth, Inciweb said.

“The Park Service and Firefighters are proactively protecting the Mariposa Grove of giant sequoias” by removing underbrush that could bring the flames to the trees, and drenching their trunks via a sprinkler system, Inciweb said. “Fortunately, the Mariposa Grove has a long history of prescribed burning, and studies have shown that these efforts reduce the impacts of high-severity unwanted fire.”