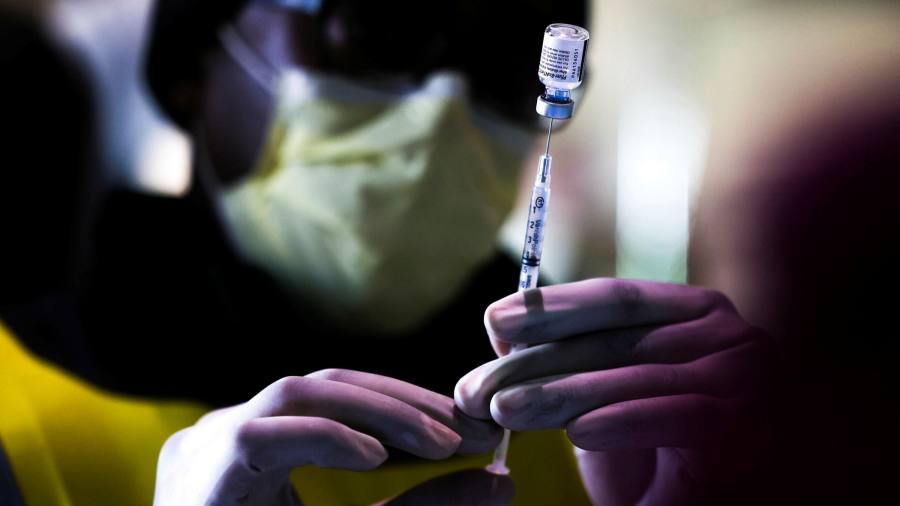 This time last year the race to develop Covid-19 vaccines was being run at full pelt, the contenders urged on by fearful citizens and desperate governments. Now it is over: Pfizer won.

Not only was the BioNTech/Pfizer vaccine the first to be deployed but it has suffered less from rare side effects and manufacturing glitches than its big western rivals Oxford/AstraZeneca, Janssen or Moderna.

Those three at least delivered successful vaccines at scale. The world’s biggest vaccine makers GlaxoSmithKline, Merck and Sanofi have all failed to deliver Covid jabs at all.

Meanwhile, plucky upstarts CureVac, Novavax and Valneva, which had once seemed set to make a meaningful contribution, are yet to deliver a vaccine.

The laggards plead for more time. “We’re still in a pandemic, right?” John Trizzino, chief commercial officer at Novavax, reminded a conference recently. “It’s a good vaccine,” he generously said of Pfizer and Moderna’s efforts, “but there’s a need for our vaccine.”

CureVac abandoned its first attempt at a vaccine this week but is pressing ahead with a “second generation” effort designed to provide “long-term protection against current and new variants in one vaccine”.

“Most governments worldwide would appreciate some competition,” said Klaus Edvardsen, chief development officer at CureVac, who is hopeful for his company’s next vaccine, being developed with GSK.

But as others start over, Pfizer is on course to manufacture 3bn doses this year and expects to produce 4bn next year. It has already developed vaccines that target coronavirus variants, such as Delta and Beta, before deciding that its original vaccine provided sufficient protection. “So we’re going to put on the shelves this vaccine, but we made it just in case,” chief executive Albert Bourla nonchalantly told a conference recently.

Yet somehow the garland for this stunning performance has been quite threadbare.

Pfizer’s shares are up only 12 per cent since the start of 2020, a paltry gain compared with those of its partner BioNTech, which have risen more than 500 per cent, or rival Moderna, which are 1,700 per cent higher. It has even underperformed the S&P 500, and by a considerable margin.

“I would never have predicted that they would have 60 per cent market share but it’s unlikely that will be sustainable,” said Geoffrey Porges, analyst at SVB Leerink, who sees the potential for rivals, especially Sanofi, to come from behind.

Steve Chesney at Atlantic Equities does not think rivals are going to steal Pfizer’s crown; but nor does he believe there will be a huge booster market, as public health officials have decided to target additional doses at the old and the sick. “The US has moved to approve boosters,” he noted, “but for a population that falls short of everyone everywhere.”

It is not hard to find upside for Pfizer to these scenarios, however: the rivals fail, as they have until now; the boosters are needed widely, as Pfizer says they will be; another dangerous variant emerges, and Pfizer can take a new vaccine “off the shelf”.

Or it finds a formidable formula for an entirely different virus. Pfizer noted recently that a typical flu vaccine has an efficacy of 40 to 60 per cent, good enough to make a difference but pathetic compared with the 90 per cent-plus efficacy of the best Covid vaccines.

“So we think there’s a significant opportunity here for patients,” said chief financial officer Frank D’Amelio recently, “and obviously for ourselves.”

Petrobras doubles down on hydrocarbons as part of $68bn investment plan