Why more gardeners are using native plants in Mississippi 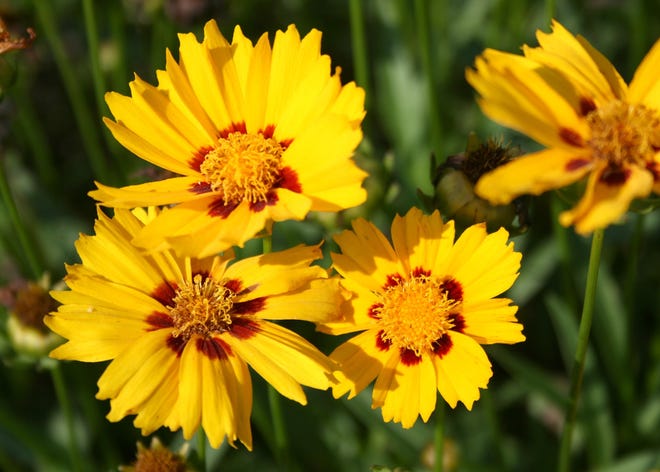 Native plants are the most significant trend in gardening throughout the nation, including Mississippi. With Earth Day coming on Friday, experts and business owners in the state point out why natives are so important.

“Yes, I would say we are having an uptick in our customers buying native plants in our store,” said Joel Edwards, the native species specialist for Hutto’s Garden Center in Jackson. “I think people just like having that look in their backyards. It’s hard for me to compare to other states, but I can say that people are buying more here.”

Native plants are species that occur naturally in an environment. Because these plants thrive without interference, they are incredibly hardy and low maintenance. That also makes the easy-to-care-for plants a good choice for beginning gardeners. They don’t require a lot of care to grow successfully.

“East Coast and West Coast were heavily moving toward native plants and I knew it was just a matter of time for us here in the Mid-South to catch on,” Ballard said. “It wasn’t really hard. You see the trend toward natives, and you just know that is the direction you have to move in. I knew in my heart this was the right thing to do.”

Examples of some species that are native and successful in Mississippi that are being sold right now, according to Edwards, are the Oak Leaf Hydrangea, Mayhaw trees, Grancy Gray Beard trees and Elderberry shrubs.

A way to make a difference in your backyard

Ballard said he wants to make sure new gardeners are successful in the early going.

“Black-Eyed Susan and Cone Flowers are examples of natives that people can have a high rate of success with, and, at the same time, they are benefitting the ecology by using them,” he said. “Especially, with new gardeners, we want to make sure they have success early on so that they will want to continue.”

Summertime drinks:Ready-to-go cocktails are available on retail shelves. Here’s where to find them.

Dudley Phelps, Research and Development associate at Mossy Oak Nativ Nurseries in West Point, says there is no doubt that the average consumer is more conscious of buying native plants.

He said there is even a new buzzword going around called pocket prairies, where people will plant natives around mailboxes and allow them to grow organically.

“People are absolutely buying in. We started out only selling trees,” Phelps said. “We have shifted our focus to native trees, native grasses, and native wildflowers because of the demand. The trend has taken over.

“Our focus has been the private landowner who hunts, and now the hunters are becoming enthused with natives as well. Then you have the person who just wants to do something in their backyard to make a difference. It’s fun to plant a native milkweed. Then, you see the monarch butterflies land on the leaves and lay their eggs. You get to watch that whole process.”

Felder Rushing, a Mississippi horticulturist, columnist and podcaster, recently gave a talk in Meridian on planting native plants in their landscapes. He said he also believes electric equipment impacts the ecosystem and environment.

“The one thing that I am seeing that has actually made a difference is that people are switching over to electric gardening equipment,” Rushing said. “Electric mowers, electric string trimmers, electric hedge trimmers – switching over to electric is a huge thing and has made a big, big difference. Collectively, all of those have made a big impact in what everyday folks are doing to impact the environment.”

Gaddis and McLaurin Feed Store of Bolton, which serves as a general store in Hinds County, is feeling the impact of customers wanting more electric equipment.

Pier A. Roy, store manager, said that he has personally seen the uptick in people buying electric equipment. He sells the Makita line of equipment and said there is no question that more people are buying the products because of the lithium batteries. The technology of the lithium batteries has made it such that you don’t have to carry an extension cord around the yard or deal with gas cans.

Hollidae Morrison, president of The Garden Club of Jackson and Garden Coordinator at the Mississippi Museum of Art, said the importance of planting native plants in Mississippi gardens recently got a boost when Gov. Tate Reeves signed a proclamation designating April 2022 as Mississippi Native Plant Month. The proclamation noted that native plants provide many benefits “to pollinators, to preserving the rich biological heritage and aiding in prevention of floods and erosion….”

“The Garden Club of Jackson sold more than 800 native plants raised by members from seeds and propagation for the “Go Native” plant sale component of its biennial Spring Garden Tour, April 6-7, in Meadowbrook Highlands,” Morrison said. “The GCJ has made a commitment to gardening with native plants wherever possible due to native plants being more pest and disease resistant, requiring less water and needing no fertilizers.”

Pat Drackett at the Crosby Arboretum said native plant sales at its spring sale were more than any other sale in the 15 years she has been at the Arboretum.

Popular plants at the sale were (all of these are native species) fruiting species such as persimmon, blueberry, mayhaw, showy garden species such as oakleaf hydrangea, Grancy Graybeard, parsley hawthorn and honeysuckle azaleas, and the perennials for pollinators such as Coreopsis, black-eyed Susan, and Iris (including Louisiana Iris), trees such as river birch, red maple, sweetbay magnolia, and bald cypress.

On Friday and Saturday, for those looking for natives, there is the Mississippi Museum of Art native plant sale with plants propagated from their award-winning Art Garden.