Why Isn’t Francesca in More of ‘Bridgerton’ Season 2? 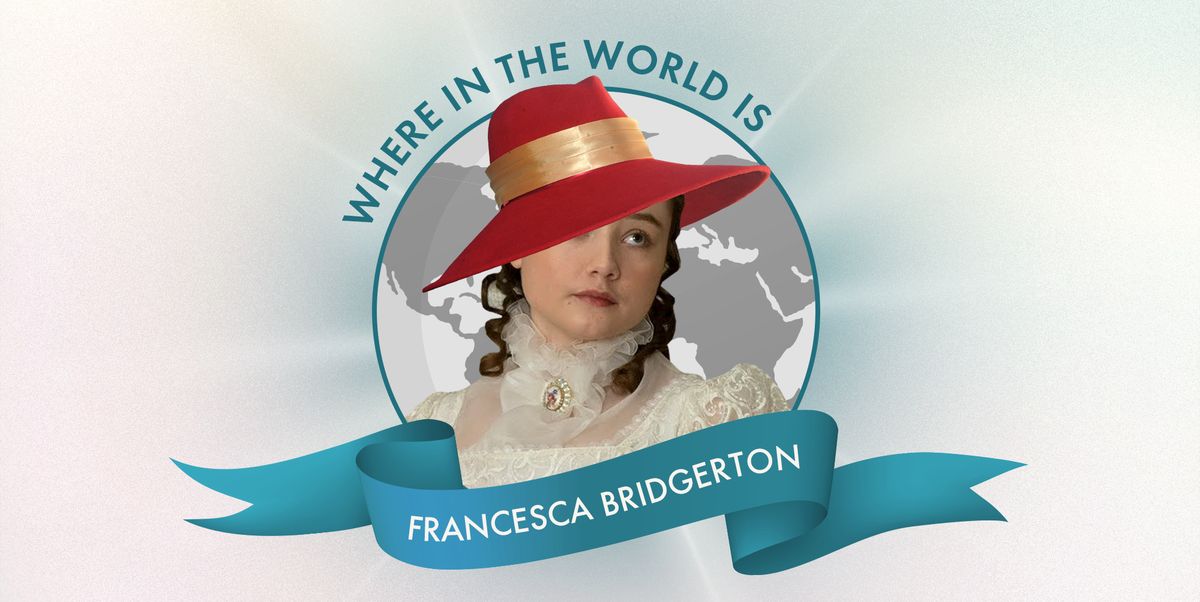 You’d be forgiven for forgetting Francesca Bridgerton exists. There is indeed a fourth Bridgerton sister in the beloved Netflix Regency drama, as well as in the Julia Quinn novels upon which the series is based, though I was not convinced of this fact until mere days ago. This is largely because Francesca, played by Lockwood & Co. actress Ruby Stokes, takes a significant sabbatical in both seasons 1 and 2 of Bridgerton. Given that the series only comments on her truancy in rare moments of throwaway dialogue—if it’s explained at all—it’d be easy to assume she’s a cousin, a 19th-century ghost or, better yet, a figment of your own imagination.

This confusion isn’t aided by the fact that Francesca is either a) absent from or b) invisible in the Bridgerton family photo that circulated among Netflix marketing materials when the show first landed in 2020. (Exhibit A, below.) Some fans only noticed Francesca’s disappearance when recalling that the Bridgerton siblings are famously named in alphabetical order from A-H, starting with Anthony, Benedict, Colin, Daphne, Eloise, and—well, wait. There’s an F in there!

If screen time is any judge of character, the third eldest Bridgerton daughter must be an insufferable bore compared to her sisters, Daphne, Eloise, and Hyacinth. But ask the legions of insatiable Julia Quinn fans, and they’ll tell you the opposite: In fact, numerous readers consider Francesca a personal favorite. It’s true that Francesca is usually deemed the quietest member of the Bridgerton family, but she was nevertheless close with her siblings, even conspiring with Eloise to bribe the family maid for insight into wedding-night sex. Nor does her shyness preclude her from her own love story, When He Was Wicked, in which her husband, John, dies and she falls in love with “London’s most infamous rake.” (Sorry, I thought that was her brother?) Anyway, being an introvert hardly explains why Netflix has failed to give her half as many lines as her 11-year-old sister.

There is, of course, a logical explanation: Stokes is an actress, not a Regency debutante, and she occasionally has scheduling conflicts. Only a few episodes into filming, she was forced to pull out of the series due to her prior obligations with Lockwood & Co. As Bridgerton showrunner Chris Van Dusen put it to TVLine, “I love Francesca, but we lost her midway through season 2. After exhausting all other options, she unfortunately had to come out due to reasons beyond our control. Perhaps season 3 will be the charm.”

Fair enough. I’ve been known to reschedule a meeting here and there myself! Yet it’s reasonable for fans to remain unsatisfied when it comes to Bridgerton’s actual narrative. While Francesca’s absence in season 1 is explained away by a trip to visit “aunt Winnie” in Bath and “practice her pianoforte,” season 2’s Francesca vanishes without a squeak of acknowledgment from her family. She shows up initially to coo over Daphne’s baby, then promptly dissolves into thin air, neglecting to reappear for either(!) of her eldest brother’s weddings. Why is it that Colin gets to spend much of season 2 gabbing about his world travels while Francesca must hide her obvious affection for Jane Austen’s playground?

Diary disputes might explain Stokes’ absence, but they do not explain Francesca’s, and Bridgerton’s failure to address the latter’s disappearance demonstrates a reckless approach to audience mental health. (See Exhibit B, one fan’s aggrieved Reddit post: “As much as I enjoyed this season, I spent much of the final episodes being distracted by my desperate mission to spot this missing Bridgerton to finally reassure myself of my sanity.”) And since Netflix doesn’t seem keen on providing a narrative basis for Francesca’s absence, I was forced to launch my own investigation into what our young Bridgerton might be up to on her holiday away from the ton.

It’s possible, historian and Bridgerton fan Lizzie Rogers tells me, that Francesca is merely a wallflower. Young women who had yet to “come out” into society often remained at home to study “languages, music, dancing, drawing, even things like science and literature,” she says. “That would’ve kept her pretty busy.” One could, ostensibly, be convinced that Francesca was too preoccupied with such affairs to bother with her siblings’ dramas—or to promenade with them in a display of familial support when Anthony is left at the altar.

But Rogers believes Francesca’s absence is best explained by a trip abroad, even a spur-of-the-moment one that goes unaddressed by her family. During the Napoleonic Wars from 1803 to 1815, international travel had “dried up,” but by the time Bridgerton season 2 is set, such excursions had once again become commonplace. Wealthy men were more likely than women to travel to continental Europe, but women would occasionally accompany them or other family members, Rogers explains. The most common destinations included France and Italy, where the languages, museums and fashions would be considered valuable to an elite young woman’s education. In other words, Frannie is almost certainly a Francophile.

Based in Savannah, Georgia, Rogers earned a PhD in history in 2020 and runs the blog History Lizzie, in which she frequently fact-checks shows and films like Bridgerton. “I think it’s a really interesting way of approaching a period, connecting people with things that did happen and characters that did exist in history, making it entertaining, but also playing with our expectations of what a Regency period drama should look like,” she says of the Netflix series. And, in her opinion, the theory of Francesca galavanting about Europe holds up under a magnifying glass. “I think for a family like the fictional Bridgerton family, who’s very secure in how they’re looked at by others, they could be happy to have siblings go to other family members and visit,” she says. “It was also good for [young women] to do that, because it meant they were networking with other people, and experiencing other things that would benefit them when they themselves come out into society.”

But for those fans hoping Francesca might be meeting her first husband while off-screen, Rogers shrugged at that suggestion. There are numerous historical accounts of wealthy men and women having intercontinental love affairs, but “not necessarily people as young as Francesca,” she says. Still, given Francesca’s obvious penchant for jetsetting, Rogers believes it’s possible such travel would eventually pave the way for Francesca’s love story—so long as her siblings and mother approved.

“It kind of depends who [young women] would be meeting when they travel, but also who they’re kind of attached to back home and who the family sees as a good prospect for them,” Rogers says.

No one would fault Francesca for pining after a French or Italian boyfriend, but fans are going to want a bit more build-up before her marriage is announced. My suggestion would be that she actually appears on screen for more than five minutes next season, perhaps during a jaunt to Scotland so she can assess her future husband’s earldom. As one Reddit commenter put it, “I genuinely hope they give her love story to John a huge space next season. And at least 1/3 of the audience will be like ‘Who is this girl?!’ 😂.”