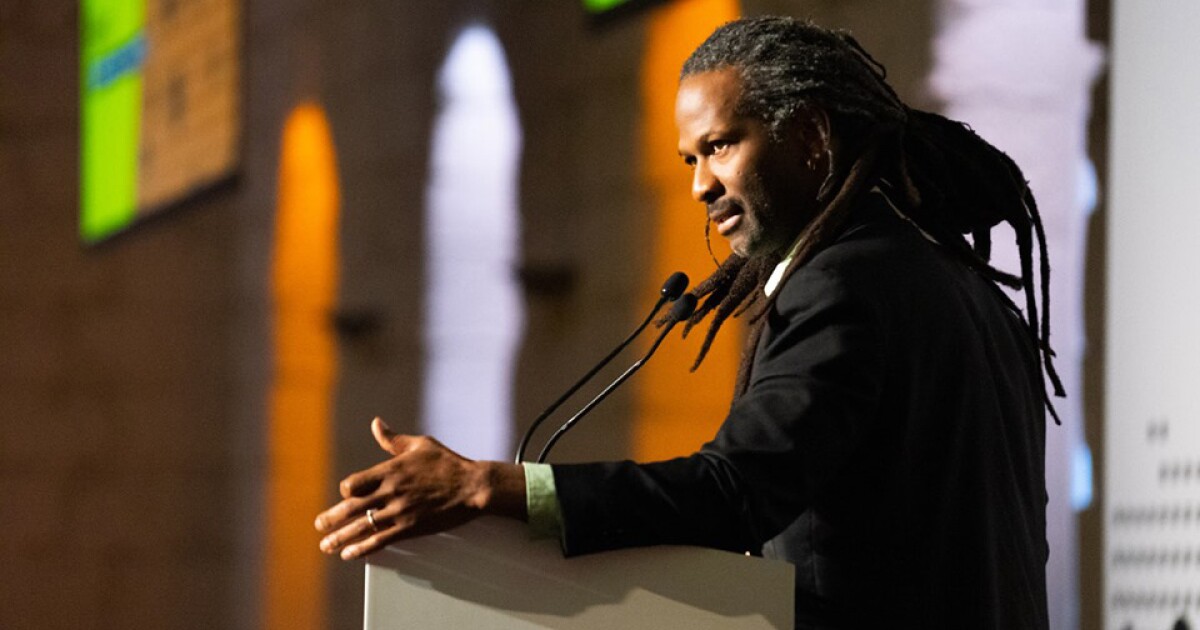 The stimulant hexedrone — known more commonly as “bath salts” — is the kind of drug Carl Hart believes would be ideal to take right before a hellish academic reception or departmental holiday party. He’ll do cocaine and ecstasy from time to time and is a fan of the opioids oxycodone and morphine for the “pleasurable calmness” they induce. But after a long day, there are few things that Hart, a neuroscientist and psychology professor at Columbia University, enjoys more than a few lines of heroin by the fireplace.

Hart has long pushed back against what he sees as the demonization of certain drugs and those who take them, particularly Black users, who are incarcerated at higher rates than whites users. He has questioned the prevailing opinion that methamphetamine interferes with cognition and presented findings that suggest marijuana has minimal impact on the working memory of regular smokers. In his 2013 memoir, High Price: A Neuroscientist’s Journey of Self-Discovery That Challenges Everything You Know About Drugs and Society, Hart makes the case for decriminalizing narcotics and argues that “we’re too afraid of these drugs and of what we think they do.” In a 2014 talk at the TEDMed conference, he argued that “science should be driving our drug policy and our drug education, even if that makes you and me uncomfortable.”

In his new book, Drug Use for Grown-Ups: Chasing Liberty in the Land of Fear, the former chairman of Columbia’s psychology department goes a step further, revealing that he has used — and continues to use — a number of illegal drugs. In fact, Hart recently said on a podcast that he was on methamphetamine when he delivered that TEDMed talk and that he’s given some of his best interviews the day after using heroin. Hart, who is 54, tried heroin for the first time in his 40s and has used it regularly — and responsibly, he contends — for years. “I am an unapologetic drug user,” he writes. “I take drugs as part of my pursuit of happiness, and they work. I am a happier and better person because of them.” He is not, he writes, an addict, and his book is not about addiction. Hart says that his stressful recent stint as department chairman was more damaging to his health than any substance he has ingested.

Hart has been a drug-abuse researcher for roughly three decades and, over that time, there has been a remarkable shift in cultural thinking about which drugs deserve to be stigmatized and banned. Marijuana is mostly legal now in a number of states. Taking tiny doses of LSD and other psychedelics to improve mood is no longer a fringe idea. Ecstasy is being touted as an effective treatment for post-traumatic stress. But saying that you take heroin to unwind sometimes, or that bath salts might be employed as a social lubricant for awkward work functions, is unlikely to go over well even in more free-thinking circles.

Of course Hart knows all that. He’s made studying the effects of drugs and our attitudes toward them his life’s work. And he knows that some people will look at him differently now. He writes in the book about his fear of, as he puts it, “coming out of the closet” about his drug use, but at the same time he felt that he couldn’t continue to write and speak about the subject without acknowledging his own experiences. “I know the potential perils of putting yourself in a story like this,” he told me. “But I want to read people who have real stories and people who are exposed, who are being vulnerable when they write. Otherwise, I’m reading a textbook and I don’t want to read a textbook.” (He has, in fact, written a textbook and he says it “bores me.”)

Regarding those perils, Hart believes that, as a result of being open about his drug use in recent years, he has suffered professional consequences. There are awards that he believes he might have received — one in particular — but did not. It’s possible, too, that some of his grant applications have been turned down as a result of his candor, though given the closed-door nature of such decision-making it’s hard to say for sure. “I would like to try and live as honestly as possible and knowing what I know and not saying anything is unethical and that’s cowardly and I can’t do that any longer,” he says. “That’s far more important than any professional consequences. I may not get a grant, but so be it. I will be able to sleep at night.”

In the book, Hart throws a few jabs at Nora Volkow, director of the National Institute on Drug Abuse. Volkow is known for her research on the neurobiology of addiction and has written about the adverse health effects of marijuana. She has made the case that drug addiction is a complex brain disease; Hart has declared that phrase “catchy but empty.” He writes that some scientists believe that Volkow “routinely overstates the negative impact that recreational drug use has on the brain.” He calls her a “kingmaker” but adds that she’s “also seen by some as tyrannical.” Considering that NIDA’s annual budget tops $1.4-billion and that the federal agency is the largest funding source for research on drug abuse, there are obvious downsides to biting the hand that bankrolls you.

I emailed Volkow to find out what she thought about Hart’s portrayal of her in the book. She didn’t respond but a spokeswoman emailed back with links to information about addiction, overdose deaths, and treatment for substance abuse.

Hart’s book has received mostly positive press. He’s been featured recently in GQ and Vice News and appeared on Joe Rogan’s podcast. The Wall Street Journal called the book “provocative and enlightening.” The Ivy-League-prof-snorts-heroin storyline was also picked up by the New York Post, which led to some commenters on his Instagram calling him a junkie and saying that he’s encouraging kids to do drugs.

For the record, he’s explicitly not giving kids the green light to take drugs (note “Grown-Ups” in the title) and he writes that he’s also not encouraging those who are suffering from mental illness to experiment either. He’s making the argument that plenty of adults can and do use drugs responsibly and that while “peddlers of pathology” are quick to equate any drug use with addiction, the science suggests that isn’t true. Generally the feedback he’s received so far has been heartening. He points to commenters who have said they’ve been forced to re-examine their assumptions. “I feel like I hit the mark and I feel like this is a document that will be here for those people who feel persecuted and alone, even when I’m no longer here,” he says.

There are a few pragmatic questions that come to mind when a professor publicly acknowledges using using a drug like heroin. One is whether he’s worried about what others at his institution will think. “In terms of colleagues, I care less about what they think, particularly on this subject, because I’ve been studying drugs for 30 years,” he says. Another is the question of legality: It would be big news if a respected Columbia professor were to be arrested for heroin possession. Hart isn’t terribly concerned about that. “I didn’t say where I do whatever I do, because it’s nobody’s business,” Hart says. “I am very careful and anal retentive and I plan. You don’t get to write all of these books and scientific articles if you aren’t really organized.”

How deep are divisions among the Taliban?