Who is the only 16-seed to win in NCAA Tournament? Remembering UMBC’s unprecedented upset of Virginia 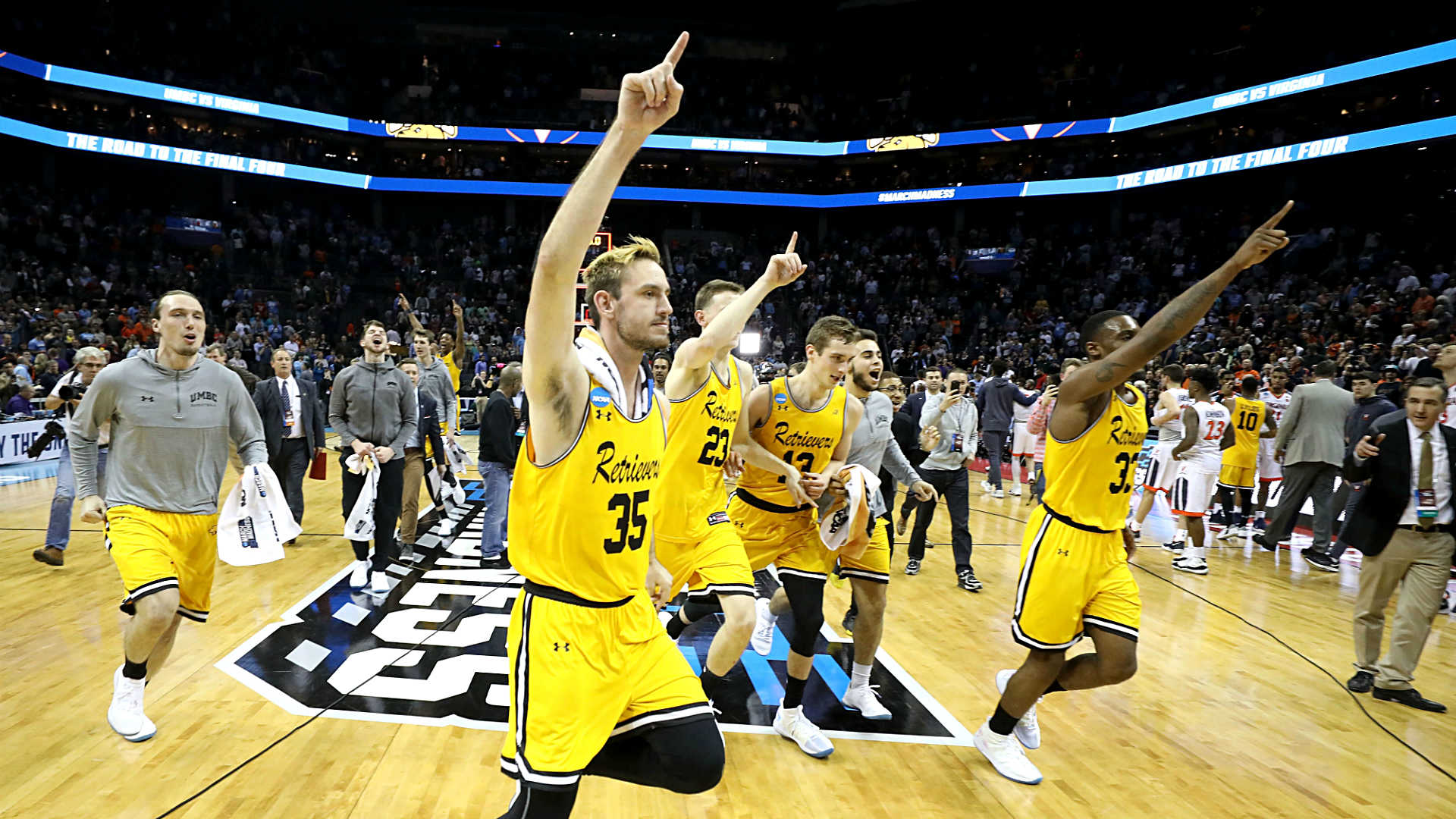 With the sporting world shut down for the next few months, at least, it’s hard not to think back on the great memories sports have given us, right? I have been blessed in my sportswriting career to cover more incredible moments and games than I could even begin to count.

I was sitting courtside the day the impossible happened. March 16, 2018: the day a 16-seed finally knocked off a No. 1 seed in the NCAA Tournament. The University of Maryland-Baltimore County traveled to Charlotte to play the Virginia Cavaliers, who were not only a No. 1 seed, but the No. 1 overall seed in the tournament that year.

UMBC dominated the best team in the country on that day, winning by 20 points (74-54) in a game that didn’t even feel that close, somehow. This wasn’t how it was supposed to happen, how the tiny 16-seed was finally going to stun a 1-seed Goliath. There was supposed to be a buzzer-beater, or a hold-on-to-your-seats final few minutes as the clock slowly ground its way to 0:00.

I’ve seen enough March Madness upsets in my day — the FaganJinx is real, folks — to have a pretty good feel for how these things tend to develop.

This contest was unlike anything I’d ever seen. The game was tied 21-21, at halftime, and even though the Cavaliers weren’t winning, the game was being played at their pace. It seemed just a matter of time before Virginia — which was 31-2, had rolled through the powerful ACC with a 17-1 record and cruised to the ACC Tournament title — exerted its will.

But then, to borrow from my buzzer file that day …

UMBC came out of halftime like it was playing Delaware State, not the best team in the nation. Joe Sherburne drove to the rim, scored and was fouled. He made the free throw to put the Retrievers up, 24-21, and then he knocked down a 3-pointer.

They were relentless. Confident. Aggressive. Undaunted.

The outcome wasn’t even remotely in doubt for the final stretch of that unforgettable game. The fact that I had time to file a lengthy buzzer story — a normally abbreviated column filed right at the buzzer — for the biggest upset in NCAA Tournament history was incredible, too. We somehow went from UMBC needing a miracle to win to Virginia needing the same sort of miraculous event.

The Retrievers spent the last 10 minutes or so doing three things: extending their lead, grinning from ear-to-ear and laughing as the crowd in Charlotte — it was the last game of the day, a start time shortly after 9:30 p.m. ET — was going mildly crazy.

Lyles, UMBC’s star player, finished with 28 points, 23 of those in the second half. Only one player had scored more than 28 points against Virginia all season, and Lyles needed only 11 shots from the field (he made nine of them) to get to 28.

“I was in a zone, man,” Lyles told me in the locker room after the game. “I get in those zones from time to time. I don’t think anybody can stop me when I get in that zone. Credit to my teammates for getting the ball to me and coach for giving that confidence to me.”

The most points Virginia had allowed in a game all season was 68, in a loss to West Virginia on December 5. UMBC scored 74 — 53 in the second half! The Cavaliers had held opponents to 53 or fewer points for an entire game 15 times during the season.