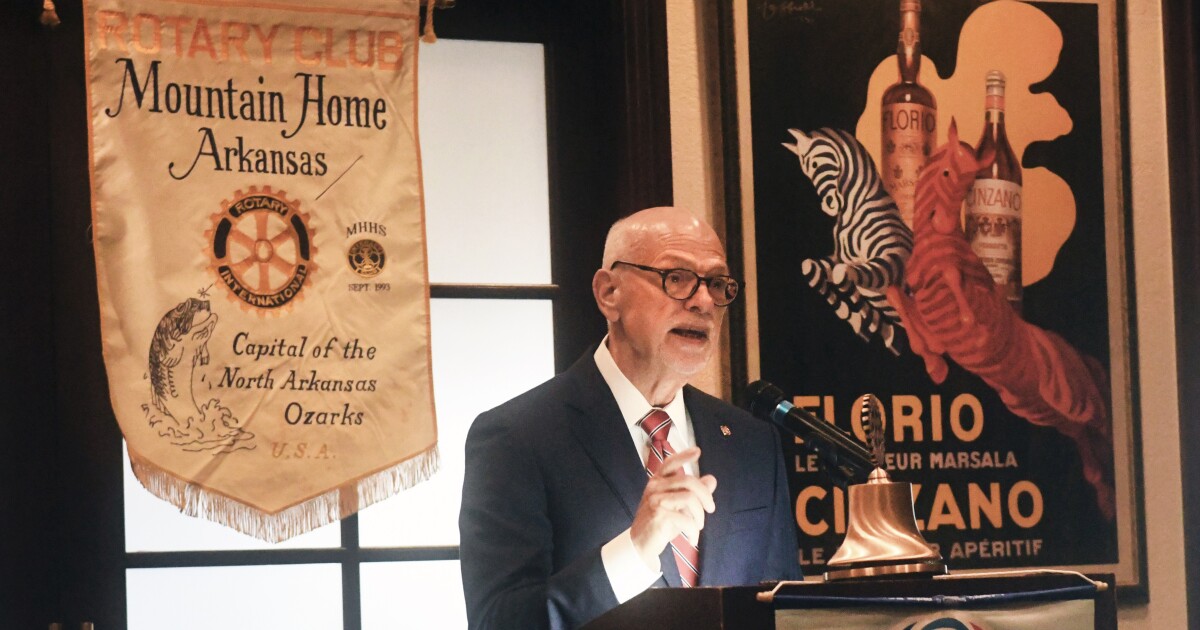 Joseph E. Steinmetz, the University of Arkansas chancellor, announced on Thursday that he was stepping down effective Friday, citing the “many challenges found trying to manage a university in today’s polarized society.”

Given that climate, he needed to “do what’s best for my family, and I feel ready to make way for others,” he said in a Thursday evening message to campus.

His announcement came just hours after a special meeting of the University of Arkansas System Board of Trustees. The ten trustees met for just over an hour, mostly in executive session, to discuss a personnel matter. They took no action, and “no individual was mentioned by name,” the Arkansas Democrat-Gazette reported. In the announcement, Steinmetz thanked system President Donald R. Bobbitt and the board, along with his leadership team and the entire university community. Bobbitt told the Democrat-Gazette via a text message that he’d be considering “several options” for interim chancellor and take the next week to decide.

Steinmetz’s resignation caught many off guard. It went from “whispers to rumors to resignation immediately, all in about 24 hours,” said Stephen Caldwell, chair of the Faculty Senate. A local television station, KNWA/KFTA, reported on Thursday that an online account had been sharing “provocative photos” that appeared to show Steinmetz. A university spokesman told the outlet that said photos are an “obvious attack” and “a hoax,” adding that the university contacted Twitter about the account, which has now disappeared, KNWA/KFTA reported.

In an interview with The Chronicle, Steinmetz said he’d rather not talk about the photos, adding that “anybody can post anything on social media, and the world believes it.”

His announcement regarding his decision to step down, he said, “may seem rash, but it isn’t rash for me at all.” He described the difficulties of this past year in navigating a large, public research university through the Covid-19 pandemic and also in coping with recent campus controversies that attracted strong opinions. His role, he said, has become less of a conversational facilitator than of a “crisis manager.” It’s a role he’s no longer interested in.

“What I always thought was the greatest feature of higher education was the ability to come to consensus, and for people to sit out and have this kind of a civil conversation about any issue,” Steinmetz said. “It didn’t matter what it was. And so what I have observed in the five and a half years I’ve served as the chancellor is we’ve moved further and further and further away” from that ideal. The environment, right now, is “very very different” than when he started the job, in January of 2016.

Arkansas’ campus had been embroiled in conflict after student leaders criticized the administration for repeatedly failing to support victims of campus sexual assault, The Chronicle previously reported. Steinmetz has also been criticized over his recommendation that a campus statue of U.S. Sen. J. William Fulbright be moved to a different location. A university committee that included faculty, staff, students, and alumni had spent months studying the issue and had recommended that it be removed from campus. Fulbright, a segregationist, “voted against the interests of Black students, and supported values antithetical to the university,” the group said. (The committee also recommended taking his name from the College of Arts and Sciences.) Steinmetz’s recommendation to move the statue, which he called a “compromise,” angered some lawmakers, who dubbed it “cancel culture,” the Democrat-Gazette reported.

In this case, there seemed to be “two extremes” on either side of the issue, Steinmetz told The Chronicle. Polarization, in general, has worn him down. This past session, the legislature has passed bills that are frequently “at odds” with the views of the university community, he said. Meanwhile, “I have received more petitions and more letters with the word ‘demand’ in them in the last, probably, year than I had in my entire academic career before that.”

He often tells students that when they’re considering what to do with their lives, make sure they choose careers or futures that they have a lot of passion for, and not to settle for anything less. “And I just really don’t have that passion anymore.”