Where will JJ Watt sign? Three teams ‘in the lead,’ per report 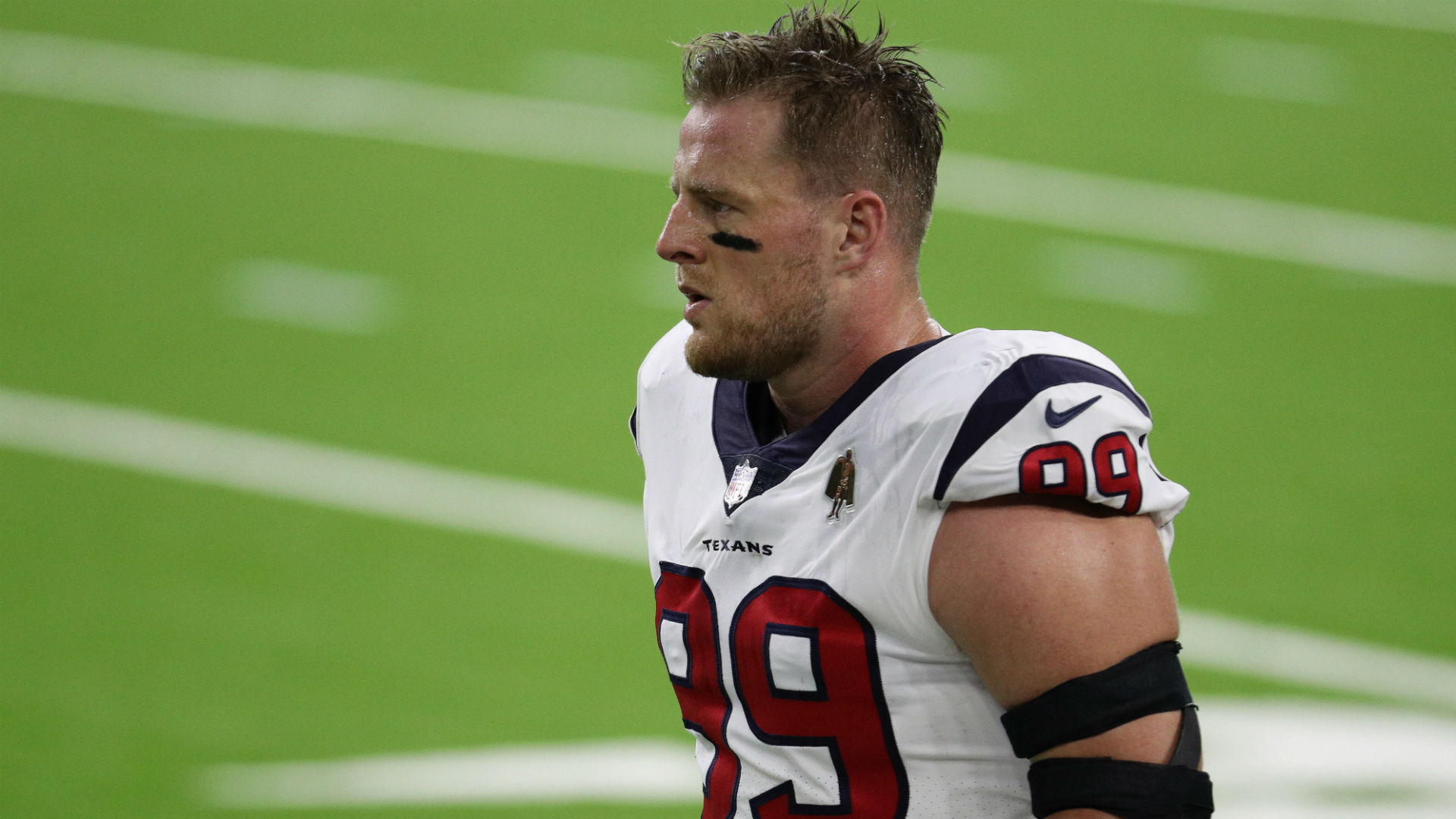 What’s what with Watt?

JJ Watt was granted his release from Houston earlier this month, leading several teams — more than several, really — to inquire about the veteran defensive end’s talents. The field seems to be slimming down.

Watt, 31, should still have some good football left in his shoulder pads, especially if the 2020 season was any indicator: Watt had just five sacks in 16 games, but those 16 games are important, given that Watt has dealt with health issues for the better part of five seasons, playing a full season just twice since 2015.

Should Watt stay healthy, there’s a good chance that the veteran defensive end would be in for a big payday — and will help a contending team’s defense reach the next level.

Here’s the latest on JJ Watt:

Per NFL insider John Clayton, there are as many as a dozen teams still in on Watt, but three teams lead the way: the Bills, Packers and Titans. The Browns and Raiders are described as still “in” on Watt, and he has not trimmed down his destinations, either.

People are misinterpreting what I said on radio today. I said Tennessee, Green Bay and Buffalo were the leading teams for J.J. Watt but not the final three. Watt hasn’t narrowed his list. The Cleveland Browns are still in. So are the Raiders. He has a dozen teams after him.

The fits make sense: The Bills are contending and looking for a better pass-rush presence. The Titans’ experiment with Jadeveon Clowney went awry. The Packers, Watt’s home-state team (and favorite team growing up), could also be in the mix for defensive line help, making for another intriguing landing spot.

ESPN’s Dianna Russini says that Watt could be in for a big payday, with one offer ranging in the $15 million to $16 million range.

JJ Watt has received several offers from teams. The best offer he has received right now is between 15-16 million per year, per sources.

Watt, 31, spent 10 seasons with the Texans, amassing 101 sacks in 128 games. He’s spent time on the shelf with back and pec injuries in the past five years.

Formula One: Sebastian Vettel, Lance Stroll to race for Aston Martin next season

This NFL Kicker Is OBSESSED With His MASSIVE LEGO Collection! 😳