When asked to back up his lies about asylum-seeking families, Greg Abbott has nothing 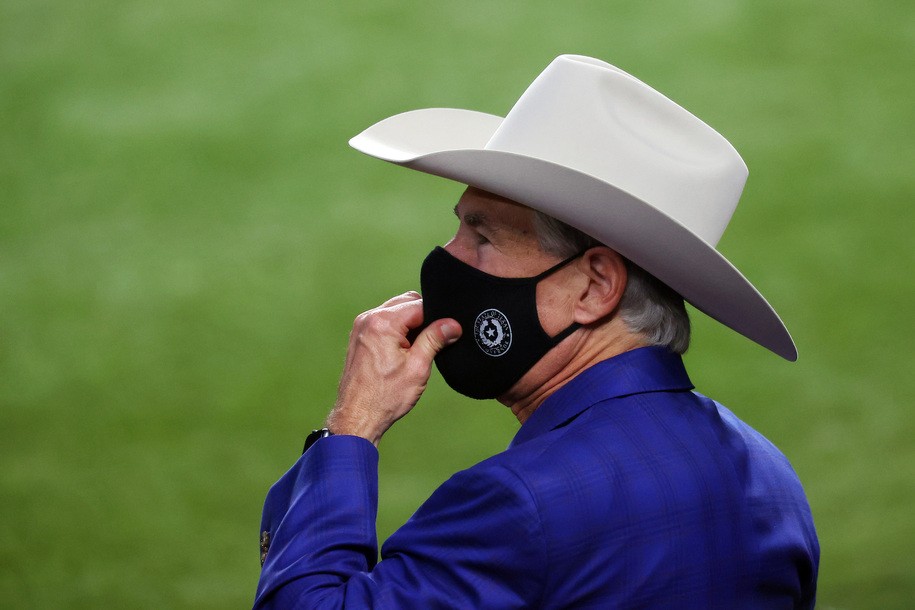 “Asked whether the governor had numbers on migrants with COVID-19 who have entered the U.S., Abbott spokesman Renae Eze offered a statement Wednesday,” the Associated Press (AP) reported. “Because the Biden administration has refused to step up and do their job, we may never know the true total of COVID-positive illegal immigrants and the impact on our state and our country,” the spokesperson said in the report.

In other words, we have nothing to show because we’re full of shit, so we’ll just keep saying the Biden administration is doing both nothing and the worst at the same time. That’s also not true.

“Abbott has rejected offers from the Biden administration for help with testing and quarantining migrants, saying that job belongs entirely to the federal government,” the AP said. The Texas Tribune reported that White House Press Secretary Jen Psaki said federal policy is that testing is “to be done at the state and local level with the help of NGOs [nongovernmental organizations] and local governments.”

That report said Abbott’s office tried to back up its anti-immigrant claims by pointing to numbers that have actually already been used to debunk his claims. “In total, 108 people who tested positive have been released in Texas since late January,”  tweeted immigration policy expert Aaron Reichlin-Melnick. Abbot had claimed “hundreds” of cases. “That’s not ‘hundreds,’” Reichlin-Melnick continued. “It’s not even 4 per day on average!”

Most asylum-seekers are still being turned away under policy still in place from the previous administration. The Biden administration has exempted children from this policy, leading to a rise in number of children going into Health and Human Services (HHS) custody, where they wait until they can be placed with a relative or sponsor already here in a process advocates say must happen as safely and quickly as possible. Small numbers of asylum-seekers who were subject to the expiring “Remain in Mexico” policy are also being allowed through into the U.S., a few dozen daily at a time.

”Two HHS contractors in Texas who were not authorized to speak to the media say the positivity rates for children are generally 8% or below, which is lower than the current statewide test rate,” the AP said. “Children who test positive are isolated until they are clear of the virus. The infection rates for all arriving immigrants are lower than for Texas as a whole, local officials and nonprofit groups serving those families say.”

Meanwhile, corrupt state Attorney General Ken Paxton is threatening to sue cities in the state for continuing policies protecting Texans amid the pandemic. “Minds have not changed,” Austin Mayor Steve Adler said according to Newsweek. “We promised the people in this community a long time ago that we would be driven by the data and the doctors, and we’re going to make good on that promise for however long we can. The science and the data [are] very clear that the single most important thing we can all be doing at this point is wearing masks.”