What we saw, heard in Chicago 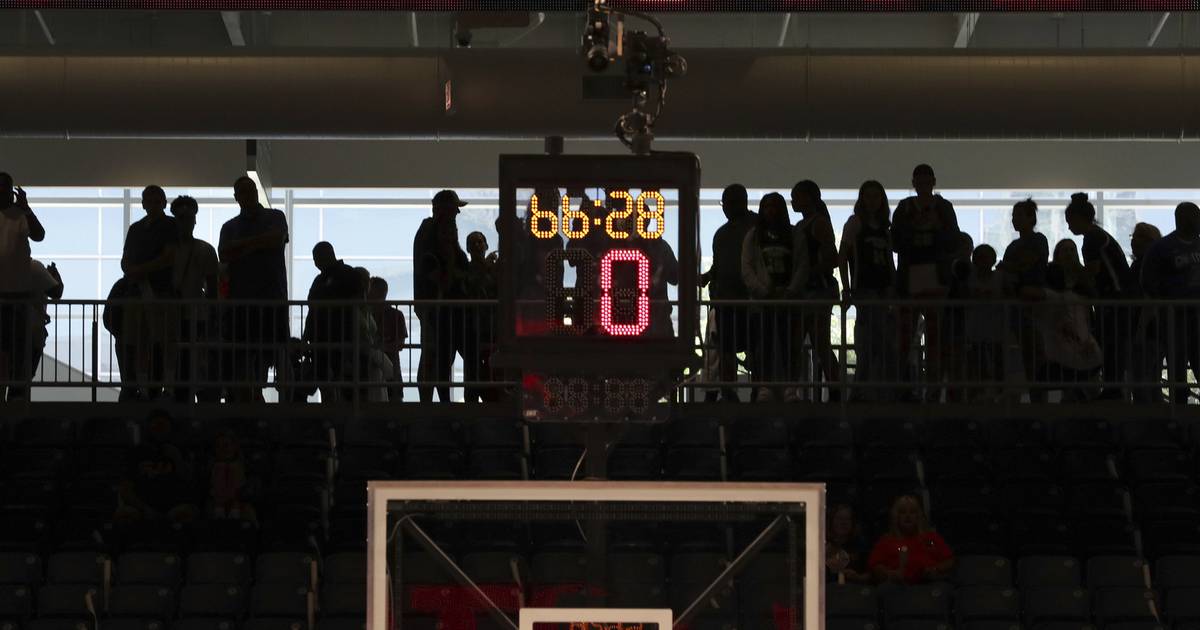 Wintrust Arena — home of the Chicago Sky — is hosting the WNBA All-Star Game for the first time. And we tracked it all.

For the latest news, visit chicagotribune.com/sky and sign up for our alerts here.

Minnesota Lynx star Sylvia Fowles and Seattle Storm star Sue Bird both received special recognition between the first and second quarter of the All-Star Game as they both near retirement at the end of this season. Fowles — who was drafted by the Sky in 2008 — earned a home crowd welcome from Chicago fans.

“I think in this era of basketball, those two have been dominant,” Parker said of Fowles and Bird on Saturday. “They’ve really had a hand in the direction of the way basketball is played as well as all of us having to level up because we’re competing against them or with them.”

Before the finale of the All-Star Game festivities, WNBA Commissioner Cathy Engelbert addressed the media for 30 minutes to talk league expansion, protests against abortion access and player welfare measures.

Engelbert said the league hopes to bring “a couple” expansion teams to the league by 2025, although she is hopeful there could be at least one city ready in 2024. She listed Philadelphia as one of the top teams currently in pursuit of a franchise bid.

Although the WNBA released statements strongly opposing the recent Supreme Court decision to overturn Roe v. Wade, Engelbert wouldn’t commit to whether the league would pull future All-Star Games or expansion bids over a city’s laws regarding abortion and reproductive care access.

Engelbert also revealed the league will expand from 36 to 40 games next season and will charter flights for the two teams that advance to the finals. Players previously have expressed their displeasure with having to fly commercial due to the impact it has on their physical health.

The Sky were one of the best-represented teams in the league throughout All-Star weekend. In addition to fielding two All-Stars on both teams, coach James Wade and his coaching staff helmed Team Stewart after finishing at the top of the conference in the first half of the season.

The four Sky All-Stars easily earned the loudest cheers during pregame intros. Hometown star Candace Parker was greeted with one of the biggest roars and the arena seemed to fill with “Sloot” when Sky supporters chanted Courtney Vandersloot’s nickname.

Naperville native and Sky star Candace Parker kept busy throughout All-Star weekend, including an event Saturday morning to unveil a mural by local artist Fantasia Graham and provide a $25,000 donation to Girls in the Game to honor the progress made since Title IX.

this morning Gatorade unveiled a mural by Chicago artist Fantasia Graham and announced a donation of $25,000 to Girls in the Game. pic.twitter.com/jb6uS6umpk

With two players on both All-Star teams, Sky players traded a healthy amount of trash talk in the weeks leading up to the competition.

“I definitely want to beat them,” Copper said. “I’ve been talking trash to Candace all week, so definitely looking forward to winning.”

Guard Courtney Vandersloot and center Emma Meesseman both opted out of talking any junk.

“I don’t trash talk because it’s going to come back in my face,” Meesseman said Saturday.

But Copper warned that Vandersloot is one of the most competitive players on the Sky, which could spill over onto the court.

Courtney Vandersloot is staying out of all the trash talk between Sky players this weekend: “That ain’t got nothing to do with me.” pic.twitter.com/KfGNLDs4fA

But those reservations don’t apply to Parker, who didn’t hold back in teasing her teammates-turned-opponents during media availability.

In this year’s iteration of the competition, All-Stars were paired with up-and-coming high school players, who ran the first lap of the shuttle.

Candace Parker broke out a Courtney Vandersloot jersey to represent her teammate on the sidelines of the competition.

Vandersloot and Stevens were knocked out in the opening round. New York Liberty guard Sabrina Ionescu won the event in her first year as an All-Star.

Sky guard Allie Quigley became the first WNBA or NBA player to win the 3-point contest four times, dropping a high score of 30 points in the second round to clinch her second-straight title. Quigley previously pledged to retire the competition after winning in 2021, but she accepted the invitation to return and claim the record this year.

“It’s really cool to be a part of history with some of the greatest shooters,” Quigley said. “It’s just feels great to have that confidence from my coach, everybody in Chicago and my teammates. They’re always hyping me up and letting me know how good of a shooter I am. That really helps me go out there and do what I do.”

Longtime Sky fan Chance the Rapper put on a free concert outside Wintrust Arena to close out the official festivities on Saturday night. He wore Brittney Griner’s jersey throughout the performance, pausing several times to call for her release.

Chance consistently has shown support for the Sky and the WNBA throughout his career, becoming a staple on the sidelines and at the after parties during the Sky’s run to the WNBA championship last year.

The WNBA All-Stars showed off a variety of styles at the Orange Carpet on Friday night to kick off the weekend’s festivities.

Florists navigate a flower shortage during a wedding boom