What to see, do and hear: Music fests, “Homos,” Dancy exhibit, Toddler Takeover 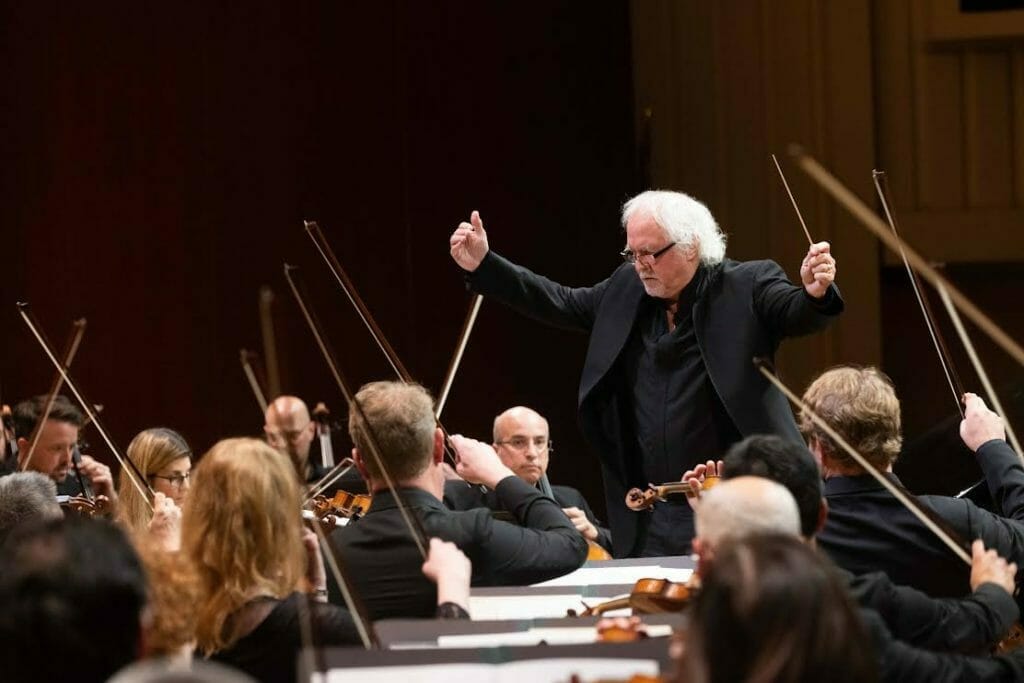 Two of Atlanta’s top music festivals — the Sweetwater 420 Fest and Shaky Knees — were each thrown off regular schedules due to the pandemic, which helps explain how they each landed on the same weekend this year. The 420 Fest at Centennial Olympic Park kicks off Thursday and features The String Cheese Incident, the Trey Anastasio Band, Gary Clark Jr., Oteil & Friends and others. Single-day tickets start at $89. The Shaky Knees festival kicks off Friday in Central Park and features Nine Inch Nails, Green Day and My Morning Jacket. Single-day tickets start at $100.

Longtime Atlanta Symphony Orchestra Principal Guest Conductor Donald Runnicles will conduct two pieces by Debussy on Thursday and Saturday featuring the ASO Women’s Chorus. The performances will close with the contemplative Duruflé Requiem, which has melodies derived from Gregorian chant. Tickets start at $28. Masks are encouraged, but not required.

A new outdoor iteration of Nicolette Emanuelle’s What Are You? — an exploration of what it means to be mixed race in America — will be presented at 2 p.m. Saturday and Sunday by 7 Stages as part of Art on the Atlanta BeltLine. Asked “What are you?” most of her life, Emanuelle has roots in the Lumbee tribe of North Carolina. Her show in the McDonough Boulevard Tunnel along the Southside Trail combines aerial movement, shadow play, music and personal testimonials to explore the struggles of multiracial people while honoring their resilience. It also features Squeeze the Clown (Meredith Gordon) and aerial artist Jaylynn Haywood. Free (no reservation required). No protocols listed.

Is monogamy just monotony? That’s one of the provocative questions that Homos, Or Everyone in America at Out Front Theatre, opening May 5, seeks to answer. Jordan Seavey’s play is told through interweaving glimpses into the life of an everyday couple unexpectedly confronted by a vicious crime. When it opened in the Big Apple in 2016, it was a New York Times Critic’s Pick and was named one of New York magazine’s 10 Best Theater Events of the year. Through May 21. Proof of vaccination required (or, for those with an exemption to the vaccine, a negative PCR test no more than 48 hours old); masks not required.

First it was the Van Gogh immersive exhibit, then Picasso, their works projected onto walls, ceilings and floors for a full-on 360-degree experience. Now there’s O’Keeffe: One Hundred Flowers created by the Atlanta-based company Illuminarium. There are scents too, helping bring Georgia O’Keeffe’s famous flower paintings to life. Opens Thursday, 11 a.m. to 5 p.m. Check website for additional days and times. 550 Somerset Terrace, on the Eastside BeltLine. Tickets start at $25. Masks not required.

The 11-day Atlanta Film Festival continues through this weekend with in-person screenings at Plaza Theatre, Dad’s Garage and other sites. One of the features ArtsATL critic Steve Murray found most intriguing in his reviews of 10 of the fest’s films is Soul of a Beast, which shows at 9:30 p.m. Thursday at the Plaza. “Whether you love it, hate it, are baffled by it, or possibly all three, Soul is the likeliest to spark long, animated post-screening conversations,” Murray wrote. He also favored the “haunting and hauntingly good” drama Hands That Bind, screening at 7:15 p.m. Sunday at the Plaza. Many of the titles are also available via streaming — details HERE.

Wanna see the next generation of dancers? Senior students from University of North Carolina School of the Arts, in collaboration with Atlanta-based ensemble Kit Modus, will present PluckATL on Friday. This is the first time students in the university’s Pluck initiative are bringing their work to Atlanta as well as New York. The Windmill Arts Center, East Point. 7:30 p.m. Free. Masks optional.

American Ballet Theatre has done it. So has England’s Royal Ballet and Queensland Ballet in Australia among others: a ballet based on Prokofiev’s famous 1936 work Peter and the Wolf. Now we have our own home-grown version courtesy of Terminus Modern Ballet Theatre, Alliance Theatre and musicians from the Atlanta Symphony Orchestra. April 30 and May 1. Multiple showings between 9 a.m. and 2 p.m. as part of Toddler Takeover Festival. Sifly Piazza, Woodruff Arts Center. Free.

Author and Atlanta native Sanjena Sathian will discuss her novel, Gold Diggers, Thursday at 7:30 p.m. at the Atlanta History Center. Sathian’s book is set in the Bush-era Atlanta suburbs and follows a character named Neil Narayan as he struggles with the weight of expectations of his family and their Asian American enclave. Tickets start at $10 for non-members; masks are required. The event will also be livestreamed on the center’s YouTube channel.