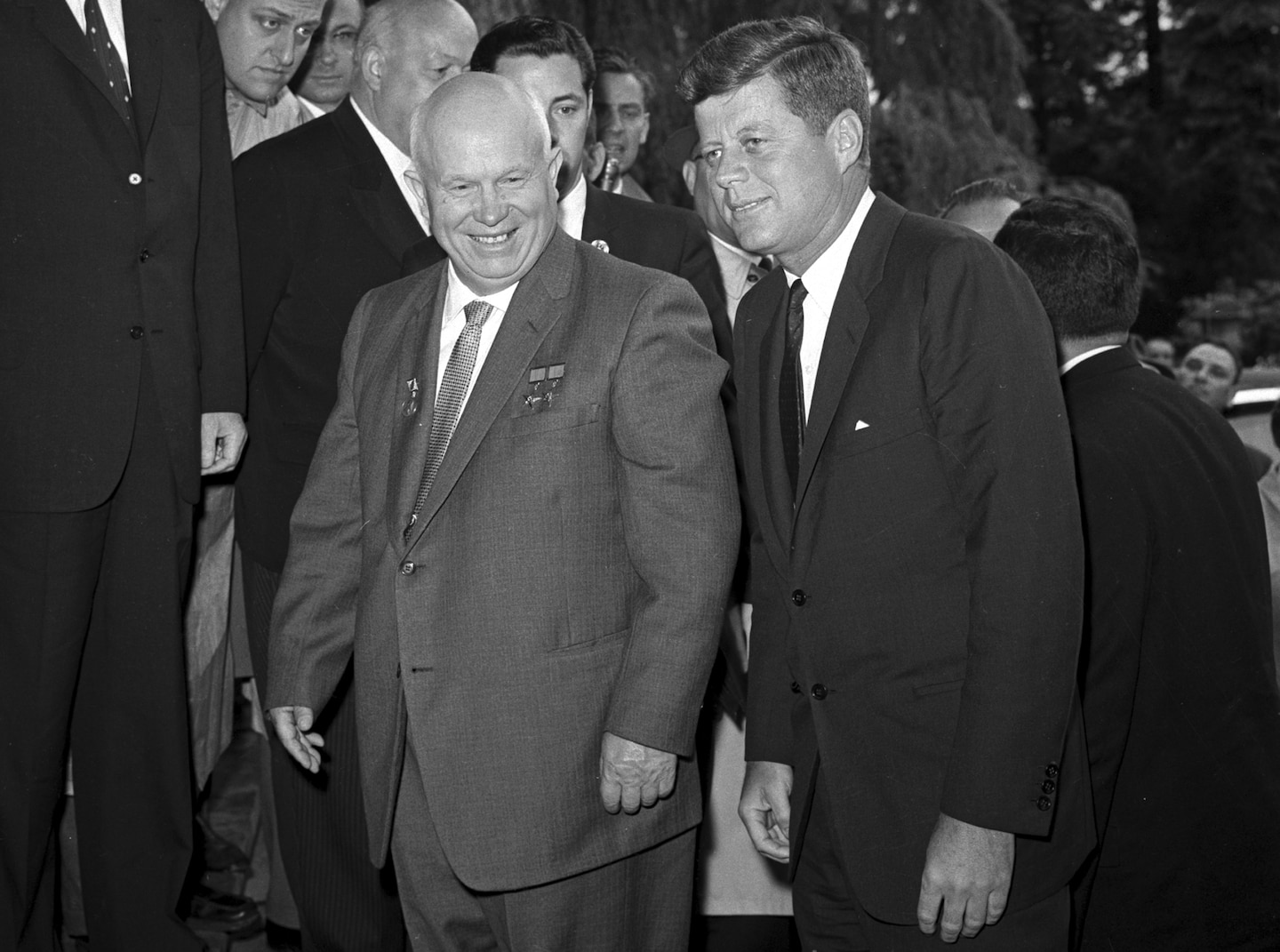 A little more than two years after President Biden’s election, the United States is still dealing with its own cult of personality problem.

Polling in May 2022 suggests that former president Donald Trump still enjoys a 42.5 percent favorability rating. Stickers with Trump’s face and his slogans adorn trucks, boats and cars. A dark, baseless Q-Anon pseudo-religious claim even contends that Trump is anointed by God to cure America of its evils, including pedophilia. This type of thinking aids in the construction of straw men — if Trump and his supporters are against the crime of pedophilia, for instance, then their political opponents are either guilty of it or complicit in it. The Trump movement is based on a personality cult, and support is often a zero-sum game.

Over a half a century ago, another political figure highlighted the dangers of this cult of personality: Soviet leader Nikita Khrushchev. His vocal attacks on his predecessor, Joseph Stalin, boldly pushed the Communist Party to confront its history of paranoia, fear and conspiracy, ultimately helping to diminish the “spell” of Stalinism.

In February 1956, Khrushchev stood before the 20th Congress of the Communist Party and denounced Stalin. In a speech titled “On the Cult of Personality and its Consequences,” Khrushchev called for a return to practicing the party’s ideological work, a willingness to fight individuals abusing their power, and he declared that Stalin was excessively revered. It was a risky move but, in the end, effective. As historians have shown, Khrushchev’s speech had an enormous impact both inside the party and among the Soviet population.

It was a short period of public reckoning that started to move Soviet society away from paranoia and a fear-dominated system. The Soviet Union under Stalin was marked by the Great Terror, a period of systemic repression targeting political opponents, army leadership, minorities, religious figures and farmers. There were show trials — public displays of “justice” where the outcome was a foregone conclusion — and the “doctors’ plot,” a false assertion that Jewish Soviet medical specialists planned to murder leading political officials.

The Soviet system under Stalin turned children against their parents and neighbor against neighbor. Anyone who dared to speak out against any of the excesses of Stalin’s system or the culture of fear and conspiracy it created was treated with suspicion and, at worst, declared an enemy of the people. Such enemies were often jailed, exiled or killed.

Khrushchev noted that Stalin’s term “enemy of the people” made it so that allegations against anyone labeled as such did not need to be defended or even proved. He continued on to say that the term “could be used against anyone who in any way disagreed with Stalin,” or “against those who were only suspected of hostile intent.” It was an effective and easy-to-use label for silencing dissent, removing an adversary or simply making a political point.

Khrushchev’s speech significantly helped lead the Soviet Union and the Communist Party down a new path. In the years immediately after the speech, the Soviet Union changed in meaningful ways — literature, film and entertainment from outside the Soviet Union were allowed in. Gulags were closed, censorship policies changed and citizens were once again allowed to move freely around the nation.

There were still problems, to be sure, as demonstrated in Hungary and Poland in 1956, and attempts from within the party leadership to oust Khrushchev in 1957. But the Soviet Union after Stalin was a safer, more rational place. Khrushchev’s speech had stemmed the tides of paranoia, fear and conspiracy-driven leadership. When the new leader of the Soviet Communist Party bravely gave voice to many of the truths about Stalinism, it significantly undermined Stalin’s persistent “cult of personality.”

No similarly prominent and highly ranked American politician has successfully called for an accounting of the Trump era. Rep. Liz Cheney (R-Wyo.) spoke powerfully, but it quickly resulted in her colleagues removing her from her leadership position, and the Wyoming GOP Central Committee voted to not recognize her as a party member. House Minority Leader Kevin McCarthy (R-Calif.), on the floor of the House of Representatives, said that Trump bore responsibility for the Jan. 6 insurrection. Two weeks later, McCarthy was photographed with Trump at Mar-a-Lago. Political backlash quickly follows any public repudiation of Trump and his policies. (Cheney reportedly spent $58,000 on security in the aftermath.) Often, it seems that the officials brave enough to speak out are also the ones who have little to lose — most have decided to step down or chosen to speak anonymously. Others, like McCarthy, backtracked on their positions and statements to remain politically viable.

It does no good for an outsider to publicly oppose Trump, his conduct and his movement’s corrosive effect on our democracy. Outsiders have been talking about the damage Trump is causing for years, and they have been written off as hand-wringing panic-mongers. Calls for sanity and reflection will only have a real effect if they come from inside the movement — from people willing to stand by their position. America desperately needs the Republican Party, and its MAGA wing, specifically, to have its own “secret speech” moment.

What happens to the country when more than a third of the population adheres to a political ideology that swears fealty to a twice-impeached ringleader of an attempted coup? Without accountability for those involved and a willingness to speak out from those who would otherwise benefit from their silence and complicity, we may soon discover the answer to that question.