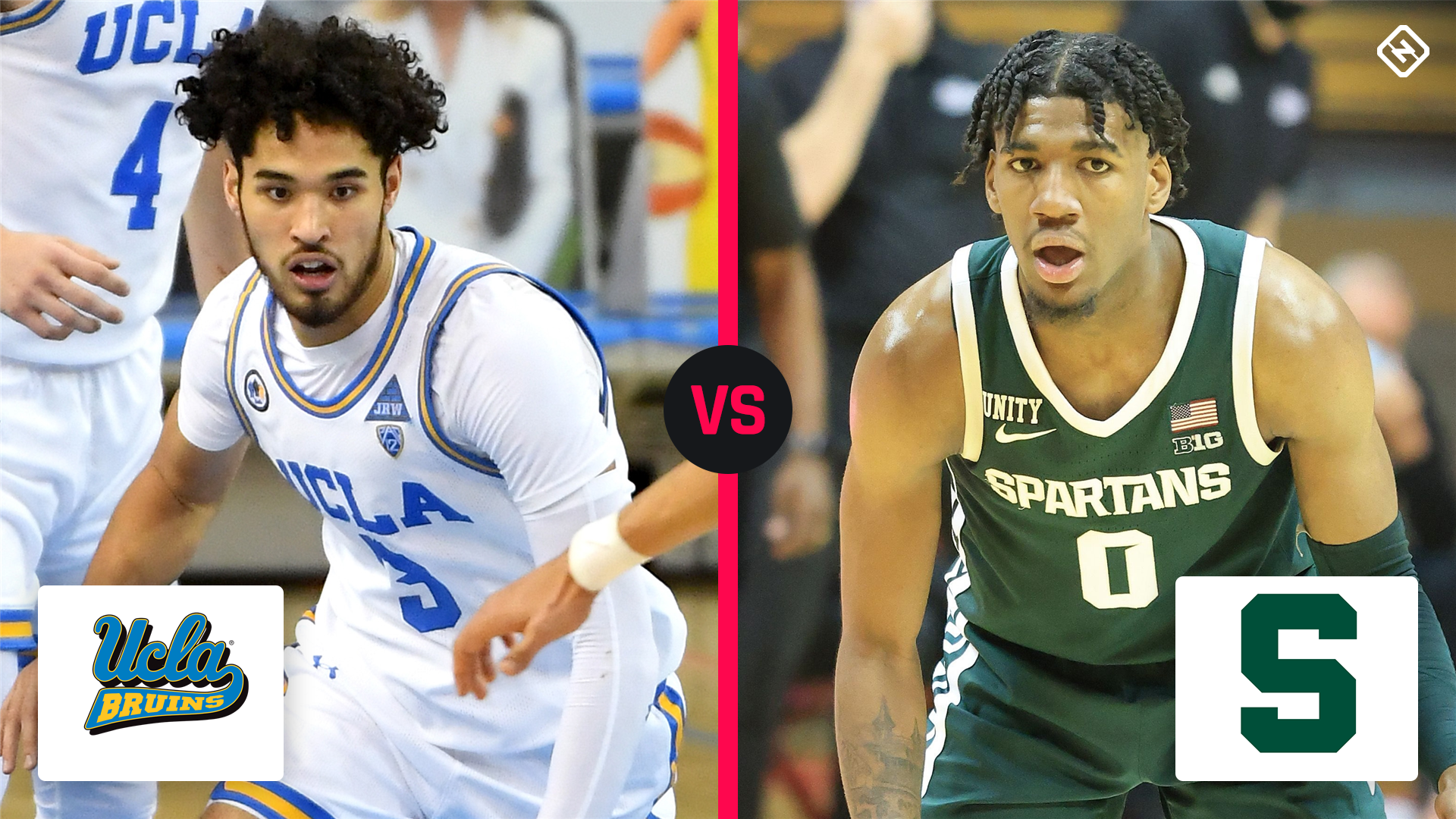 The 2021 NCAA Tournament is ready to tip off and with the First Four comes the matchup of two of college basketball’s greatest programs.

Michigan State (15-12, 9-11 Big Ten) will look to earn a victory over UCLA (17-9, 13-6 Pac-12) in what appears to be the marquee matchup of the First Four. Both teams will be looking to improve their already-strong March Madness legacies and the winner will get a chance to square off against BYU in the Round of 64.

These two schools have played each other six times previously with the series being even at three games apiece. The most recent game between the two teams came in 2019 when the Spartans knocked off the Bruins 75-62 at the Maui Invitational. Cassius Winston and Xavier Tillman led Michigan State in scoring during that game, combining for 34 of the team’s points.

Also noteworthy, this is the second time these two programs have met during the big dance. The first game came in 2011 and the 7-seed Bruins knocked off the 10-seed Spartans 78-76 in a closely contested battle. Draymond Green led Michigan State with 23 points while UCLA saw Tyler Honeycutt and Malcolm Lee each drop 16 points in that contest toe earn the win.

UCLA will enter this First Four game having dropped four consecutive games, including an overtime game to the eventual Pac-12 Champion Oregon State Beavers in the Pac-12 Tournament. Meanwhile, Tom Izzo’s Spartans have posted a 2-3 record in their last five, but they did have an impressive 70-64 win over archrival and No. 2 overall Michigan during that span. They’ll look to get some forward momentum to give them a shot at being giant killers during this NCAA Tournament.

Sporting News has you covered on how to watch the Thursday meeting between UCLA and Michigan State, including time, TV channel and streaming options.

What channel is UCLA vs. Michigan State on today?

UCLA vs. Michigan State will be on TBS on Thursday night. It will mark the second game broadcast by TBS during the tournament.

UCLA vs. Michigan State will tip off at 9:57 p.m. ET at the Mackey Arena. It’s the final one of the First Four games to tip off.

Monday’s second-round tip times will be announced after Saturday’s games.