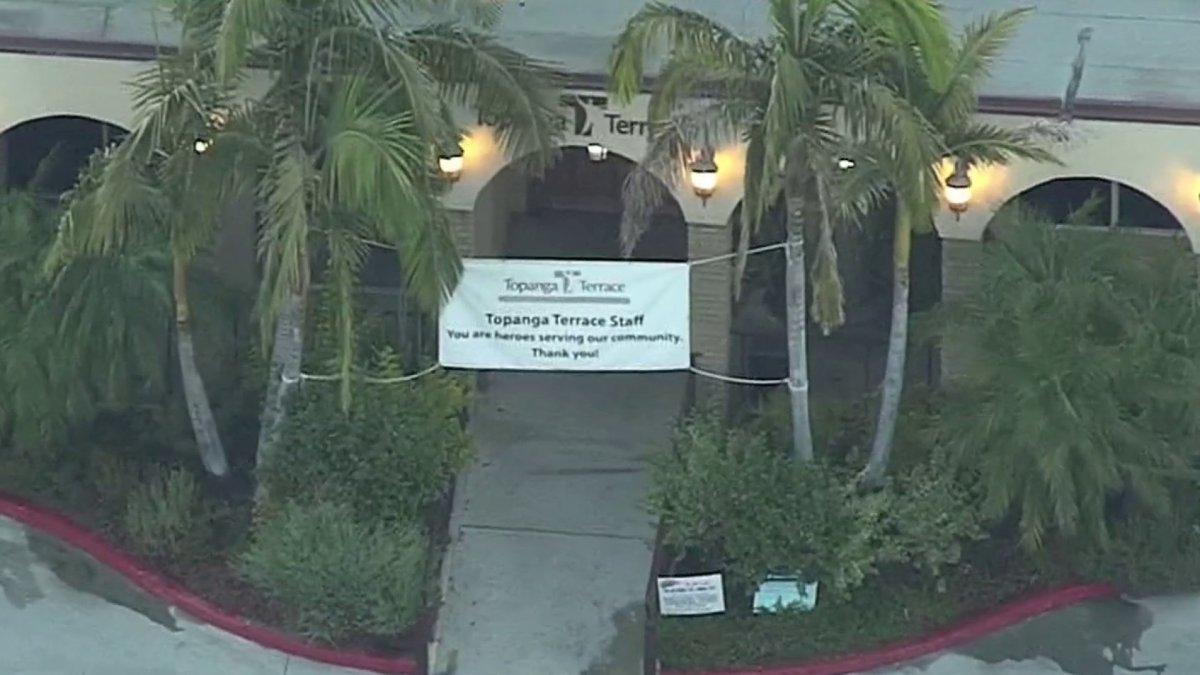 Residents of a West Hills nursing home were temporarily evacuated early Tuesday morning, after a fire in the building’s laundry facilities produced heavy black smoke and prompted a response from the Los Angeles Fire Department.

The LAFD received a call for a structure fire around 4:31 a.m. Tuesday at the nursing home, Topanga Terrace Rehabilitation and Subacute Care, located at 22125 W. Roscoe Boulevard.

The caller at the facility reported lots of heavy black smoke.

The nursing home houses about 90 patients total. Around 20 of those individuals were evacuated in their beds to the outside, as a precaution. Others were able to shelter in place in the building.

The 20 patients taken outside “were safely evacuated in their beds outdoors to be closely attended by nursing staff,” a statement from the LAFD said.

The fire came from the laundry facilities in the building. The cause of the fire was not immediately known, and is under investigation by the LAFD.

Firefighters isolated the smoke in one section of the building using the building’s fire doors, and used high-powered fans to clear extra smoke from the area.

No patients or staff had any medical issues related to the smoke, and by 5:45 a.m., the evacuated patients were safely returned to their rooms.

No significant damage to the building or its facilities was immediately reported by the LAFD.