West Ham: Can David Moyes stop Hammers’ poor form against Wolves or is change at the top needed? | Football News 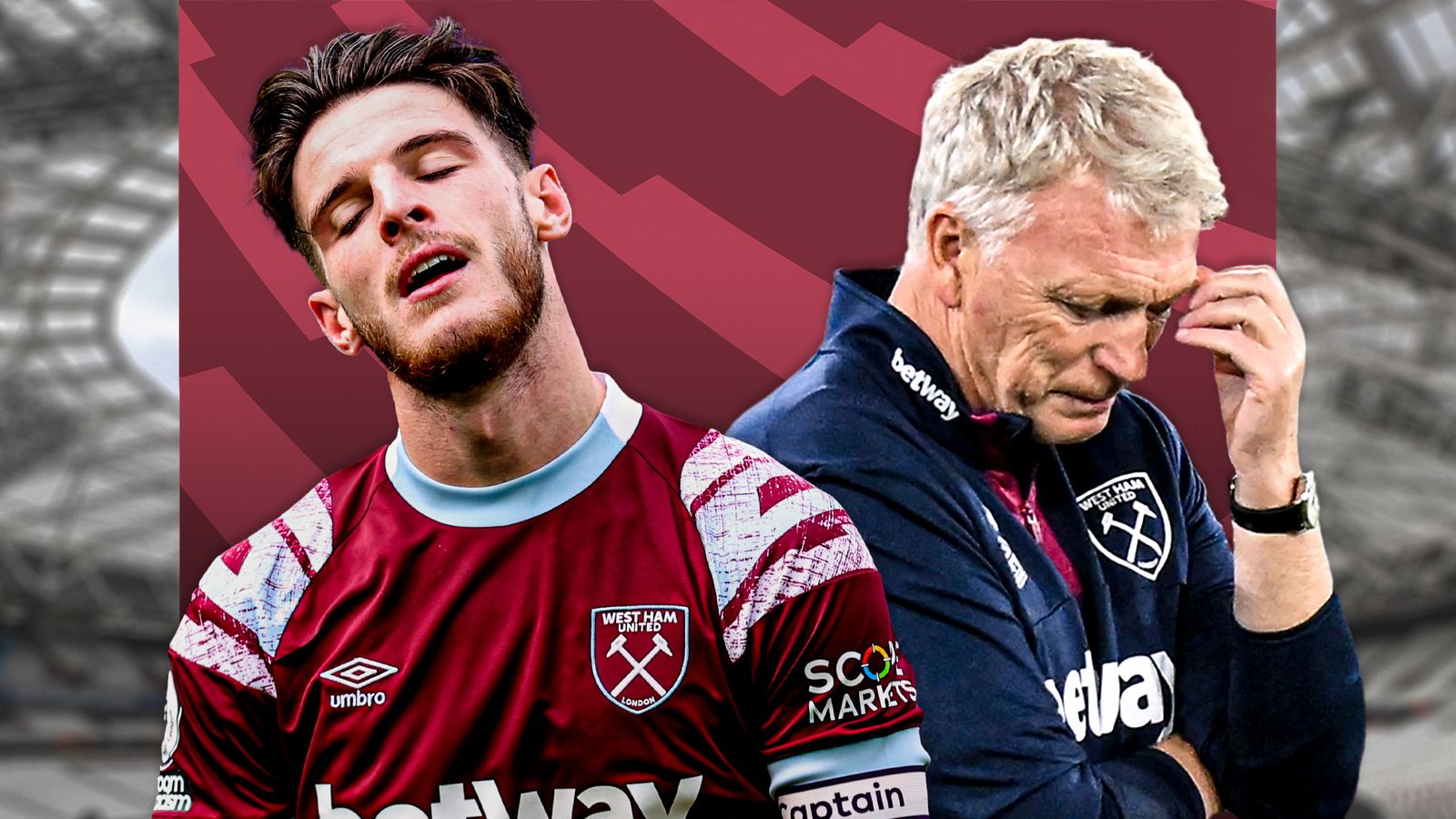 Walking a managerial tightrope. An analogy that could implicate one of several Premier League bosses ahead of what could prove to be a definitive round of fixtures for some this weekend.

Desperation is in the air, none more so than in east London. West Ham’s luck is down as they prepare to go under the microscope against Wolves on Saturday, live on Sky Sports.

Hampered by an overabundance of misfortune, David Moyes’ side can scarcely catch a break. Contentious refereeing decisions, “scandalous” VAR reviews and an overfamiliarity with the goal frame in recent matches has amounted to four points from seven games.

Such a return, representative of relegation fodder, has threatened to dethrone the first manager in four years to reinstate European football at the London Stadium. The once revered character of Moyes cut an unusually forlorn figure on the touchline at Goodison Park a fortnight ago. His expressionless look a clear acknowledgement of yet another unwanted complication.

Everton, winless all season, were delighted to pour fuel on the fire as Neal Maupay’s 53rd-minute strike consigned West Ham to a fifth league defeat – their worst start to a Premier League campaign since 2016-17. Yet more pressure on an already volatile situation.

FREE TO WATCH: Highlights of Everton against West Ham in the Premier League

And while all is not lost, the Hammers need a remarkable recovery between now and the winter break to give themselves any chance of salvaging their declining season.

“He surprised a lot of those supporters situated behind the goal, as well as everyone else in this stadium. Me included.” – Sky Sports pundit Jamie Carragher remarked when assessing the Everton goal that plunged West Ham into the relegation zone.

The disbelief, evident in Carragher’s voice, was born out of the fact that neither side had threatened to break the deadlock, such was their insistence on avoiding another chastising defeat. Tension in both dugouts was profusely clear. “My players let me down,” Moyes reflected – not for the first time this season. 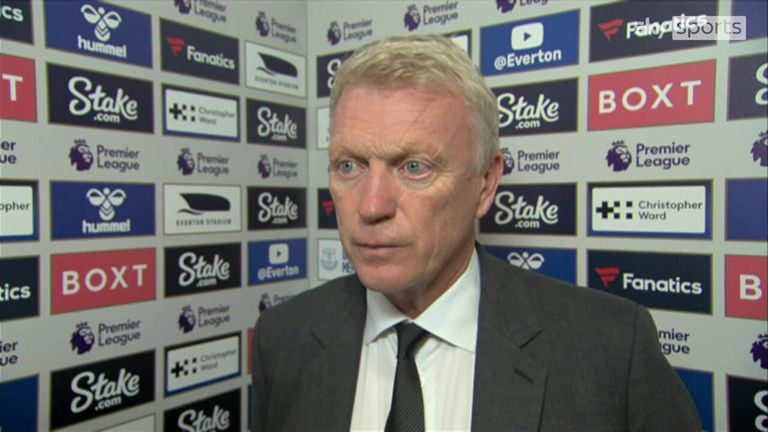 Contrasts are stark. Twelve months ago, West Ham were hurtling towards the top four rather than flirting with the bottom three. An upward trajectory had been synonymous with Moyes’ second stint in the West Ham hot seat. The appointment, which raised suspecting eyebrows in late 2019, turned out to be a stroke of managerial genius.

Having guided West Ham to a sixth-place finish in his first season back at the helm, the following campaign was backed up by a respectable seventh-place end. The season tailed off, but strong showings in both domestic cups and a semi-final appearance in the Europa League served as evidence of tangible growth.

Positivity was palpable. “West Ham are massive” – the chant sung somewhat ironically by Hammers fans – finally had some reasonable meaning.

So, what has gone wrong for the London side this term and is Moyes now on the back foot? 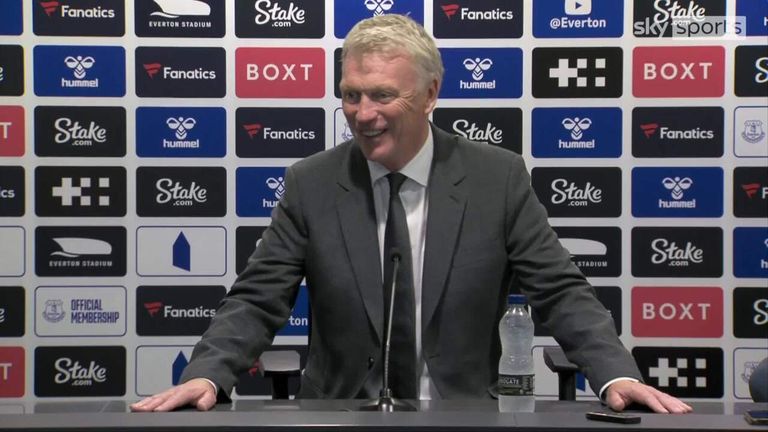 David Moyes was left surprised by a reporter who referred to him as ‘Moyesy’, following West Ham’s 1-0 defeat to Everton

West Ham have lost eight of their last 10 Premier League games on the road – no top-flight side has lost more away games in 2022. It’s a troubling statistic. The calendar year has not been kind. Performances have been characterised by a tentative approach, devoid of creativity and ultimately, goals.

West Ham have worryingly only breached backlines a total of three times this season, the joint fewest of any side. For context, Nottingham Forest and Leicester City, who make up the remainder of the current drop zone, have scored six and 10 respectively. West Ham’s goals-to-games ratio is fraught with danger.

This weekend, they face the only other side in Premier League competition to have managed as few goals as them – Wolves. Their blunt attack is stifling, especially when considering their goals against column is healthier than Fulham’s, who sit 12 places better off in sixth.

Perhaps the game plan, which once provided Michail Antonio and Jarrod Bowen with a profusion of riches, has been exposed. It’s true that after going behind Moyes’ teams typically find it difficult to recover.

Plan A – heavy reliance on entries from quick turnovers and swift counter-attacks – is foiled if, or more likely when, the Hammers concede first. Opposition teams sit back, employ a low compact block, and become difficult to break down. Essentially immune to a quick break. It’s a trend that Sky Sports‘ Paul Merson has identified as key to West Ham’s downfall this season.

“They haven’t scored the first goal,” he said. “People underestimate how big the first goal is in games. If you look at David Moyes’ teams, even when he had massive success at Everton, they’re very good on the counter-attack. They pick teams off.”

West Ham have led in games for a total of 28 minutes this season – both Antonio and Bowen’s efficacy has been reduced as a direct result. “When they score the first goal, they’re a completely different animal,” Merson added. Going behind simply doesn’t suit their counter-offensive style, nor does it support the fluidity of their once intrepid forward line.

No side in the Premier League so far this season has underperformed goals scored compared to their expected goals total by a greater margin than West Ham (-4.6 – 3 goals and 7.6xG).

Yet Moyes, in need of fresh impetus, appears reluctant to integrate either Gianluca Scamacca or record signing Lucas Paqueta from the start of games, choosing to stick with his under-performing core. £86.6m of talent waiting patiently in the wings. Maybe after a two-week period of reflection swapping the old for the new will emerge as the pragmatic move in staving off staleness. They were the summer’s third-highest spenders, after all.

Then there’s the unhelpful frequency with which West Ham have rounded off rare attacks with an attempt that strikes the frame of the goalmouth. Against Everton, they showed marginally more urgency after falling behind as the fear of conceding became secondary, only for substitute Said Benrahma to crash one of their best chances off the post.

They have brushed the woodwork a total of five times this season – only Liverpool have achieved that feat more times (six).

While travel sickness and goal-shy forwards are not necessarily enough to condemn a side, certainly not seven games into a season, West Ham’s decline across the board will nevertheless be unnerving the club’s hierarchy. The list of established underachievers also includes the likes of Tomas Soucek, Pablo Fornals and even Rice, while entertainment value has all but deserted their brand of football. West Ham manager David Moyes is hopeful that Declan Rice’s busy international and domestic schedule can improve the midfielder, despite having little time off from the game

Almost every metric that assesses a side’s attacking efficiency has subsided. Pass success rate is notably down, while shots on target, big chance total and general possession stats have all taken a hit. Final-third passes completed have dropped from 88 to 69. Less action in opposition territory means less goals – just three, to be precise.

“I haven’t seen enough to be worried about them and I’m not,” Merson continued, despite the significant drop-off.

“They’ll be alright. If you’re going for top four and you’re an Arsenal or a Chelsea or Liverpool or Man United, if you beat West Ham then that’s a good three points. Against Chelsea, the VAR was atrocious. They shouldn’t have lost. 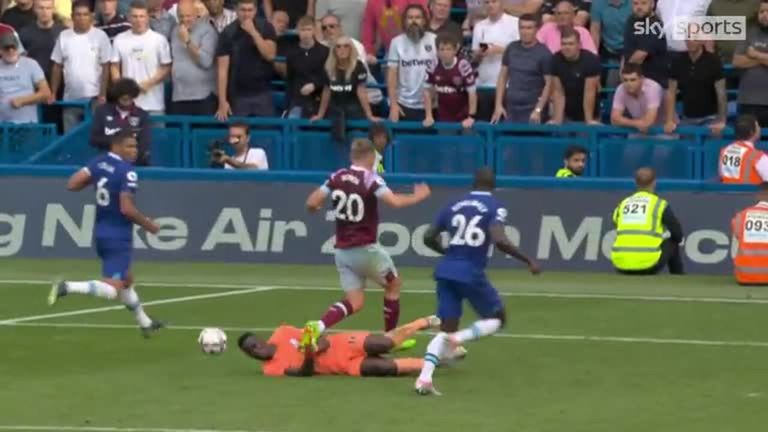 “For me, I think Moyes is a top manager – start questioning him at your peril! He’s one of the top managers about. If he lost his job right now, clubs would be queuing around the block to take him.”

It remains to be seen if Moyes, in part a victim of his own success, can revive West Ham’s destitute fortunes or if he will even be afforded the time to do so. There is little ground for panic, says Merson, but if the Hammers’ expensively constructed squad don’t kick into gear soon someone will have to pay the price.

Many will await Saturday’s teamsheet with bated breath. Can a bold selection end a troublesome run, or will West Ham’s woes linger on further still?