‘Wear it with pride’: Latino councilwoman responds to colleagues mocking her accent during meeting 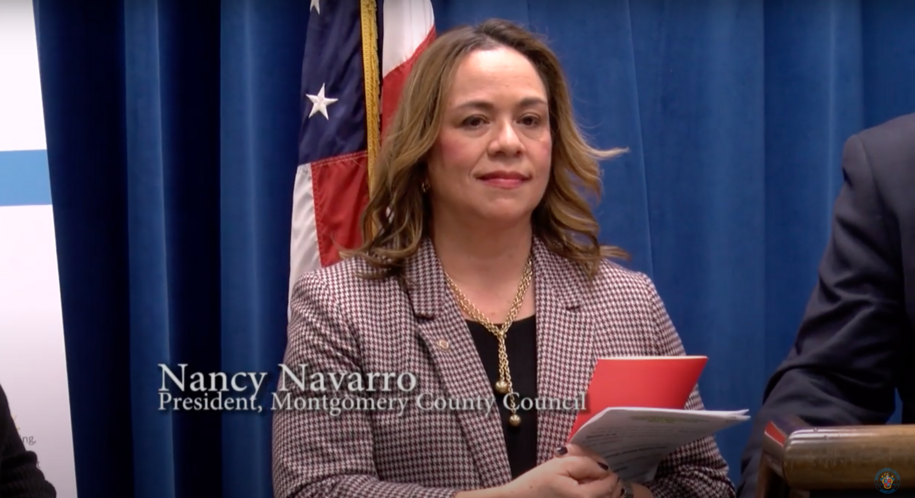 “For me personally, I’ve always had this interesting dilemma in my years of public service, which has been this bizarre disconnect in terms of who we are in Montgomery County,” Navarro said when speaking about the inequalities faced by Black and Latino communities. “We’re still perceived as a totally, we’re like some other hologram of a county that doesn’t look anything like who we actually are.”

While Navarro continued to speak, the two individuals, who allegedly thought they were muted, began talking about her accent and laughing. “I love how her accent comes out and pronounces words like she thinks they’re pronounced,” one person said, referring to her pronunciation of the words “represent” and “hologram.” The woman not only laughed but mimicked Navarro.

The other responded laughing and said: “I heard ‘hologram,’ and I was like, ‘That’s kind of interesting.'” The exchange continued with the first person continuing to laugh and replying, “So cute.” While not identified by name, the two individuals are said to be a county employee and a contractor for Montgomery County Media, according to county officials.

According to WZDC, Navarro, an immigrant from Venezuela, did not even know remarks were made until staffers alerted her when the council broke for lunch. “I was completely in shock,” Navarro told WZDC in Spanish. “We still have these kinds of situations where people really think that it is completely acceptable, and that it is actually a laughing matter, to make fun of someone else’s accent.”

The incident sheds light on the issue of language justice and reform, in addition to the xenophobia immigrants and people of color face. According to census data, one-third of the county’s residents are foreign-born, and over 40% speak a language other than English at home. But despite the number of immigrants in the community, some members still believe mocking accents is okay.

English fluency is often wrongfully measured as a standard of intelligence. When someone can speak multiple languages, their ability to speak English and their accent often deters them from seizing opportunity. Those who obtain success despite the obstacles often face mockery, even by those they call colleagues and peers.

Additionally, the incident sheds light on why the information Navarro shared on the racial disparities people of color face are important. “The data is just there and it continues to just slap us in the face,” Navarro said during the meeting. “And here we are still begging for a mass vaccination site or more vaccines to be allocated.”

According to the Baltimore Sun, Black and Latino residents received 16.2% and 4.1% of COVID-19 vaccination doses in Maryland, even though they make up 31% and 11% of the population. In Montgomery County, while 53% of its white population has been vaccinated, only 8% of the Latino community and 11% of Black residents have been.

In response to the mocking, Navarro noted that while it is “inappropriate,” this incident is not isolated. “What happened to me on Tuesday was not an isolated incident, it fits a pattern of microaggressions and racist acts that wittingly and unwittingly make the workplace, and by extension, our community spaces hostile spaces for people of color,” Navarro told CBS News on Friday.

“Make no mistake, these dysfunctions are deeply ingrained in our county and in our country, racism has become a public health crisis,” Navarro added. “What hurt was that these employees are part of our team, charged with working daily with a diverse team of Council members and staff on initiatives that require a sensitivity to and respect for racial and ethnic differences.”

While Nannette O. Hobson, the CEO of MCM, sent a letter to Navarro noting that the company is “deeply sorry” about the “unfortunate incident,” Navarro has not yet received an apology from her colleagues.

“I have not received a formal apology from the workers directly and I am not expecting one, because this is not about me,” she said. “Folks have used it as an opportunity to affirm my work in the community and that has been comforting. In a sense, this has been a teachable moment for our county. It was meant to happen, and the reactions tell me that something good can come out of this.”

In addition to council members, leaders of the Latino community in Maryland, including Mario Alvarado Villa, president of the local nonprofit INCAEF, were outraged by the incident. “If this happens to Nancy Navarro, who is our highest representative within Montgomery County, imagine what happens to other immigrants,” Villa told WZDC in Spanish.

But Navarro remains optimistic and hopeful. Alongside hoping this incident sparks structural and institutional changes, her message to the community was: “If you have an accent, wear it with pride and keep moving forward. This won’t stop us from achieving our dreams and our goals.”

Officials at Montgomery County’s Office of Human Resources and the U.S. Equal Employment Opportunity Commission confirmed they are investigating the incident. Making fun of accents and other aspects of someone’s identity is not acceptable. Americans must do better to respect the diversity our country has benefited from.