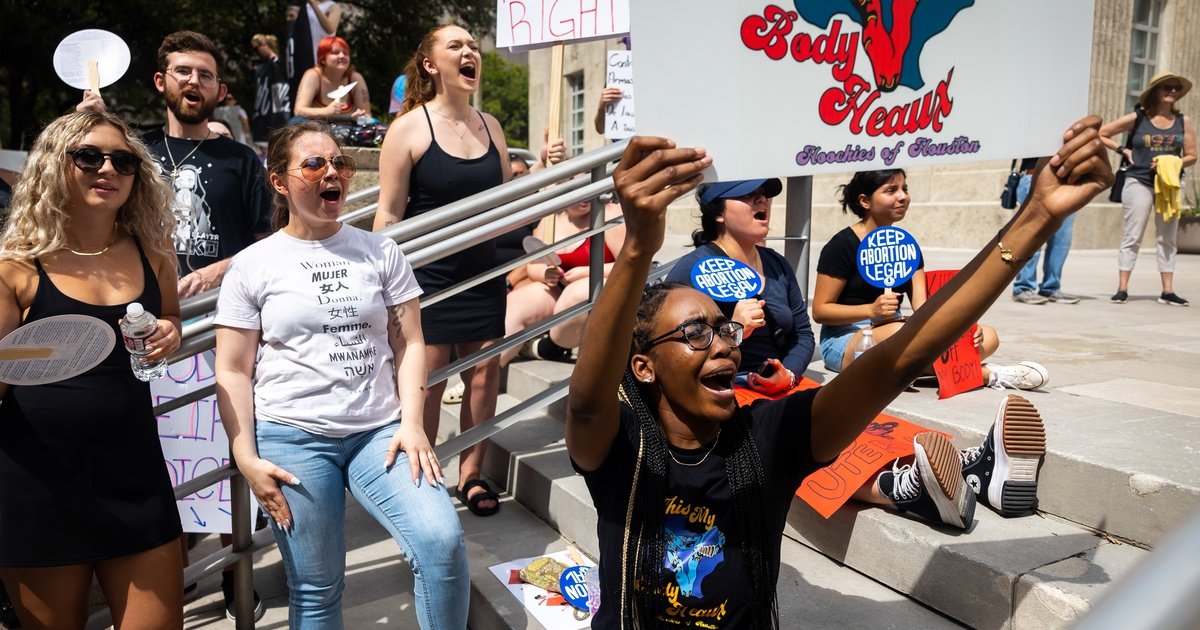 The U.S. Supreme Court’s decision Friday to strike down Roe v. Wade will help further create a single class of Texans able to terminate their pregnancies with little financial hardship: the wealthy.

Even before the ruling, a person living in Texas could expect to spend between $1,000 and $4,000 to cover the costs of obtaining a surgical abortion, shutting out all but the most financially secure residents and cutting off access to an already disadvantaged population of Texans.

Last year, Texas lawmakers banned most abortions beyond about six weeks into a pregnancy, and the state will soon make most abortions illegal starting from conception.

Traveling out of the state or country to obtain abortion services will simply be beyond the reach of many Texans. That includes people who will find it difficult or impossible to leave the state on short notice, if at all; those working in wage-based jobs with no paid time off; those with no access to child care; those living in rural areas with no airports and few options for public transportation; teenagers with little or no parental support; and those without enough in their savings accounts to cover expenses.

“The folks who have the means to pay for child care, transportation, all of those things, perhaps even a person to go with them for support if they need it, are going to be more easily able to travel and obtain the care out of state,” said Dr. Bhavik Kumar, abortion provider at Planned Parenthood Center for Choice in Houston. “A trip for something that can’t be accessed closer to home without the extra cost of travel, lodging, overnight stays, food, gas and all the other things that go with it can be the deciding factor in getting care or not getting care.”

Most disproportionately affected are people of color, who have been most likely to access abortion care and who make up the majority of people who are poor or low income, leaving them in many cases forced to carry unwanted pregnancies to term and increasing the likelihood that they and their children will live in poverty in the future, Kumar said.

“Those who are already on the fringes of our society and barely surviving and hanging on in a difficult economy are not going to be able to come up with the funds to travel to access an abortion,” said Jaylynn Farr Munson, spokesperson for Fund Texas Choice, which helps pay travel costs for Texans seeking abortions. “And so what does that mean for their options to terminate the pregnancy? What does that mean for them and the children they already have, that they now have to parent in a situation that they’re just not financially or emotionally ready to deal with?”

Three-quarters of people accessing abortion are considered poor or low income, and most are people of color, Kumar said. The disproportionate impact will be exacerbated because the Southern states that have promised a total ban on abortion like Texas’ are where the majority of the country’s Black residents live, he said.

Seeking abortion care was already expensive. The typical costs of about $1,000 to $4,000 for expenses include the cost of the actual procedure, which can run from $500 to upwards of $2,500 for a late-term abortion if there is no charity funding available.

The 10-year-old Fund Texas Choice reimburses clients for expenses like flights, hotels, ground transportation, gas and child care expenses, Munson said. Three-quarters of the people who ask them for help are people of color who typically need from $500 to $1,000 in travel costs paid so they can seek abortions outside the state.

Around 50,000 to 55,000 Texans obtained abortions each year from 2014-21. Before that, more than 60,000 abortions were obtained yearly. These totals account only for abortions performed legally in Texas and don’t include people who went out of state or obtained abortion-inducing medication without a prescription.

The majority were before 10 weeks gestation, mostly for patients of color, and those in their 20s. More than half of them had already had at least one child. Most were single.

The exact date that the state’s total ban will go into effect is unknown. Texas Attorney General Ken Paxton clarified that the high court issued an opinion Friday, but not a judgment. A formal judgment could take a month, Paxton said, and after that a 30-day clock will run before the state’s ban becomes law. He said his office will announce the effective date for the law as soon as possible.

Changing the ban to include all abortions, not just those past the first five or six weeks of a pregnancy, means that the number of Texans impacted by the court’s decision will skyrocket, Kumar said.

“We’re gong to see this on a much larger scale, for a lot more people, because the vast majority of abortions are obtained early in the pregnancy,” Kumar said.

In most scenarios, no matter the geographic location, the timing of the pregnancy or the mode of transportation, the travel costs necessary to get from someone’s home in Texas to the nearest or most affordable abortion provider mount quickly.

For instance, a patient in Lubbock, where 16% of people live in poverty, can get an abortion in Albuquerque — the closest and cheapest route — for a $600 flight and an $60 Uber round trip. If that person can spare 20 hours of travel time, they can save $400 and pay $150 for a bus ticket. Driving saves time but costs the same as the bus — as long as the patient has a car to drive.

Those travel estimates, based on advertised prices through airlines and bus companies, are current prices — but they’re expected to continue to increase alongside skyrocketing gas prices and critical staff shortages in the travel industry.

The costs are compounded by the conservative abortion laws in all but one of Texas’ neighbors. Oklahoma bans abortion entirely. Mississippi requires a 24-hour waiting period and, for minors, consent from both parents. Louisiana requires 72 hours.

New Mexico offers full access to abortion services with no wait time. But most of the providers are in the state’s larger cities, like Albuquerque and Santa Fe, which can mean 16-hour bus rides or $500 plane tickets and $60 in ride-share costs to the provider’s facility.

A teen in the Rio Grande Valley has to cross the border to Mexico, if possible, or figure out a way to travel 500 miles away to the nearest facility — which happens to be in Louisiana, where the wait time is likely to rack up well over $100 in hotel charges.

The cheapest round-trip plane tickets to Baton Rouge, Louisiana, are $375 from Edinburg; bus tickets are $200 each way. Flying to Jackson, Mississippi, which has only a one-day wait but requires consent for minors from both parents, costs $500.

Also, as more states ban abortion after the Supreme Court action goes into effect, Munson said, patients will be required to travel farther and likely wait longer for available appointments — increasing the costs as well as the obstacles.

People of color are less likely to have enough savings to cover emergency expenses for a couple of months than their white counterparts, according to recent surveys. They are also less likely to have easy access to birth control, health insurance or child care that would help mitigate costs.

The lack of emergency funds is more prevalent for people between the ages of 25 and 40, with 57% of them reporting no savings or less than three months’ worth, compared with 44% of people between 41 and 56.

Women are less likely than men to have extra cash on hand, with 57% of women unable to cover expenses beyond three months with savings.

A study of hundreds of pregnant patients over a decade found that 72% of those who were denied abortions lived in poverty years later. They also were more likely to be raising children on their own, compared with those who were allowed to get wanted abortions.

The majority of abortions performed in Texas last year — about 30,000 out of more than 50,000 — were for patients in their 20s. People in that age group are also the least likely to have anything in their savings accounts.

About 73% of the people who call Fund Texas Choice for help with travel expenses are Black, Indigenous, Hispanic and Asian — most of them parents already, Munson said.

The fund also hears from people who have a hard time accessing health care not just for financial reasons, she said — such as LGBTQ+ people, clients with disabilities, those who live in rural or small towns, young people with no money of their own, undocumented immigrants and people with limited English proficiency,” she said.

“We are living in a very difficult economy post-pandemic,” she said. “The people who need help paying to get an abortion appointment are people who already have a difficult time paying for health care in general.”