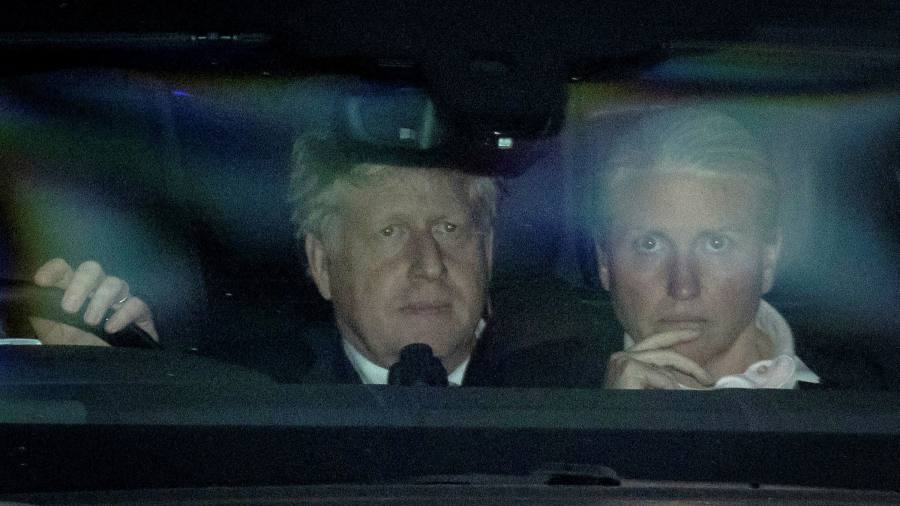 Boris Johnson on Monday night survived a bruising no-confidence vote, but his victory by 211 to 148 in a ballot of Tory MPs left him badly damaged and exposed the scale of the division and animosity in his party.

The result means that more than one-third of Johnson’s MPs wanted to oust the prime minister, leaving him seriously damaged; the revolt was far more serious than Downing Street had expected.

Johnson told MPs that his victory would end months of speculation about his future and that he would now be able to focus fully on policy delivery, holding out the prospect of future tax cuts.

But the vote of no confidence, triggered after more than 15 per cent of his MPs withdrew their support from him, was accompanied by rancour and withering criticism of the prime minister from his colleagues.

Throughout the day Johnson loyalists, including Cabinet Office minister Jacob Rees-Mogg, insisted that a victory by just a single vote would “be enough” to secure the prime minister’s position.

But previous Conservative prime ministers — including Margaret Thatcher, John Major and Theresa May — have won similar challenges to their leadership, only to lose office shortly afterwards.

Johnson’s immediate fate was decided in a secret ballot of 359 Conservative MPs at Westminster; the poll, held between 6pm-8pm on Monday night was organised with only a day’s notice.

Throughout Monday Johnson and his team attempted to shore up his position, with his allies claiming that party donors would abandon the party and leave it “broken financially” if the prime minister was ousted.

Wavering Tory MPs were promised ministerial jobs in an early reshuffle if they stuck with Johnson, while one ally of the prime minister said those who had offered only tepid support, including trade minister Penny Mordaunt, would be fired.

The prime minister promised Tory MPs he would next week make a major speech on a “Plan for the Economy” with Rishi Sunak, chancellor, offering the prospect of future tax cuts.

Johnson, who has been rocked by months of criticism over the partygate scandal, told MPs behind closed doors that the party had to “stop talking about ourselves”.

The prime minister told MPs he did not regret attending leaving parties during Covid lockdowns for members of staff and “would do it again”, comments that surprised some in the room.

“The way out now is to drive supply side reform on Conservative principles and to cut taxes and to drive investment in the UK,” the prime minister said. Johnson reminded his MPs he was a proven election winner.

But many Tory MPs returned to Westminster after a week’s recess — during which they met voters furious with Johnson’s conduct as prime minister — determined to end his premiership.

Jesse Norman, a former Treasury minister, condemned a culture of “casual lawbreaking” in Downing Street, accusing Johnson of stoking divisions in society and adopting an “ugly” policy of deporting migrants to Rwanda.

Jeremy Hunt, a former cabinet minister with ambitions to succeed Johnson, called for the prime minister to go. Nadine Dorries, culture secretary, retorted: “You’ve been wrong about almost everything, you are wrong again now.”

Johnson’s victory has bought some breathing space but tensions are high. The Conservatives are later this month defending two seats in perilous parliamentary by-elections — Wakefield and Tiverton and Honiton — and criticism of his leadership is unlikely to go away.

One minister said: “Anyone who thinks this will draw a clear line in the sand is wrong. All the people who were unhappy with Boris will still be unhappy. It just makes us look divided, which we are,” he said.

“There’s already blood all over the carpet and I can’t see why anyone would take over the party right now when there’s a civil war and there’s blood everywhere. They would be remembered as the person who took us into the next general election and lost our 80-seat majority.”

A YouGov poll on Monday found that 42 per cent of Conservative members wanted to remove Johnson, while 53 per cent disagreed.

Opponents of Johnson warned that his internal critics would not give up. One influential rebel said: “If he clings on, it tips rebels into guerrilla warfare as they know they have to kill not wound him.”

Rebels have discussed blocking government legislation or securing a change to party rules to allow another early confidence vote; current rules state that Johnson cannot be challenged again for another year, but senior Tory MPs say they could be amended.