We need to talk about anger 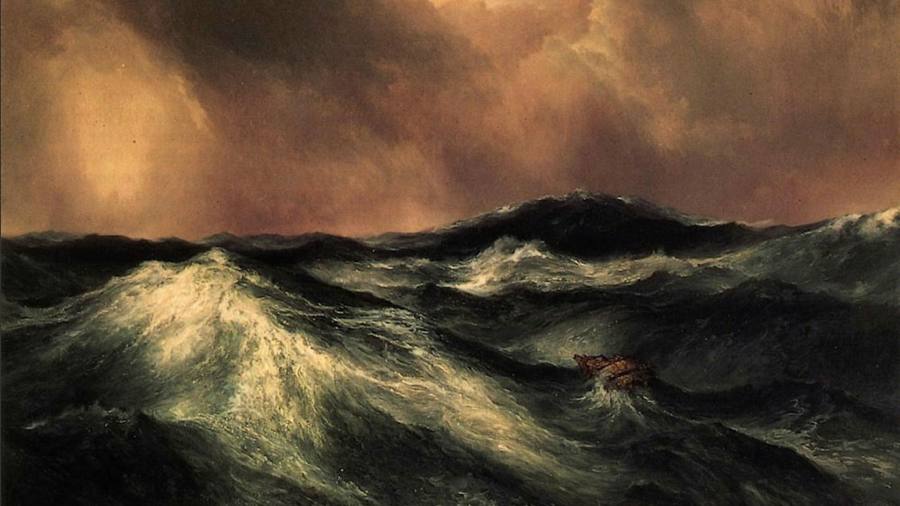 I’ve been thinking lately how, with all that’s been going on in the world in the past few years, we seem to have found ways to acknowledge collectively a range of emotions we might otherwise have kept to ourselves. It feels like there have never been more books, articles, social media posts and talk-show discussions about our grief, our sadness and our fear. And many of us have found some way to own those feelings in socially acceptable ways.

But it’s also been hard to ignore the sense that violence is ticking up here in the US, from the recent Brooklyn subway attack to the steady occurrence of hate crimes against Asian-Americans, to the attack on the Capitol last year. It makes me wonder if we are talking enough about the emotion of anger. Perhaps we hesitate because many of us assume that anger is something we should try not to entertain. But in truth, it is an emotion we all feel at some point, and one that always needs a release. When we fail to pay attention to it, it usually ends up expressing itself in inappropriate ways.

The 19th-century painter Thomas Moran was known for his sublime, dramatic depictions of the landscapes of America. He imbued his work with an aura of the divine and a sense of overwhelming grandeur. His 1911 oil painting “The Angry Sea” is arresting in its evocation of the turbulent nature of anger. The clouds are dark but glow in patches, as if the air itself were still simmering, timing its next outburst. The whitetops rising amid the blackened waves conjure up the notion of white-hot emotion. One can almost hear the water bellowing.

The painting is glorious and terrifying all at once. Yet, as destructive and frightening as this scene may be, what strikes me is also how inevitable it is. Sea storms are caused, in rudimentary terms, by a combination of heat, rising air, and friction between the wind and the water’s surface. They are a normal and expected occurrence. (Their degree, frequency and intensity are affected by the climate crisis, but that’s another article.)

Our experiences of anger are also usually a result of multiple factors coming together, often in ways we may not have anticipated, hence the idea of being triggered by something, set off seemingly inexplicably. It can be alarming and dangerous because in the midst of it, people can experience a lack of control, and even reason.

None of this is an excuse for the things we do when we are angry. But it doesn’t mean our anger is bad, per se. Anger is a normal emotion. Many mental health practitioners and therapists label it a “secondary emotion”, understanding it to be the effect of a prior feeling. You could see it as a safety valve, which signals to us that something we are experiencing requires our attention. Really, it’s how we deal with anger that justifies the labelling as good or bad.

There is something beautiful and cathartic in Moran’s painting, in seeing a storm express its full raging intensity. It is not a good or a bad storm. It is just a storm. It makes me wonder what it would be like to have more safe places for people to express their anger: to let it all out, and then begin to get to the bottom of it.

As someone who has a difficult time watching action movies because of the violence, I am strangely drawn to the 1909 painting “Both Members of This Club”. The artist George Bellows, who depicted the rougher edges of New York at the turn of the century, was drawn again and again to the boxing ring. This painting is of a black and a white boxer in the midst of an impassioned prizefighting match. The black fighter has lunged over and is locked with the white fighter, who seems about to lose his footing. Quick strokes of pink paint expose the white fighter’s impending defeat. The frenzied crowd is also a brushed blur of faces with the occasional exposed grin.

Boxing is an arena in which violence is sanctioned and celebrated. The first time I saw this painting I was immediately captivated by the almost palpable primal energy of the fighting men. This painting was made when prizefighting was illegal in the state of New York, and bouts could only be fought in private clubs in which both fighters were members (hence the title of the painting). The boxing ring was one of the few places where black and white men could meet as equals, and in 1908, a year before Bellows painted his picture, the American Jack Johnson became the first black heavyweight boxing champion after defeating the white Canadian Tommy Burns. Though the figures in this painting are unidentified, it carries the weight of that history.

Even outside the boxing ring, we often connect primal anger with physical violence. But we’re not so quick to recognise and reflect on how our words and how we communicate can also be considered violent expressions of anger. When we find ourselves angry at something or someone, we owe it to ourselves and others to try and get to the real question: what other emotions or feelings might be at play in our manifestation of anger. Anger is so often a cover for some other, more vulnerable emotion.

The Norwegian-Nigerian artist and sociologist Frida Orupabo understands anger, specifically female anger, as a necessary emotion to acknowledge and as a tool to motivate change and create new narratives. Aware of the power of images to teach and condition individuals and societies, she creates both video installations and collages. Using mostly digital images of black female bodies from academic, medical and scientific resources, pop culture and old photos (sourced largely from colonial archives), she fashions new images of black identity.

Her art gives a renewed perspective to the black women who have often been fetishised or dehumanised. Her work seeks to honour black women’s anger while refuting the stereotype of the angry black woman, and the traditional racialised white gaze. But the work also allows for the conflicting reality of how beauty and terror, vulnerability and power can seamlessly overlap in narratives.

Her 2022 piece, “The Angry One”, is included in her current solo exhibition, Closed Up Like a Fist at Nicola Vassell Gallery in New York. Part of a larger project exploring the generational trauma and survival strategies of black girls and women, this image shows a young black girl poised defiantly, staring straight at the viewer. Under one foot is a doll with a separate black and white head attached to each end of a shared torso. One immediately thinks of the 1940s “doll tests”, which showed the damage done by segregation: black children from segregated schools were more likely to ascribe positive qualities to a white doll than a black doll.

The girl has a white pilgrim collar collaged over her blocky chest. She is wearing a pair of red underwear, her legs exposed down to her bare feet. Her arm is disfigured, cut off at the wrist where it melds seamlessly into the small bag she carries. Her gaze is angry and piercing, as if daring the viewer to try to subdue her or take advantage of her body, mind or soul. And yet there is still a marked vulnerability, amplified by the presence of the doll. We remember this girl is still a child.

The way anger may be tolerated and even encouraged seems connected to who is getting angry, across gender, racial and status divides. Girls and women over the ages have been conditioned to think about their anger as inappropriate: as hysteria, as madness, as problematic. The result has been a tendency to repress, question or feel guilty about our anger, but also to be punished for it in ways that range from the mundane to the horrific. Yet sometimes recognising and owning anger is what awakens women to a consciousness that can lead to new agency.

Whether we feel guilty about being angry, or feel entitled to it, we seem to struggle with the emotion. Yet anger seems to always find a way out. We need to find healthy ways to own it, understand it and release it.

Charles de Gaulle said the French were ‘ingouvernables’. Do the country’s widening divisions prove him right?

No taxes. No welfare. The newcomers saw Sark as an Ayn Rand-style haven. What they found was quite different

The new order of St Barths