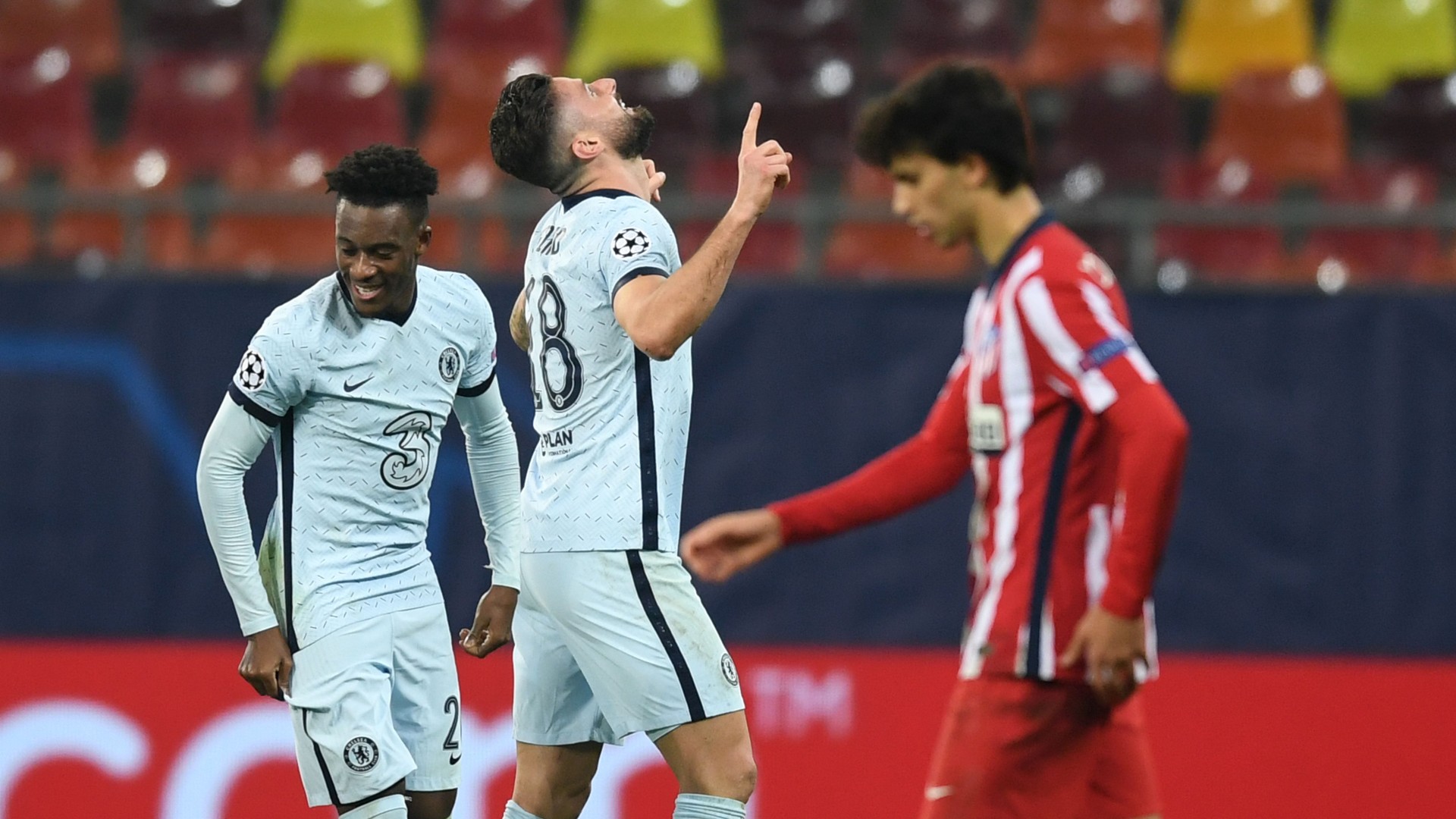 Olivier Giroud says Chelsea came into Tuesday’s clash with Atletico Madrid with their eyes on winning, even if it was an away leg at a neutral site.

The Frenchman says that was always Chelsea’s intention, as the Blues were looking to have an edge heading into the second leg at Stamford Bridge.

“We came here with strong intentions to win the game, play our game and we know how we could give them trouble offensively,” he told BT Sport. “We have been strong at the back in the defensive shape and very pleased with the win, it was a deserved win tonight.

“We know the importance of the away goal in European cups so that is why I was pleased to help the team win the game, we managed it well and we were confident but faced a great team and I think we were very committed and knew their main strengths. We dealt with it but we have to stay focused and complete the job.

“Not overconfident, we were confident in our qualities in the game. I did not know what to think about the goal, I just focused on hitting the overhead kick and was pleased to see it go in the back of the net, I had no clue about being offside, Mason Mount said he did not touch the ball. Good for the team, good for me.”

Giroud on his goal

The Frenchman’s goal was not without a bit of a wait, as Giroud and Chelsea were forced to be patient during a VAR review.

Mason Mount’s initial foray into the area resulted in a mishit clearance from Mario Hermoso, who fired the ball into the air behind him.

Giroud was awaiting in what would have been an offside position but, thanks to the touch from Hermoso, was free to smash an overhead kick, and ultimately seal the win.

“I told Mason [Mount] that I was going to blame him if I was denied the goal,” Giroud told RMC Sport. “Because he touches the ball just before when I can have it and finish before if he lets me, but we are not going to be choosy. I am very happy to see the ball in the net and especially that it is not offside.

“It’s great for me and the team. The wait? With VAR, you have to keep the faith and be patient. It was a long time, but it was an important decision. It’s weird to celebrate three minutes later.”

With the 1-0 lead in their back pocket, Chelsea will now head into the second leg with a major edge.

The two sides will face off once again at Stamford Bridge on March 17 with a spot in the quarter-finals on the line.

Before that, though, Chelsea face some massive matches in the Premier League as they’ll take on Manchester United and Liverpool within the next two weeks.

U.S. to open program to replace Huawei equipment in U.S. networks By Reuters

Daniel Goldman Calls For A Criminal Investigation Into Trump | MSNBC