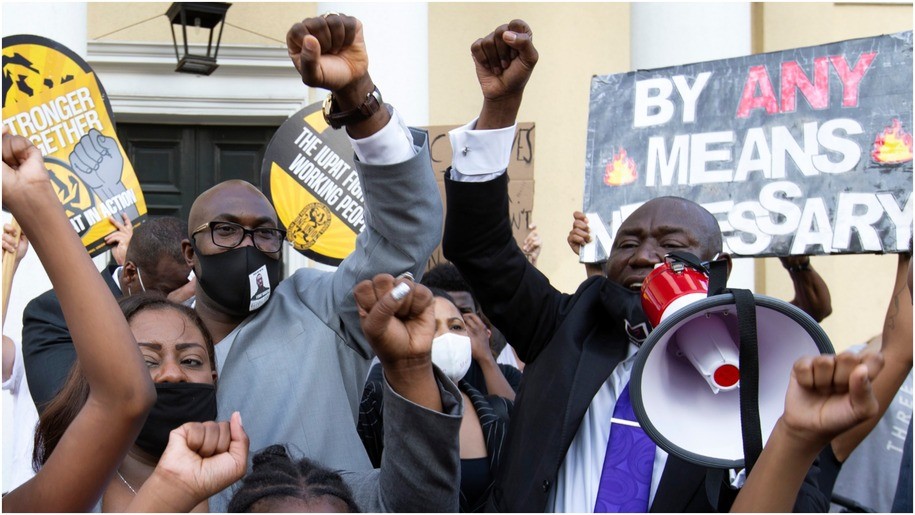 A judge initially determined the charge of third-degree murder should be tossed out in the case, but the state won an appeal allowing trial Judge Peter Cahill to reconsider the charge. Chauvin’s attorney, however, announced in court on Monday he would be bringing the matter before the Minnesota Supreme Court, much to the surprise of state prosecutor Matthew Frank. “We won’t know exactly what the charges are if we now go forward and start picking the jury,” Frank said in court. “So this court would be making decisions about jurors for a trial about which we don’t know what the exact charges are going to be yet. And that jeopardy, once it attaches, that clearly cannot happen.”

Cahill ultimately sided with the defense and decided to move forward with the trial. However, he did allow the state a day to file its motion with an appeals court to overturn Cahill’s decision. “Unless the Court of Appeals tells me otherwise we’re going to keep going,” Cahill told attorneys, according to ABC News.

On Tuesday, that forward movement came in the form of the court hearing its first potential juror, a mother of three originally from Mexico, the Associated Press reported. Chauvin’s lawyer, Eric Nelson, initially tried to have the woman removed because he wasn’t convinced of her English proficiency, the news service reported. When that didn’t work, he used one of 15 allotted challenges to dismiss her without cause. The woman had described Chauvin remaining on Floyd’s neck even after he said he couldn’t breathe as “not fair.” She added, “We are humans.” After Chauvin’s defense also ruled out a Hispanic man as a potential juror, the court allowed the first chosen juror to be a chemist who advocated for community policing and believes “all lives matter equally,” USA Today reported.

It’s no wonder Reid admitted she is “cynical” about the court’s ability to decide cases like this one. George Floyd’s brother, Philonise Floyd—who appeared on her show along with Crump—said it’s like Chauvin intended to kill George. Philonise cited as an example a moment in the detainment when an emergency responder tried to help. Police would not allow the aid, Philonise said. “And my brother laid there with his face down in a prone position, blood dripping out of his nose,” Philonise said, “and he was steady saying that he couldn’t breathe, and the officer, he didn’t care. Nobody cared.” A firefighter who asked officers to check George Floyd’s pulse on the scene will be allowed to testify at Chauvin’s trial, the AP reported.

George Floyd’s brother Philonise and I spoke with Joy Reid on @MSNBC, about the Derek Chauvin trial & our hope that the selection of jurors reflect the changing tide of American attitudes with reform to the criminal justice system! pic.twitter.com/faWD6xlEps

Biden meets with leaders of Canada and Mexico