Watchdog says ICE may have deported up to 70 U.S. citizens, arrested hundreds more in recent years 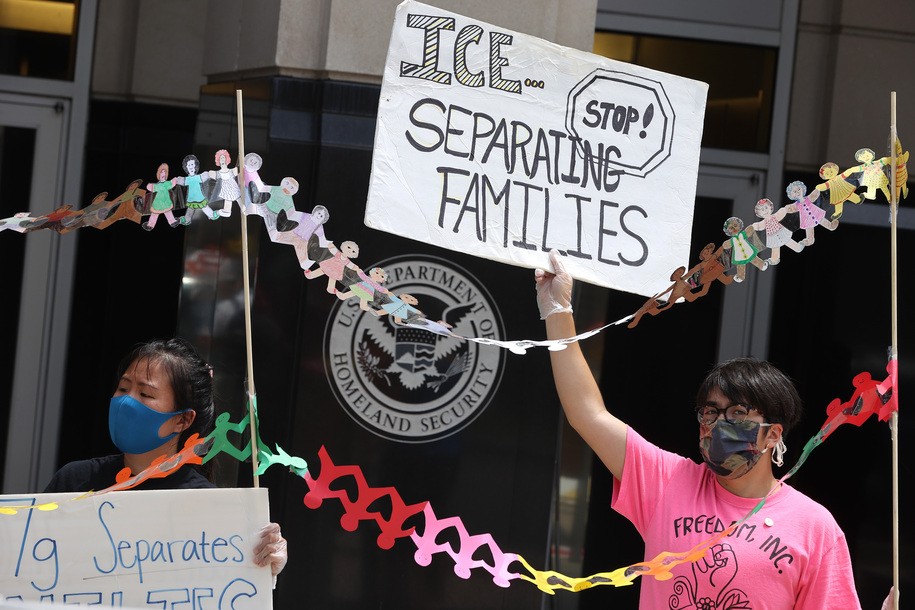 The GAO said in its findings that it conducted this investigation after U.S. citizens “claimed that they were mistakenly detained or removed by ICE and held by CBP on administrative immigration charges. Such charges are based on civil violations of U.S. immigration law, but these charges are not applicable to U.S. citizens.” Per findings, “ICE data indicate that ICE arrested 674, detained 121, and removed 70 potential U.S. citizens from fiscal year 2015 through the second quarter of fiscal year 2020,” the GAO said.

In just one example back in 2019, then-18-year-old Francisco Erwin Galicia was wrongfully jailed in two different immigration detention facilities in a period spanning nearly a month. He said officials tried to torment him into signing a paper agreeing to be deported. “They said they were going to charge me,” he told MSNBC’s Chris Hayes following his release, “they would insult me so I would sign my deportation order, and well, it was all psychological damage.”

The GAO said “ICE policy requires officers to interview individuals claiming U.S. citizenship in the presence of, or in consultation with, a supervisor, but its training materials direct officers to end questioning if the officer believes the individual and the evidence suggests the individual is a U.S. citizen—without consulting a supervisor.” Galicia had shown documents proving he was U.S.-born. Officials detained him anyway.

“Studies have repeatedly shown that both ICE and CBP have a documented history of racial profiling and racism among their ranks,” Immigration Impact reported. “Consequently, people of color are often the target of these unwarranted immigration enforcement actions.”

In another example the year prior to Galicia’s detention, ICE worked with the Monroe County Sheriff’s Office to try to deport U.S.-born Florida resident Peter Sean Brown to Jamaica. Brown, according to the American Civil Liberties Union, had never even heard of ICE before. When he protested that he was born in the U.S. and asked to be able to show his birth certificate, the sheriff’s office “ignored him entirely. None of them helped him cancel the detainer or even looked into his claims, even though the jail’s own records listed Peter as a U.S. citizen. Many officers even mocked him, telling him in a Jamaican accent that everything was ‘gonna be alright.’”

Immigration Impact notes that one U.S. citizen, New Yorker Davino Watson, was detained by ICE for three years. No one, regardless of immigration status, should be subjected to those conditions. ”Despite this clear violation of ICE’s protocol, an appeals court found that Watson was not entitled to any financial compensation for his unjust arrest and detainment. The statute of limitations had expired.”

“Watson’s devastating experience is one out of the thousands of unjust immigration enforcement actions that occur every year—to both U.S. citizens and non-citizens alike,” Immigration Impact concluded. “ICE and CBP must update their systems to better track citizenship investigations before more people are wrongly targeted for arrest or removal.” But going beyond that, the Biden administration must also address systemic abuses by ICE and CBP.