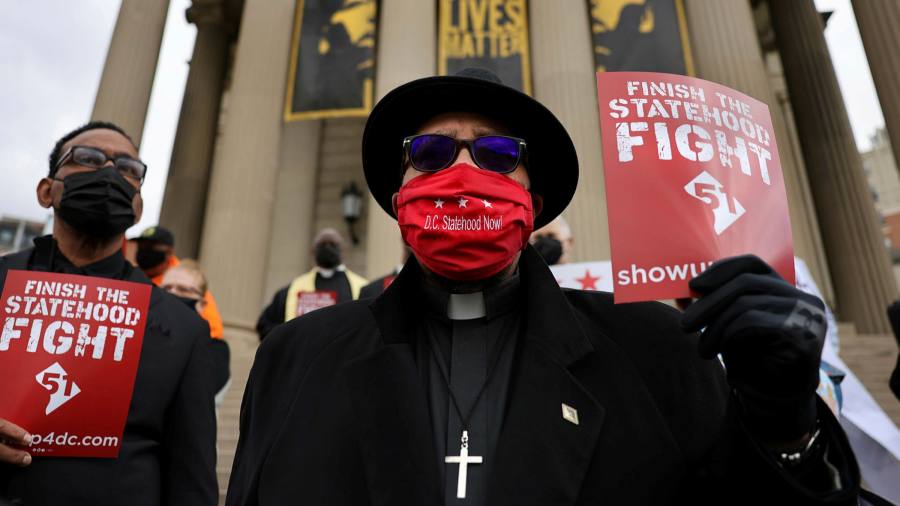 The US House of Representatives has approved a historic bill that would admit Washington DC as the 51st state and give the nation’s capital full representation in Congress.

The Washington DC Admissions Act passed the Democrat-held House on Thursday along party lines, 216-208, in a victory for Democratic lawmakers who say residents of the nation’s capital lack fair representation in Congress.

But the bill is probably dead on arrival in the upper chamber, which would make it the latest in a list of progressive priorities, including tighter gun laws and sweeping voting reforms, with little chance of overcoming Republican opposition to become law.

Democrats control both the House and the Senate, but filibuster rules require the support of 60 senators in the 100-member upper chamber in order for a bill to advance — a difficult hurdle to clear when the Senate is split 50-50 between Democrats and Republicans.

Joe Biden, the US president, has been reluctant to embrace progressives’ calls for Democrats to scrap the filibuster. Democratic senators Joe Manchin from West Virginia and Kyrsten Sinema from Arizona have also said they were against getting rid of it.

DC statehood has long been a cause célèbre with progressives and residents of the nation’s capital, where about half of the population is African-American and voters are overwhelmingly more likely to choose Democrats than Republicans. Republicans say the move would violate the constitution, and accuse Democrats of launching a power grab to boost their numbers on Capitol Hill.

The US constitution allowed for the creation of a federal district, and the 23rd amendment, adopted in 1961, gave the city three Electoral College votes in presidential elections.

But Washington DC has never had voting representation in Congress, despite having over 700,000 residents — more than Vermont and Wyoming — and paying more in federal taxes per capita than any state.

The city is represented in the House by Eleanor Holmes Norton, a Democrat who is a non-voting delegate. It has no senators.

Norton first introduced a bill to make Washington a state almost three decades ago, in 1993. That measure failed, 277-153, garnering support from less than half of Democrats and just one Republican.

However, support for making the capital the 51st state has grown in recent years, both among lawmakers and the general public. The cause has gained momentum in recent months alongside the Black Lives Matter movement, as well as Democrats’ victories in winning back the White House and the Senate. Last year, the House passed a similar statehood measure that died in the Senate, then under Republican control.

Public opinion polling shows Americans are divided on the issue. A Fortune poll in January found 49 per cent of Americans favoured DC statehood, while 45 per cent were opposed.

Republican lawmakers, including Mitt Romney and Adam Kinzinger, have in recent weeks suggested alternatives to full statehood, including absorbing Washington DC into the neighbouring state of Maryland, or allowing Norton to become a voting member of the House.