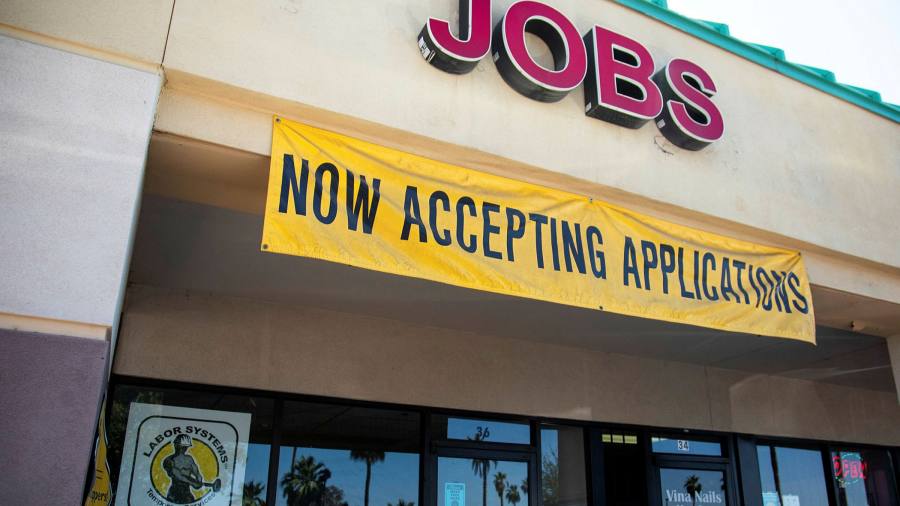 Wall Street stock markets wavered but remained close to record highs ahead of US jobs data on Friday that could pile pressure on the Federal Reserve to rethink its ultra-supportive monetary policies.

The S&P 500 slid 0.3 per cent in early dealings. However, it remained just below its all-time high achieved late last month following a long rally supported by the Fed and other central banks unleashing trillions of dollars into financial markets in pandemic emergency spending programmes.

The technology focused Nasdaq Composite index, which is stacked with growth companies that are sensitive to changing interest rate expectations, fell 0.7 per cent. Europe’s Stoxx 600 lost 0.3 per cent, but was also hovering just below its record high reached in mid-April.

With the US economy now closing in on recovering losses incurred by coronavirus shutdowns, economists expect the US government to report on Friday that the nation’s employers created 1m new jobs in April. Investors will scrutinise the non-farm payrolls report for clues about possible next moves by the Fed, which has said it will continue with its $120bn a month of bond purchases until the labour market recovers.

Up to 1.5m jobs would “not be enough for the Fed to shift”, analysts at Standard Chartered said. “Between 1.5m and 2m, there is likely to be uncertainty on Fed perceptions.”

Monica Defend, head of research at Amundi, said the fact that US and European stock markets were trading around record highs was “concerning”. The current market narrative of economic recovery and rapidly improving corporate earnings, boosted by supportive monetary policy, “has become too complacent”, she said.

The 10-year Treasury yield, which was steady at 1.57 per cent on Thursday and sets the tone for global borrowing costs and stock market valuations, was “inconsistent with a US economy that is recovering at such a pace”, she added.

“If it is orderly, then you can expect a gentle continuation of this year’s stock market rotation” from lockdown beneficiaries such as technology shares into economically sensitive businesses such as oil producers and banks, Lee said. “If it is disorderly, it will be a case of ‘sell what you can’.”

On Thursday, the Bank of England upgraded its growth forecasts for the UK economy but stopped short of following a move by Canada to scale back its asset purchases.

The BoE maintained the size of its quantitative easing programme at £895bn, while also keeping its main interest rate on hold at a record low of 0.1 per cent. It added that while its asset purchases “could now be slowed somewhat” after it became the dominant buyer of UK government debt last year, “this operational decision should not be interpreted as a change in the stance of monetary policy”.

The dollar, as measured against a basket of trading partners’ currencies, weakened by 0.4 per cent. The euro gained 0.5 per cent to $1.206.