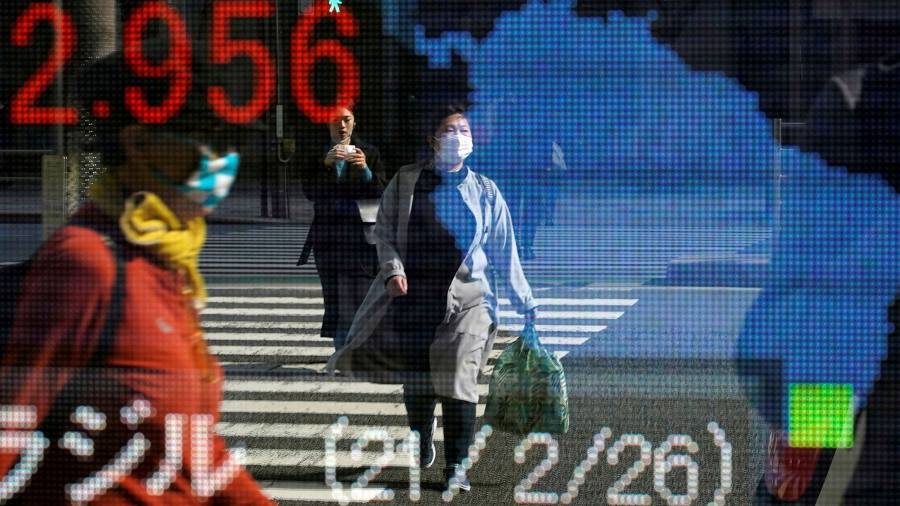 Asia-Pacific shares rose as global sentiment brightened in the wake of a rebound on Wall Street led by big technology stocks including Tesla, Apple and Amazon.

China’s CSI 300 index of Shanghai- and Shenzhen-listed stocks climbed 1.3 per cent on Wednesday morning, rebounding from a fall of about 2 per cent the previous day.

Japan’s Topix added 0.2 per cent while Hong Kong’s Hang Seng index rose 0.9 per cent as state-run China Telecom advanced as much as 9.8 per cent after announcing plans for a second listing in Shanghai.

The gains in Asia followed a relief rally in the US as investors snapped up shares hit by a sell-off in the previous session, shrugging off concerns that rising Treasury yields could undermine historically high valuations.

The tech-focused Nasdaq Composite closed up 3.7 per cent in its best one-day performance since November a day after the dropping into correction territory. Shares in Tesla rose 20 per cent, while Apple and Amazon each gained about 4 per cent.

Recent declines have been dominated by an investor shift away from Big Tech companies and other so-called growth stocks that have performed well during the pandemic in favour of more economically sensitive shares such as banks and airlines that are poised to benefit from the improving global outlook.

“Equities are performing in a manner that we thought was plausible with the rotation towards value [investing],” said Tobias Levkovich, chief US equity strategist at Citigroup. “We contend that this could continue as the economic data improves and inflation numbers worry [Wall Street].”

US government debt also extended its rebound on Tuesday, with the 10-year US Treasury yield falling about 0.05 percentage points to 1.537 per cent. Yields fall as bond prices rise.

Treasuries were little moved in Asia trading, but investors were looking ahead to a Treasury department auction on Wednesday of $38bn of 10-year notes, followed by a sale of $24bn in 30-year bonds on Thursday. Some analysts have expressed concern over a lack of demand for incoming supply in the world’s largest government bond market.

Futures tipped US shares to edge down when trading begins on Wall Street, with the S&P 500 expected to drop 0.3 per cent. The FTSE 100 was set to fall 0.5 per cent.