‘Voting with their feet’: China’s wealthy look to leave after Shanghai lockdown 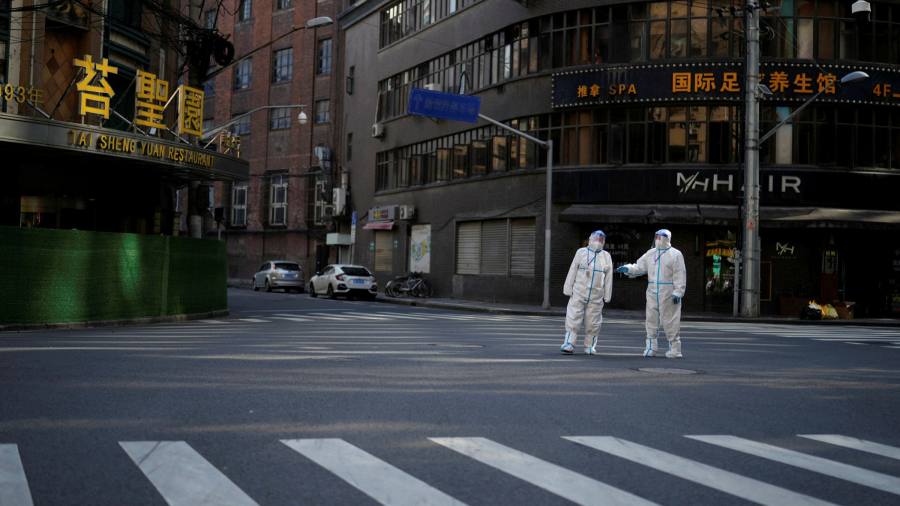 Requests for help have risen sharply this month, according to more than a dozen consultancies, following an outbreak of the Omicron coronavirus variant that led authorities to impose severe restrictions.

Related keyword searches have also soared, with WeChat recording an almost seven-fold jump for “immigration” since the beginning of April, according to the WeChat Index, a public monitor that measures search popularity on the social media platform.

Immigration consultants said clients who had postponed or cancelled plans to move over fears of contracting the virus or encountering hostility abroad had revived efforts to leave.

“The authorities are making people sacrifice their basic needs to fight a disease that’s a bit more severe than seasonal flu,” said James Chen, a Shanghai-based consultant. “Our clients chose to vote with their feet.”

“I have had so many inquiries over the past few weeks that I couldn’t reply to them in a timely manner,” said an agent at QWOS, a Shanghai-based immigration services company, who received more than 200 requests on Saturday.

Lucy Wang, the owner of an immigration consultancy in the south-western city of Chengdu, said she was working 12 hours a day fielding client requests. “I haven’t been so busy for many months,” she said.

Residents in Shanghai have become increasingly frustrated with the restrictions. Many have reported difficulty accessing basic necessities including food and medicine and small protests broke out in the city last week.

Criticism of the strict measures has been quickly scrubbed online, as Beijing has intensified propaganda efforts to drum up support for its zero-Covid policies.

Shanghai has reported more than 350,000 Covid-19 cases since March but medical experts have questioned the reliability of the official data. Authorities said on Monday that three elderly people with underlying health conditions had died with Covid, the first official fatalities in the city during the current outbreak. Just 38 per cent of Shanghai residents over the age of 60 are fully vaccinated.

“I have never thought about being confined to my home for many days without enough to eat,” said Jane Wang, a 38-year-old Shanghai-based marketing researcher who contacted QWOS after more than four weeks of home quarantine.

“What happened in Shanghai made me feel insecure,” she added. “I want to live in a place without worrying about being quarantined arbitrarily.”

Long-favoured destinations such as the US and Canada have lost some appeal for emigrants because of deteriorating relations with China. Countries that have maintained better ties with Beijing, such as Singapore and Ireland, have gained in popularity, consultants said. 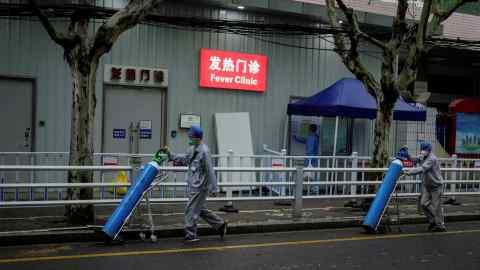 “I don’t feel welcome in the US when American politicians and media outlets keep saying negative things about China,” said John Li, a Beijing-based engineer who gave up his dream of moving to San Francisco and paid agents Rmb40,000 ($6,300) last week to obtain a Singaporean residence permit.

“I want to move to a country where Chinese people are respected.”

But experts cautioned that factors including international travel restrictions and a lack of work opportunities could keep China’s disgruntled middle class from leaving.

“One who wants to reside in another country has to be accepted by that country and go through a complicated admission process,” said Cong Cao, a professor at the University of Nottingham Ningbo. “The current situation in Shanghai and many other Chinese cities may accelerate the exodus of some affected middle-class families but it’s too early to say whether it becomes a trend.”

Additional reporting by Maiqi Ding in Beijing, Gloria Li and Andy Lin in Hong Kong and Eleanor Olcott in Taipei

Conservatives are too keen on money to win the culture war