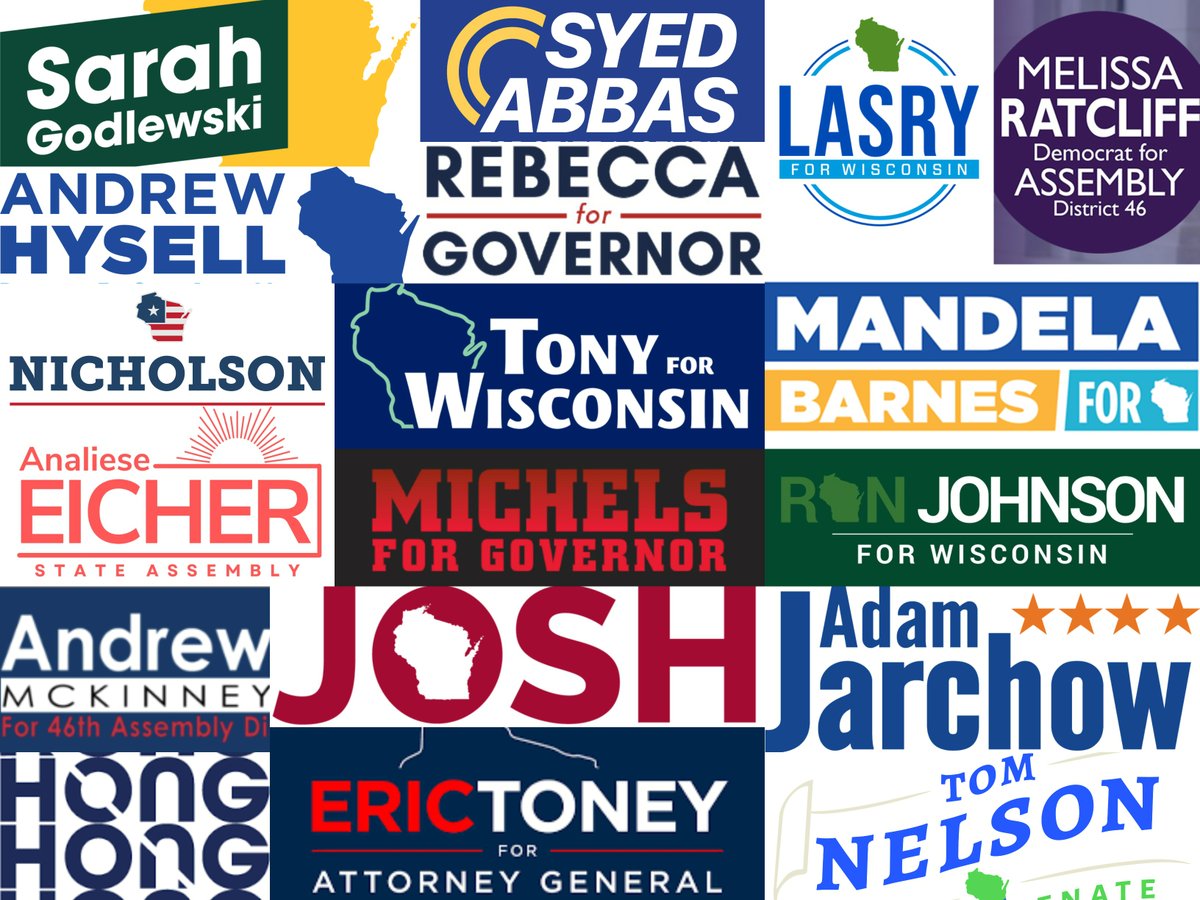 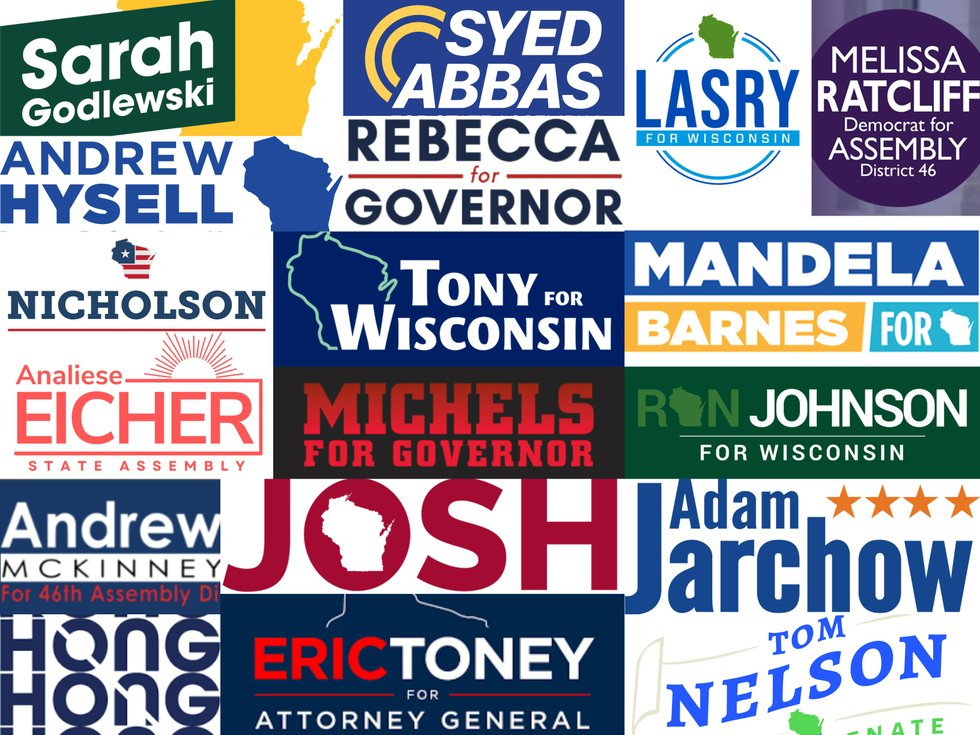 There are a number of hot primary races in Wisconsin on both sides of the aisle that will be decided Aug. 9. The general election is less than six months away and promises to attract nationwide attention. So before election season really heats up, let’s judge these politicians on something that’s — admittingly — a terrible reason to vote for a candidate: Campaign logo design!

Are there more serious issues to consider in our democratic progress? That goes without saying. No reason we still can’t have some logo-appreciating fun.

You can tell some things about a candidate by their campaign logo. The good ones communicate values, priorities and personality. You may find yourself drawn — at least aesthetically — to a logo design for a candidate you’d never support. That’s the mindset we are hoping you have when selecting your favorite campaign logo in the following four categories:

Before you cast your vote for your favorite campaign logo, Isthmus has some observations to offer:

To cast a ballot for your favorite campaign logo hit the VOTE button below and the online ballot box will pop open. Don’t forget to hit SUBMIT at the very end. To see the results of this informal poll click here or hit the button link at the end of the ballot.

Please note: A few of these campaign logos were not easy to find (we’re looking at you Secretary of State Doug La Follette and Fitchburg Mayor Aaron Richardson). We only included Assembly candidates registered with the state as of May 18 and with a campaign logo somewhere online. The order the logos appear on the voting platform is randomly generated. Happy voting!