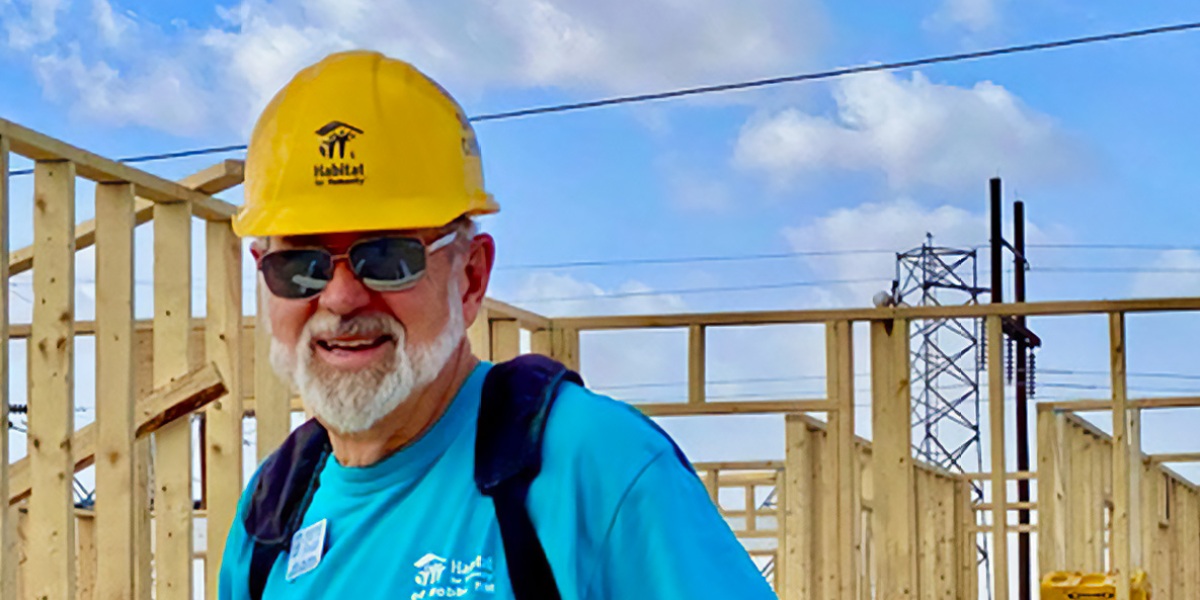 For Fields, it’s the latest expression of a passion for volunteer service that’s shaped his life. He discovered his zeal for volunteering at age 15, working for his local Red Cross chapter and volunteer fire department and rescue squad.

Although he originally planned to go into medical research, his volunteer work inspired a change of direction. “I found I had a knack for working with people,” he says. “I spent a couple of summers working with the Mexican national Red Cross society, helping them develop programs for youth.” That led him to stop and rethink his plans.

After graduation, followed by military service in Vietnam, Fields married, got a master’s degree in international management from UC Berkeley, and spent much of his career helping to start and run manufacturing facilities around the world. On his return to the US, he began working as a management consultant and part-time teacher.

Fields and his wife, Alma, started volunteering for Care-A-Vanners shortly after purchasing a small motor home in 2014 and have been building two to four months a year ever since. They have been involved in 25 builds, with projects in California, Montana, Colorado, New Mexico, Texas, and Florida—each lasting a week or two.

The work offers multiple rewards. “One of the fun things about being a volunteer builder is that you are a wide-spectrum worker,” he says. “You don’t just do carpentry work or just lay floor. I’ve set cabinets, put in countertops, put in tile in the bathroom, set trusses. I’ve put roofs on, made fences, laid sod, swept the floors—just about everything you can think of.”

But the best part, he says, is being able to go back to a home they’ve helped build and see kids playing in the yard. “So many of the families come from housing situations where the kids don’t dare go outdoors,” he says. “And all of a sudden, here they are—they’ve got their tricycles, they’re screaming up and down the street, they’re playing with their dogs. That to me is the most rewarding.”

Free the female-presenting nipple and other TC news • TechCrunch