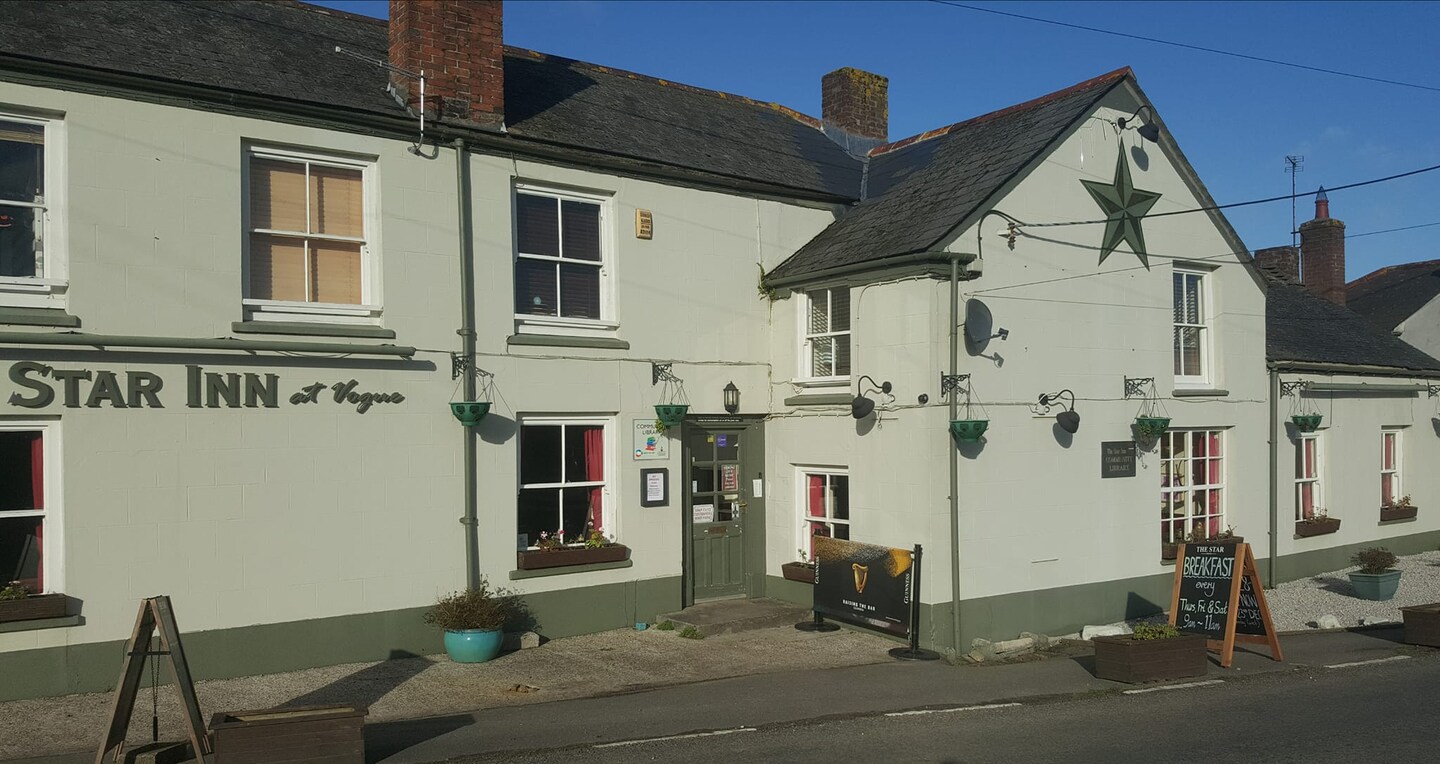 Mark Graham, the owner of a pub called the Star Inn at Vogue, was opening his mail in March when he came across a letter that was swankier than the rest. It was from a company called Condé Nast, which he had never heard of.

“Dear Sirs,” read the March 1 letter signed by the company’s chief operating officer: “Our company is the proprietor of the Vogue mark, not only for its world-famous magazine first published in November 1916 but in respect of other goods and services offered to the public by our company.”

The letter said people might make a connection between Graham’s pub and Condé Nast’s Vogue brand, and Graham should consider changing his bar’s name “to avoid problems arising.”

“My first reaction is that my customers were having a laugh,” Graham told The Washington Post.

But the pub owner looked into Condé Nast and realized the company — which publishes glossy magazines and raked in $2 billion in revenue in 2021 — was very real. And it became clear to Graham: “They were absolutely serious.”

Vogue is a village in St. Day parish, home to roughly 4,500 residents in England’s southwestern county of Cornwall. Graham said it’s a place where horses and sheep graze in open fields, and a stream runs past his pub. Everyone knows each others’ names in Vogue, Graham said, and they’ll say hello even if they don’t.

Graham and his wife, Rachel, have owned and lived above the pub for 17 years, he said. Two of their children were born upstairs. When the couple first bought the business, he said, it was “hard graft,” but they slowly built their country pub into a way of life. Locals come for its expertly poured ale and selection of pies. It’s also a meeting place for the local football and knitting clubs, and vintage car enthusiasts.

“We enjoy every minute,” Graham said.

Condé Nast’s letter, Graham suspected, was prompted by his registering the Star Inn at Vogue as a limited liability company earlier this year. So two weeks after receiving the letter, Graham responded to Condé Nast.

“Whilst I found your letter interesting on the one hand I also found it hilariously funny on the other,” Graham wrote, adding: “If a member of your staff had taken the time to investigate they would have discovered that our company, the Star Inn is in the small village of Vogue, near St. Day in Cornwall.”

Graham wrote that his version of Vogue has existed for “hundreds of years” and that the town’s name does not derive from the English word meaning “popular acceptation or favor” but rather from a Cornish word, which he told The Post refers to a tin house. He wrote that he presumed Madonna did not seek permission from Condé Nast to use the word in her 1990 hit “Vogue,” and “she did not seek our permission either.”

“In answer to your question of whether we would change the name of our company, it is a categoric NO,” Graham wrote, but he nevertheless extended an invitation to company officials to come to Vogue for lunch and a beer on the house.

A spokeswoman for Condé Nast declined to comment on the company’s correspondence with Graham.

For a couple of months, Graham said he received no response from the company. He hung up the company’s letter and his reply for the amusement of the locals. Then, earlier this month, a journalist with CornwallLive.com caught wind of the letters and published an article. News outlets from around the world started calling.

Only then did Graham hear from Condé Nast. In a letter dated May 13, a representative said the company was grateful to “learn more about your business in this beautiful part of our country.”

“I am sure you will appreciate why we regularly monitor use of the name VOGUE, including at Companies House (which is how we were alerted to your company name),” wrote Christopher P. Donnellan. “However, you are quite correct to note that further research by our team would have identified that we did not need to send such a letter on this occasion.”

Graham told The Post he was still slightly “miffed” about the situation and said the fiasco was a “case of a big multinational company trying to stomp on the little guy.” He even considered starting a town publication called Vogue Magazine or taking Condé Nast to court to get it to change its name.

But on Thursday, the pub received a framed apology from the company, and Graham has since changed his tune.

“We could invite them to come and do a fashion shoot down here,” Graham told the BBC. “We could both enjoy this mistake a little bit and have a good laugh about it.”